It’s no Happy Accident that we beat the cold weather 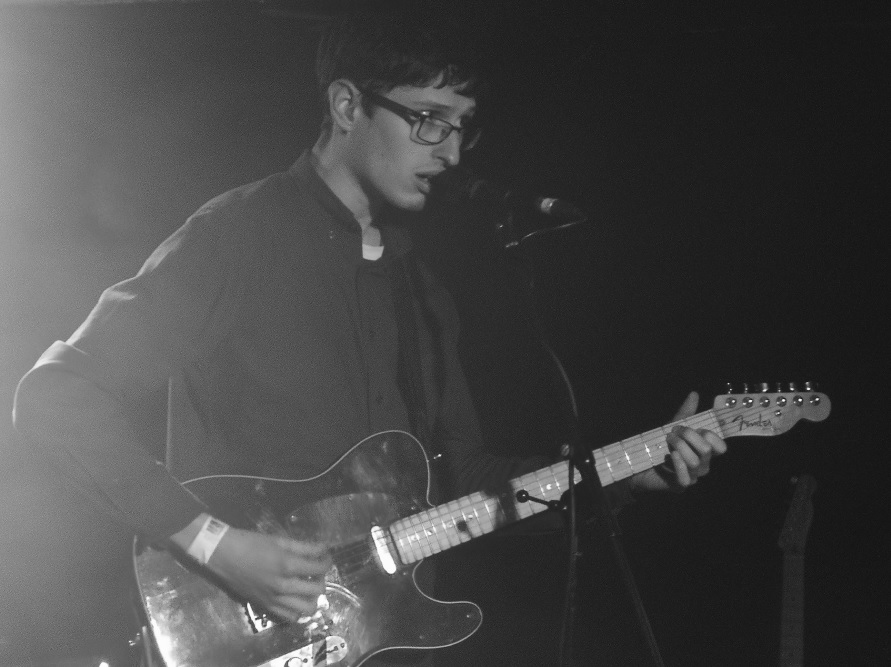 Yes we’ve had snow and some of us have fallen over on the ice, but a warm welcome was in store for us lucky punters at Sticky Mike’s Frog Bar tonight in Brighton.

One the bill this evening were three cheerful young bands that were more than happy to warm the toes and hearts of the Brighton audience present as they jigged about in time to the music. 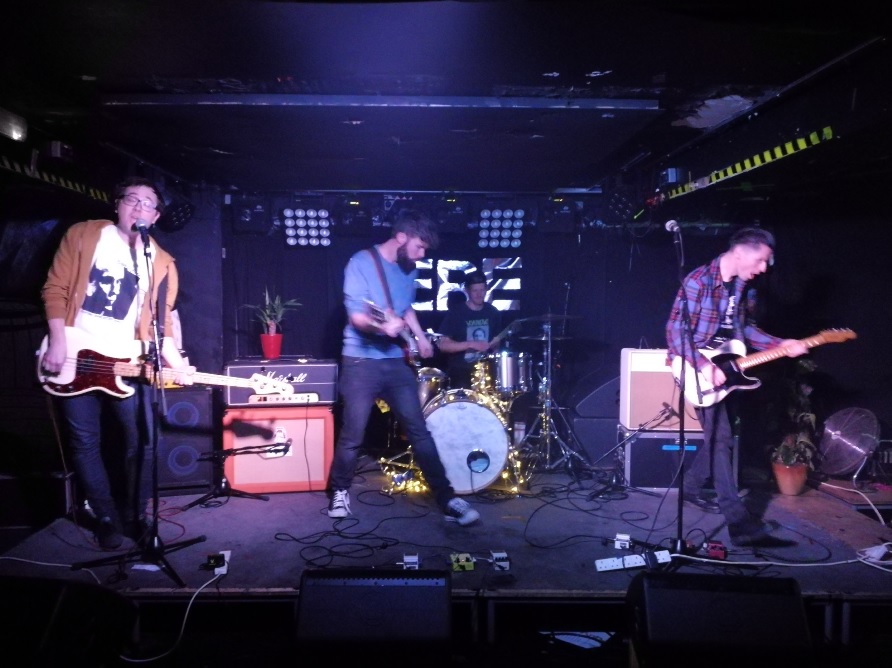 I tell you what, you wouldn’t have ever guessed that in a million years as the guys performed a really tight, loud set of a handful of new tracks. Two of the songs have only just been written this week and don’t even as yet have any titles. Whereas the other three songs can be found here on Bandcamp.

They addressed the crowd confidently and shared some banter with them, such as jokingly debating with the punters whether the band name should in fact be Chip Shop. 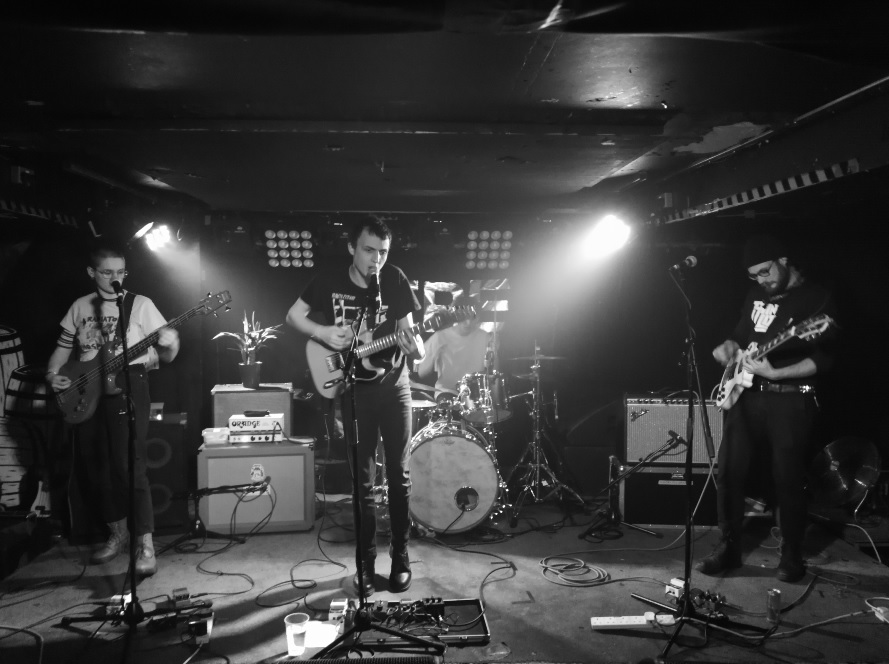 Next up were Leeds quartet Milk Crimes, who can also be found on Bandcamp. However I am not sure what is going on regarding the cost of their ‘I’ll Be Back Soon’ song as it clearly says £1000 or more! Well I’m not certainly paying that for it!

Live, the band sounded as though they liked Weezer’s ‘Buddy Holly’ as my colleague pointed out similarities to the track, but these guys and gal (James, Ellie, Simon and Jake) are a tad faster. 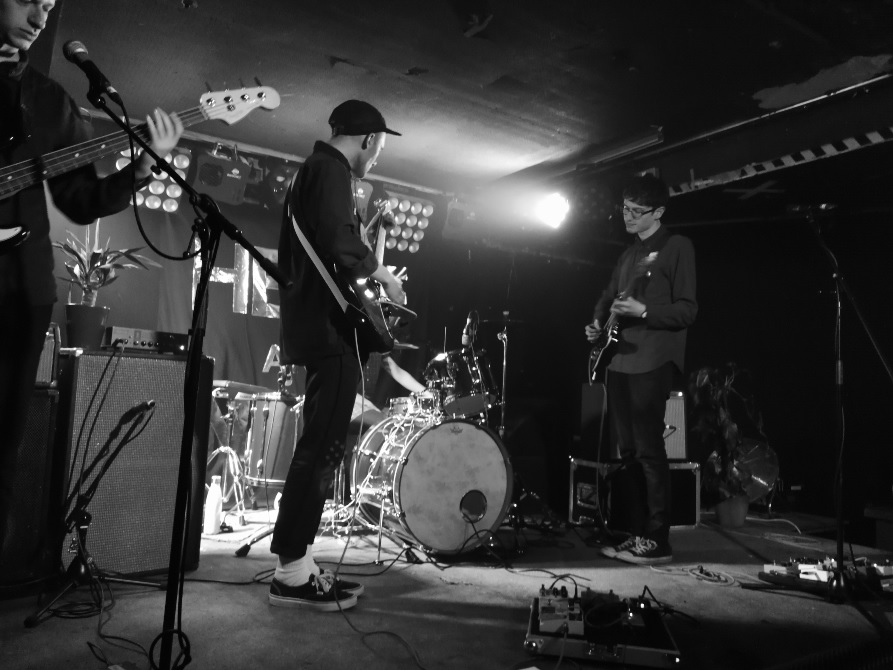 Headliners tonight and for the whole nine date tour were London indie trio Happy Accidents, who are funnily enough Rich on guitar/vocals (a Buddy Holly look alike), Neil on bass and Phoebe on drums/vocals and they were joined by Dean as second guitarist. I’m not sure if this means that the trio have now become a quartet or whether Dean just helps out with the live stuff, anyway it all sounded good to us.

The Happy Accidents were touring in support of their engaging new album ‘Everything But The Here And Now’, which was released on 16th February via Alcopop! Records.
The new record sees drummer Phoebe taking joint lead vocal duties for the first time and this evening I was particularly impressed with her multitasking as she sang and drummed at the same time on several of the songs. 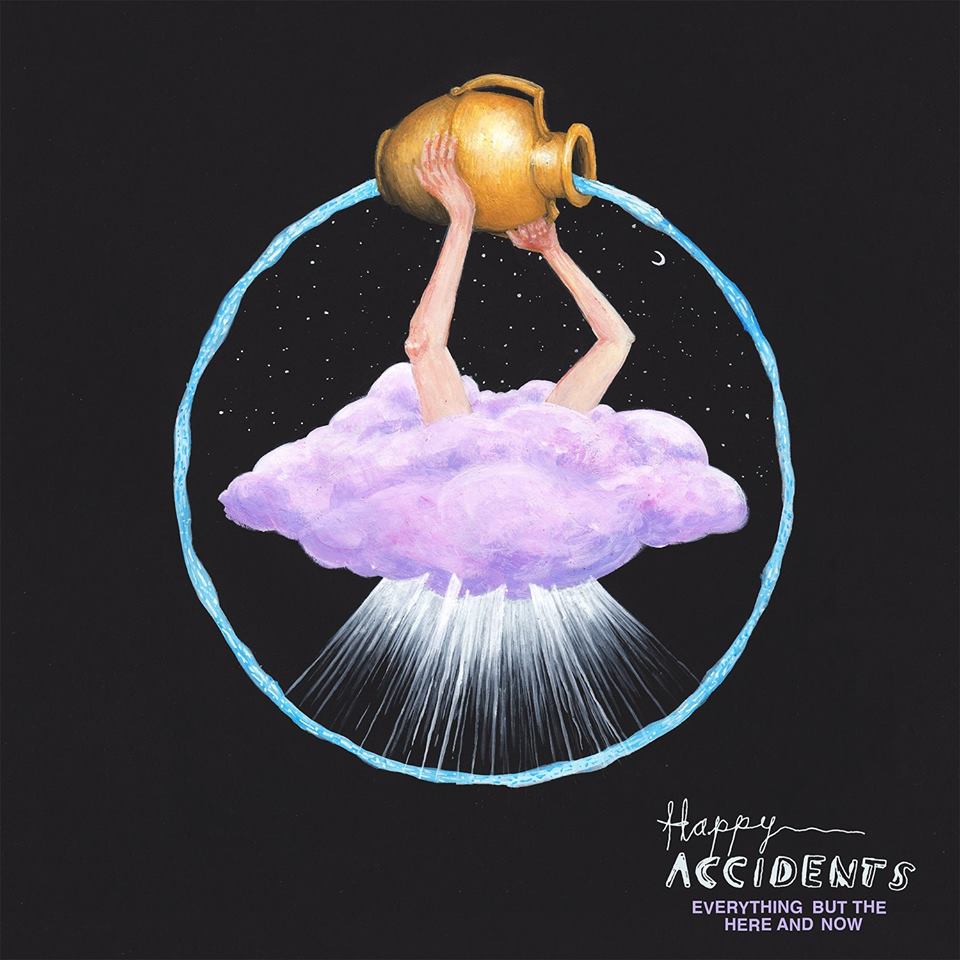 ‘Everything But The Here And Now’ by Happy Accidents

‘Everything But The Here And Now’ marks a real period of growth for the fledgling outfit, who have concentrated on pushing the whole sound of the band forward from the solid DIY roots they sunk on 2016 debut album ‘You Might Be Right’.

The band tonight played a highly enjoyable set mainly made up of recent compositions and Rich’s enthusiastically geeky stage manner makes the outfit all the more endearing. In fact they have already played The Great Escape and the Reading and Leeds Festivals and have had their music broadcast on BBC Radio 1 by Huw Stephens and Annie Mac as well as BBC Radio 6’s Steve Lamacq. They have also featured in Kerrang!, DIY, Noisey and Upset publications, so the future is looking rather bright for this young band.

Those present at Sticky Mike’s were treated to around a dozen songs tonight, including my fave track ‘Wait It Out’ (which has a great video on YouTube that accurately sums up the band) and an encore of The Killers ‘When We Were Young’ and indeed the band are young and have a bright future ahead of them.

The Happy Accidents setlists for tonight’s performance varied somewhat from member to member as far as we could see, but those commonly listed were: ‘Nunhead’, ‘Wait It Out’, ‘Leaving Parties Early’, ‘Float’, ‘Act Naturally’, ‘Free Time’, ‘Different Views’, ‘Facts And Figures’, ‘Chameleon’, ‘A Better Plan’, ‘Text Me When You’re Home’ and ‘When We Were Young’. 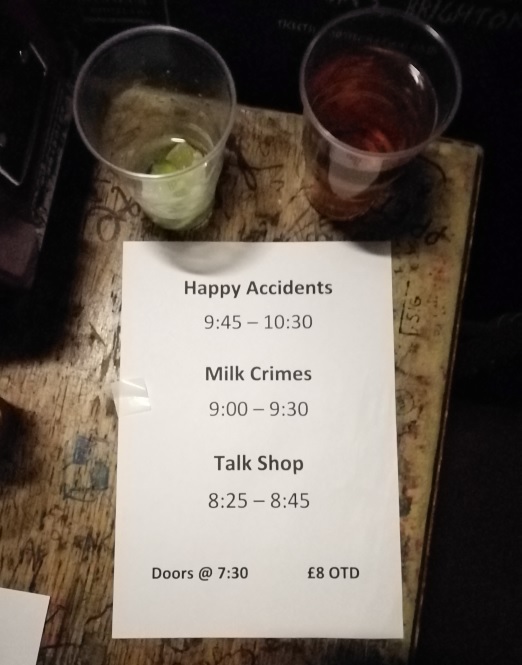 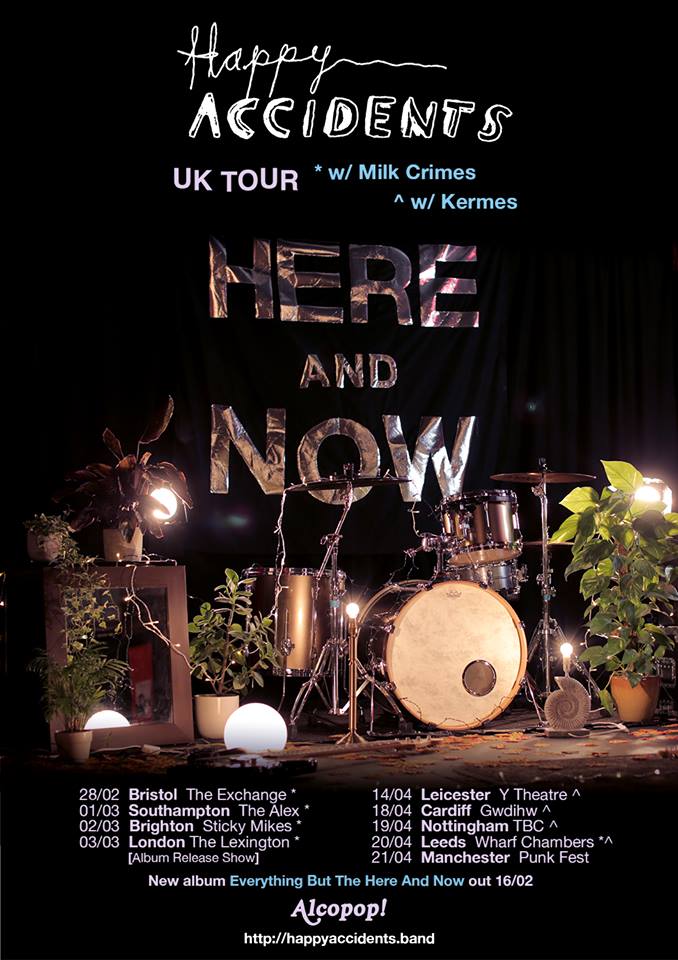