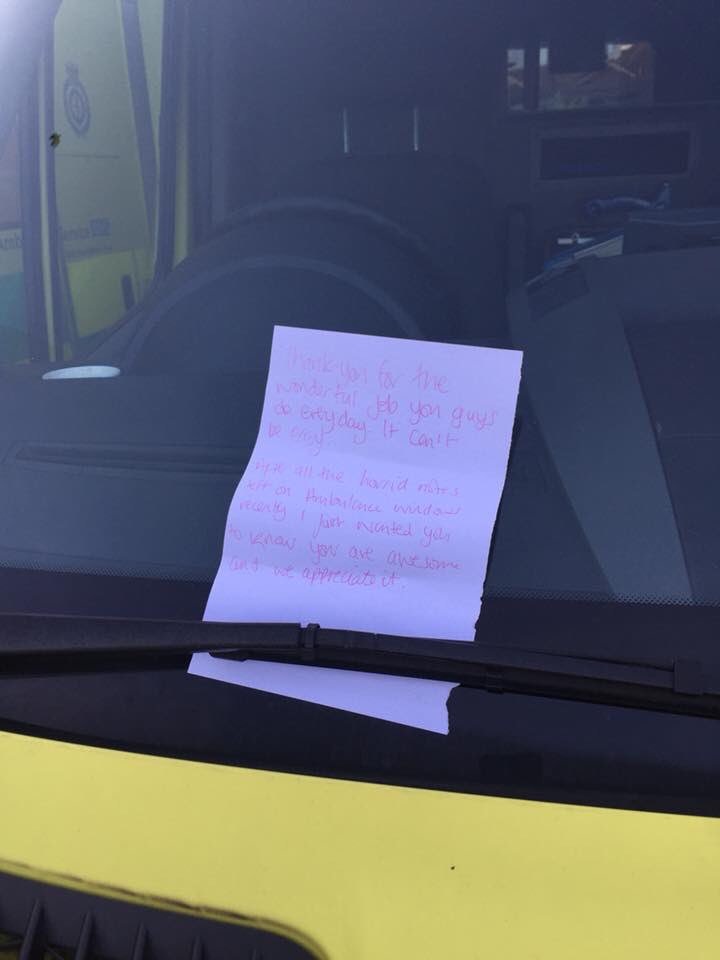 A letter left on the windscreen of an ambulance parked outside the Royal Sussex Hospital in Brighton has reversed a worrying national trend for abusive notes and thanked paramedics for their hard work instead.

Paramedic Tim Fellows tweeted a picture of the note yesterday evening, adding his thanks to whoever had left it.

The unsigned note reads: “Thank you for the wonderful job you guys do every day. It can’t be easy.

“After all the horrid notes left on ambulance windows recently, I just wanted to let you know you are awesome and we appreciate it.” 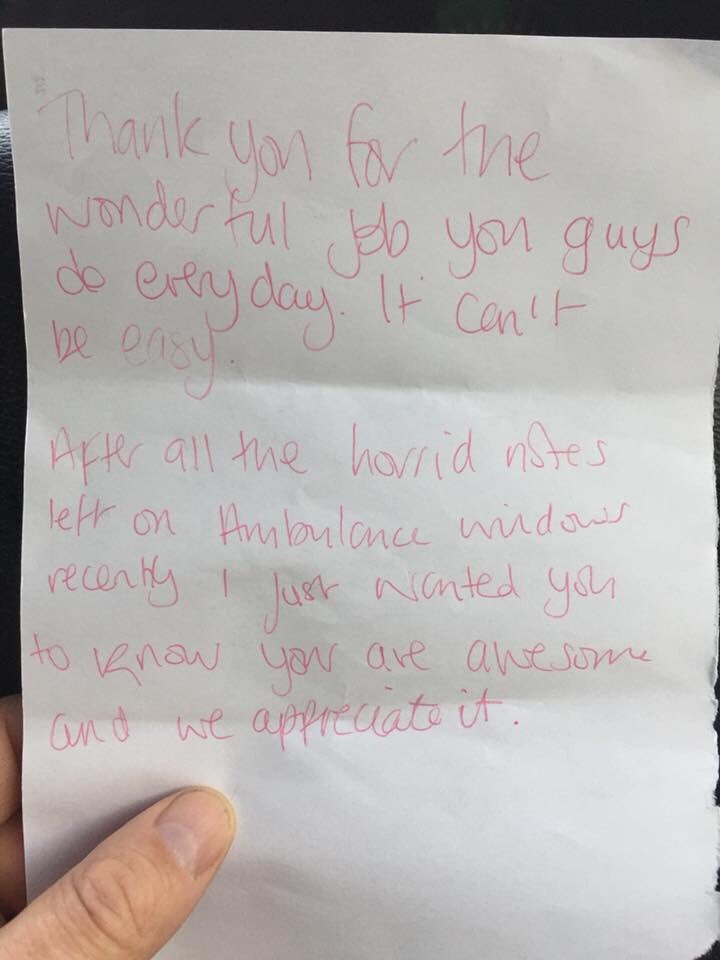 Mr Fellows, who works for South East Coast Ambulance Service as an operation unit manager in Brighton and Hove, said: “We’ve all seen the nasty notes left on ambulances across the country.

“One of our Lewes crews had the note up there and they were really chuffed with it.

“There’s been three or four nasty notes left in other parts of the country. Occasionally we do get some pressure from residents, but this was a really nice thing for the crew to find.

“It’s given everyone a bit of a lift today.”

A South East Coast Ambulance Service spokesperson said: “This was a lovely gesture and reflects the high regard in which the public hold our staff. Thanks to this anonymous note this will be reiterated to many hard-working and dedicated ambulance staff across the country.”

Last month, Stoke-on-Trent woman Kirsty Sharman, 26, was fined for a public order offence after hurling abuse at paramedics for parking outside her house.

A note she left on the windscreen which said she didn’t care if the whole street collapsed went viral, and she later described herself as the “most hated woman in the world”.