A housing campaigner has uncovered the identity of a sub-contractor accused of overcharging Brighton and Hove City Council by a six-figure sum. 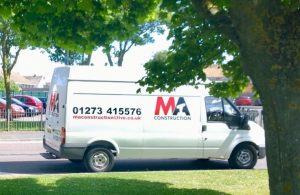 Steve Parry revealed that MA Construction (Brighton), a Portslade company, was responsible for embroiling housing maintenance and repairs contractor Mears in a half-a-million-pound dispute with the council.

Mr Parry identified MA Construction, builders and plasterers, after a two-and-a-half-year freedom of information battle with the council.

Mears is understood to have paid the council at least £513,000 to resolve the dispute which came to light as the result of contract compliance work and an internal audit.

Councillors were told that the company had been barred from working for the council and that Mears would try to recover as much of the overcharged money as it could from the sub-contractor.

There have been concerns that keeping MA Construction’s name secret has cast suspicion on contractors and sub-contractors who were unconnected with the overcharging.

Mr Parry described the catalogue of overcharged work as a fraud although a second dispute – over the cost of electrical work on behalf of the council by Mears – has highlighted issues around how jobs are appropriately costed.

The second dispute, still not finally resolved, is believed to involve a sum in excess of £300,000.

The two cases follow a fraud investigation by Sussex Police into a separate £18 million temporary and emergency housing contract, unrelated to Mears.

Referring to the row over overcharging for plastering, Mr Parry said: “Since 2015 I have been attempting to obtain details of how this fraud took place, who was responsible (or at least took the blame) and the true amount of ‘overcharging’ by the contractors involved.

“The (council’s) head of internal audit said on (Friday) 18 November 2016 that details will not be released and even refused to provide information on the sums involved.

“I now find that this may have been because a deal was done with Mears Ltd to guess at the figures involved.

“The sub-contractor involved can now be named despite strenuous attempts by Mears and Brighton and Hove City Council to keep the company and the details of the fraud confidential.

“ He said that the company was MA Construction (Brighton) Ltd, which was incorporated in November 2010.”

Other documents at Companies House suggest that Asa Hudson may be 32 and give other addresses for him – Valley Road, Portslade, and Millcroft Avenue, Southwick.

Those documents include forms relating to another company called MA Construction (Sussex) which was struck off last year never having submitted accounts or annual returns.

Mr Parry said: “The internal audit report, withheld from most, if not all, councillors attempts to hide the massive fraud perpetuated for up to two years.

“It is understood that Mears checked these jobs and judged them to be satisfactory.”

Mr Parry said: “Councillors and the citizens of Brighton must be given the facts .

“The report must be published in the interests of transparency and accountability.

“An investigation involving the community must look into the full scale of the fraud and the clear involvement of those beyond MA Construction.

“Criminal prosecutions must be sought.”

Councillors were told at an Audit and Standards Committee meeting that the case did not meet the high threshold for criminal fraud.

The council said: “Our housing contract compliance team identified overpayments had been made to a Mears sub-contractor working on responsive repairs. These issues were reported and discussed at a number of Audit and Standards and Housing and New Homes Committees during 2016.

“As those reports stated, we worked with Mears to investigate and recover the payments owed, and improve the control and inspection regime with Mears and their sub-contractors. The money overcharged by the contractor has been repaid to the council in full.

“Our understanding is that Mears were taking legal action against this sub-contractor and advised us that naming the contractor was commercially confidential while that action continued.”

Mears said: “As was reported at the time, we paid back all money owed, some three years ago now, and took legal action to reclaim the money from the sub-contractor.

“At the time, we worked with the council to improve processes and we continue to work closely with them.

“We also work with many great local companies who provide an excellent service for us and to Brighton and Hove.”