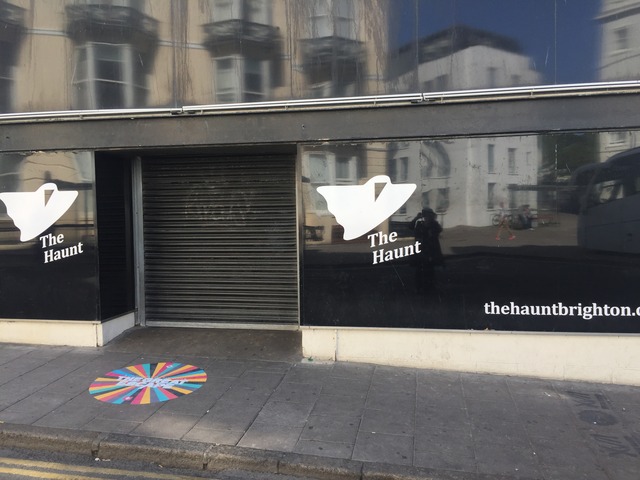 Anti-social behaviour, noise and crime were raised as issues as The Haunt night club sought a new licence.

Currently in Pool Valley, the club is moving to the former Dirty Blonde premises in East Street, Brighton, as the Grosvenor Casino is extending into the Pool Valley site.

It could still operate under Dirty Blonde’s licence but owner Matthew Dimmock wants to change the layout and open later – until 4am.

Neighbours shared a catalogue of complaints with a Brighton and Hove City Council licensing panel, describing anti-social behaviour and a breakdown in communication between them and the venue.

Debbie Gibson-Leigh, who chairs the Brighton Old Town Local Action Team, said that some people had lived in Clarendon Mansions since 1975, when the building next door was the ABC cinema.

She said that since the change in licensing laws in 2005 people living in the area had experienced noise from people “coming and going at all times of night”.

Describing the neighbours’ relationship with The Haunt, she said: “I do not think they really engaged with residents.

“They don’t really care how we feel about this issue.”

Clarendon Mansions resident Simon McGarity told the panel that he was concerned about the increased number of people in the area as he believed that it would make matters worse.

He said: “I have seen people fighting, buying drugs, doormen beating the hell out of customers, (people) having sex and urinating in the streets.

Mr McGarity added: “The stench of urine I can smell from my home is extremely disgusting and I do not think it is acceptable.”

He also complained about the noise from glass bottles being tipped into bins.

Police licensing officer Mark Thoroughgood described the  East Street area as one of the focal points for Operation Marble, the high-visibility policing of Brighton’s clubland on Friday and Saturday nights.

He said: “The area has a number of different clubs and is a main thoroughfare to all the other clubs on the seafront.

“There are dark alleyways where people are drug dealing.

“People can be seen as easy pickings in this area because of their intoxication levels.”

Mr Thoroughgood said that that the licence for The Haunt had not been surrendered by the landlord. His concern was that if the casino failed, there would be two night clubs by each other closing at 4am.

Mr Dimmock said that if another club opened at his former site, he would close The Haunt at 3am.

Mr Dimmock also told the panel that if he was granted a 4am licence, the club’s layout would change so that the live music area moved to the back of the building, away from residents.

An internal queuing system with enough room for 100 people is also planned, along with a bin store inside the building.

After hearing MrMcGarity speak about the noise of bottles being binned, Mr Dimmock offered to accept a restriction to the proposed licence to limit the disposal of glass to between 9.30am and 1pm.

And speaking about anti-social behaviour in Brills Lane, he said: “Residents are not the only people disgusted by it.

“I do not believe the anti-social behaviour is as a result of my club.”

Mr Dimmock came under fire over the poor relationship with residents.

Councillor Jackie O’Quinn, the Labour member who chaired the licensing panel hearing at Hove Town Hall on Friday (28 September), said: “There should have been a much better relationship beforehand or I do not think there would be so many representations.

“You need to have a formal arrangement with local residents to meet them on a regular basis.

“Otherwise if residents make complaints then there is a case to review the licence.

“They are no longer willing to put up with more crime and disturbance.”

Further restrictions suggested were for The Haunt to stop serving alcohol at 3.30am but close its doors at 4am.

Mr Dimmock was told that he would be notified of the panel’s decision by post within the next week.