An ethereal “pink rainbow” spread a blush over the skies above Brighton and Hove last night at sunset. 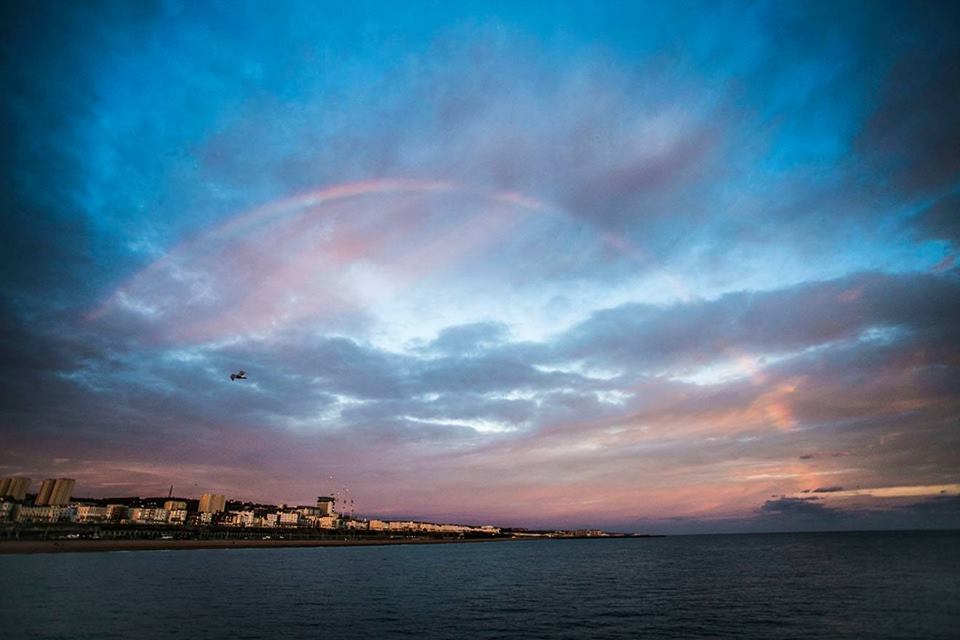 Pictures of the rose-tinted clouds were posted on the Brighton Skies Facebook page, including this one by Colette Chitty taken from the Palace Pier, above, and this one by Rob Richards taken in Preston Park, below. 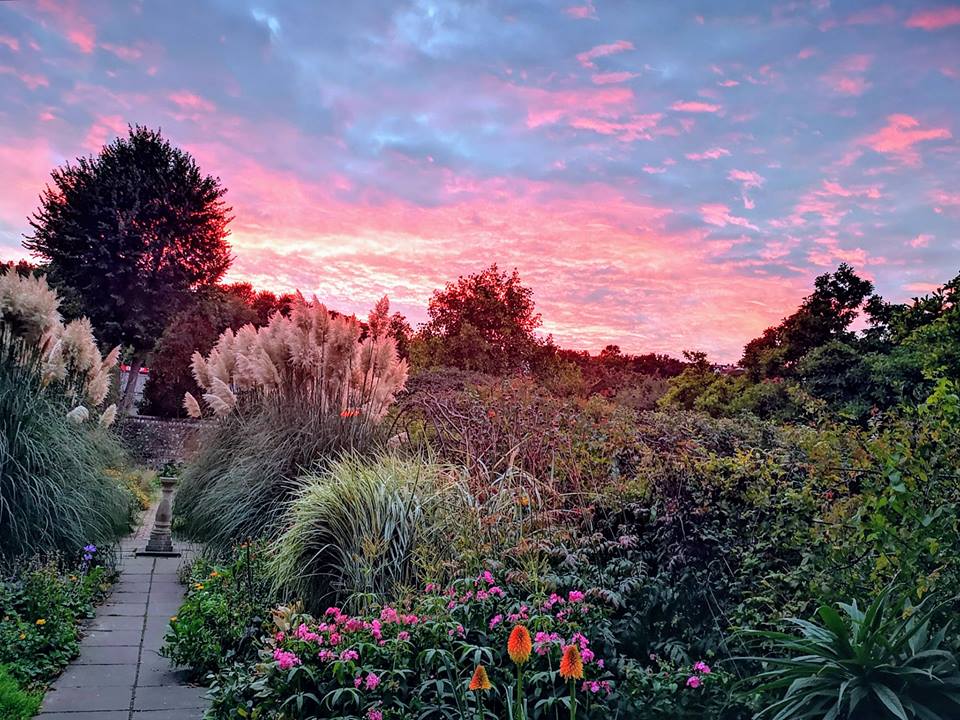 The Met Office said the effect was likely caused by the sunset hitting droplets either in the clouds or possibly in the damp sea air.

A spokesman said: “The rainbow will be caused by the sunlight refracted through water droplets in the air. The pink tinge is from the fact that it’s sunset – the same light scattering that causes sunsets to appear red is colouring the rainbow.

“A red rainbow or a monochrome rainbow is formed in the exact same way to a multi-colour rainbow, the only difference is that a red rainbow requires the sun to be close to the horizon. So it is really just a rainbow occurring at sunrise or sunset.

“The light we receive from the sun looks white to the human eye but it is actually made up of many different colours all blended together.

“The light comes to us in the form of waves, with red having a longer wavelength and blue and violet having a shorter wavelength.

“The gases and particles in the atmosphere scatter this light as it passes through our atmosphere.

“This type of scattering is known as Rayleigh scattering and is more effective at shorter wavelengths – so the shorter blue wavelengths are scattered more strongly than longer red wavelengths. This is why during the day the sky appears blue.

“But when the sun is close to the horizon, such as at dawn or dusk, the light has a greater depth of atmosphere to travel through. So by the time this light reaches us, all that is left is primarily the longer red wavelengths.

“This is why we see red sunsets or sunrises. For red rainbows, or even the multi-coloured rainbows, all we need to add in is rain or the presence of water droplets.

“When light interacts with a raindrop, it passes from the air, a low-density medium, to water, a higher density medium. And this slows it down.

“This process is known as refraction and it splits the light into an arc of colour as the different colour wavelengths of light refract at different angles.

“This light then hits the back of the raindrop and if the angle of incidence is large enough – it is reflected back rather than passing straight through. This is known as Total Internal Reflection.

“Light refracts again as it leaves the raindrop and the colours are further dispersed.

“This gives us the multi-colour rainbows we see if white light is refracted, but if we are only left with the longer wavelengths then the primary bow is mainly red.”