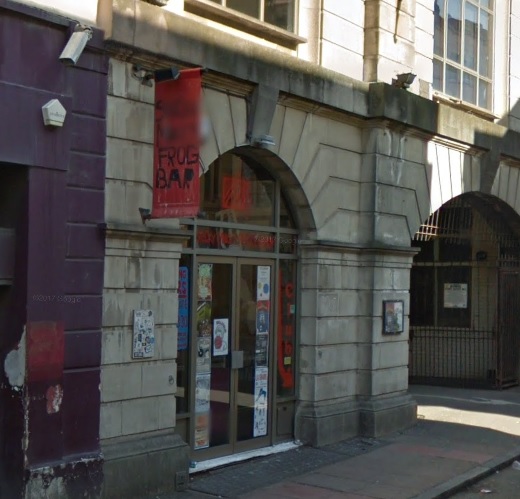 The closure of another popular Brighton live music venue should be a “wake up call” to the authorities about how the industry needs more support, according to a music venues charity.

The Music Venue Trust, which was set up to protect, secure and improve grassroots music venues, said that Sticky Mike’s Frog Bar is an institution – and its closure is a “perfect summary” of the issues facing other venues.

The Laine Pub Company, which runs Sticky Mike’s, in Middle Street, said that it was closing at the end of the year because it decided not to renew the lease – and the venue management said there were “far too many issues” to make running it viable.

Although it did not specify which these were, the Music Venue Trust listed a catalogue of pressures facing grassroots spaces up and down the UK.

It says: “Rent, rates, costs too high, profit margins non-existent, a new development coming at them which inevitably means noise challenges, a decaying infrastructure it’s too expensive to maintain, licensing conditions which cut into business … it’s a mess and not of their own making.

“Frankly, the team at Sticky Mike’s should get a medal for keeping it going this long. Every venue team you know is fighting these battles. We should erect statues to the lot of them.

“The only solution to these problems is a dramatic and urgent change in the attitude from local authorities, government, the music industry and the cultural sector.

“The loss of Sticky Mike’s should be a wake up call to Brighton and Hove City Council, to UK Music and the BPI, to Arts Council England (and) to the Department for Digital, Culture, Media and Sport.

“All too often each of these venue closures has been treated as a single problem rather than part of a larger picture. The whole grassroots music venue circuit is at a crossroads on these issues and fine words butter no parsnips.

“It’s no good everyone putting out supportive messages if the same basic economic model the government, music industry and cultural sector insists upon remains in place, making it economically impractical and unsustainable to run a grassroots music venue.

“It’s time for everyone to listen and act.”

Two new large hotel developments in Middle Street are in the pipeline – one at the former Synergy night club, where developers have permission to build a luxury hotel, and another at the Hippodrome, which the new owners reportedly want to convert into a hotel and flats.

In a message posted on its Facebook page, Sticky Mike’s said: “It is with huge sadness and regret that we have to announce that Sticky Mike’s will close on (Monday) 31 December this year. We have tried all options to keep going but there are far too many issues that cannot be resolved to make carrying on viable.

“Running a grassroots music venue is tough but we’ve had a blast over the last seven years putting on some amazing shows and parties, breaking moulds and giving artists the chance to go on to bigger things, which has always been our mission from day one. Thankfully we still have the Hope and Ruin to make even better and the East Street Tap will be changing in 2019 to host more live shows.

“For now though we will be planning a lot of very big parties as we plan to go out with an almighty bang! Thanks to everyone who has supported us over the years, everyone who has played at the venue but most of all everyone who has just hung out and made the space what it is. More announcements soon.”

A spokesman for the Laine Pub Company, which runs Sticky Mike’s, said: “It’s not a noise complaints issue, although that’s always something that music venues struggle with.

“The lease has come to an end and we’re not renewing it. Hopefully someone else will take it on.”

In 2016, the council set up a special policy panel meeting which heard from promoters and venues about the issues facing the city’s live music industry after the closure of two venues, the Freebutt and the Blind Tiger Club.

Sally Ann Oakenfold spoke about how Sticky Mike’s had grappled with noise complaints and also how strict rules about not allowing under-18s in to hear bands play had also posed a challenge.

The council said that no noise complaints had been received about Sticky Mike’s since 2016. A licensing complaint about smoking was received in May 2018.