Enjoyable night of synthpop to hail release of new EP 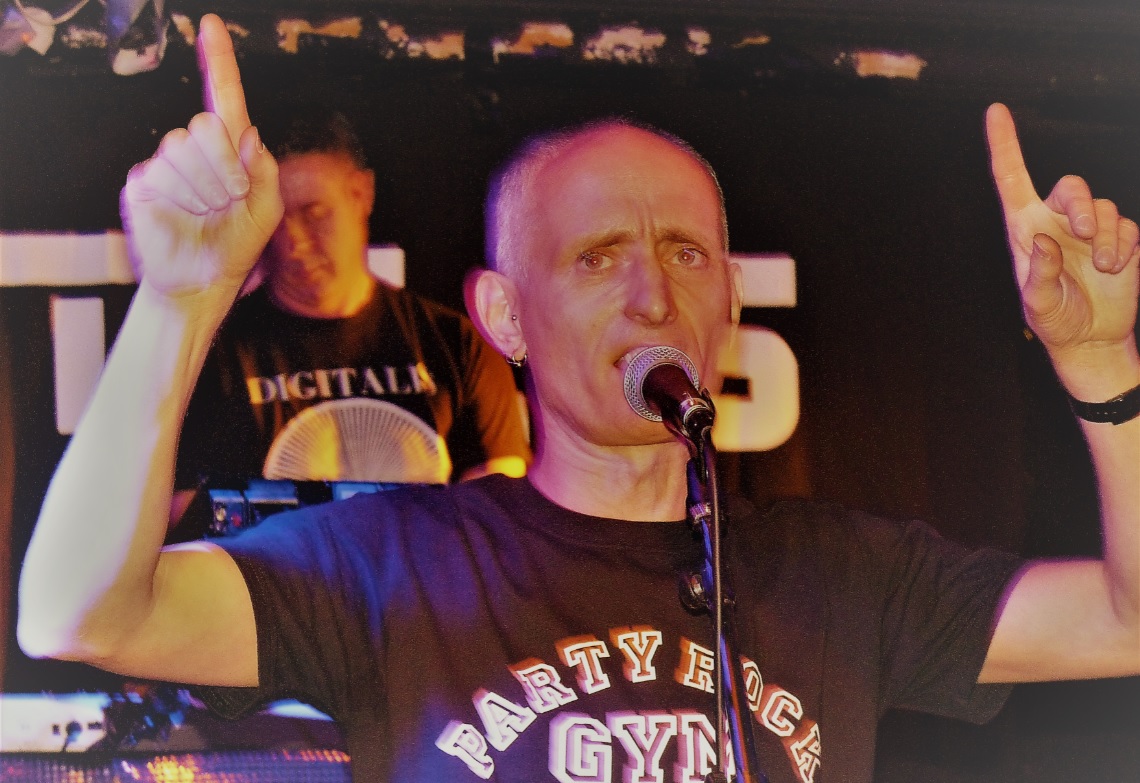 Tonight seems to have been a busy night in the local music calendar as we had a choice of at least three offers from bands and promoters to attend their special nights of music.

Sadly, we were unable to attend them all and so we have to be correct with our decision as to which event to go to. We chose to head out of Brighton and make our way to the Con Club on Lewes High Street as the music headliners were unveiling their first new music release in ten years and so clearly this wasn’t an everyday occurrence. 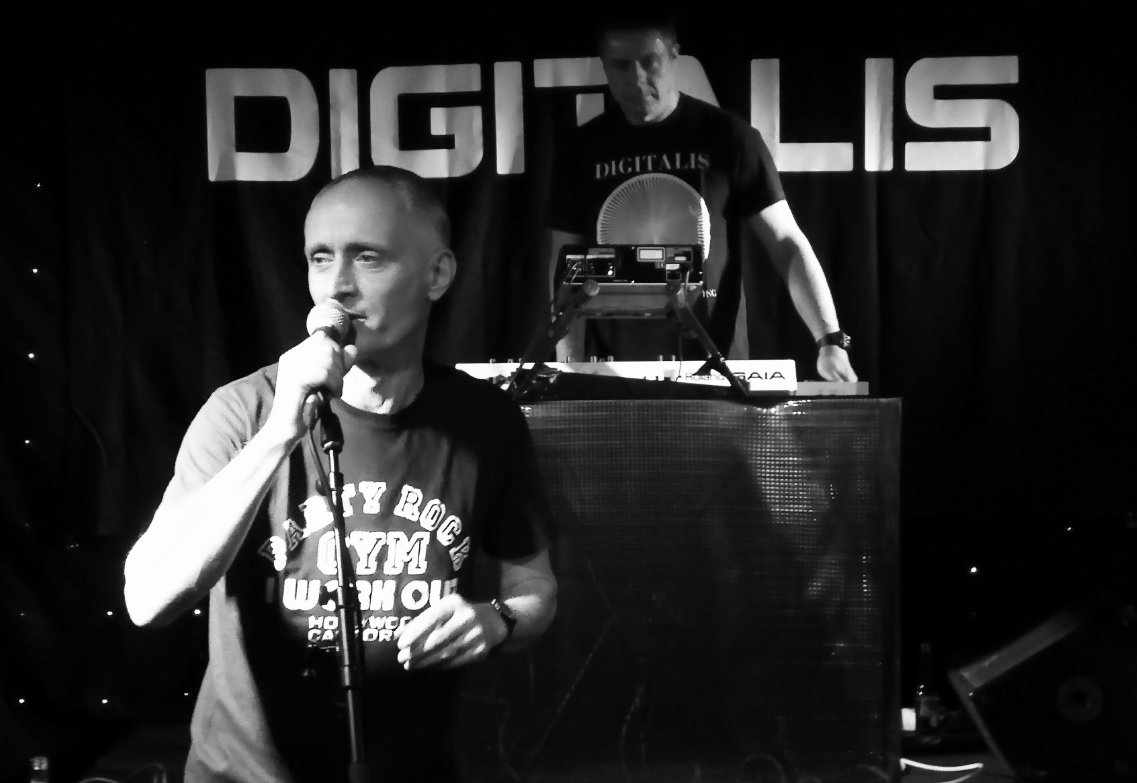 The launch was from DIGITALIS (Graham Denman & Mike L’Angellier) who were this evening unveiling their brand new 5-track ‘Hold On To Me’ EP.

DIGITALIS were formed in Slough in 1986 and have cited over 30 years of electronic influences. This highly anticipated EP release from the duo, sees them amalgamating all of their previous strengths, including synthpop, Hi- NRG, industrial rave, techno and EDM. 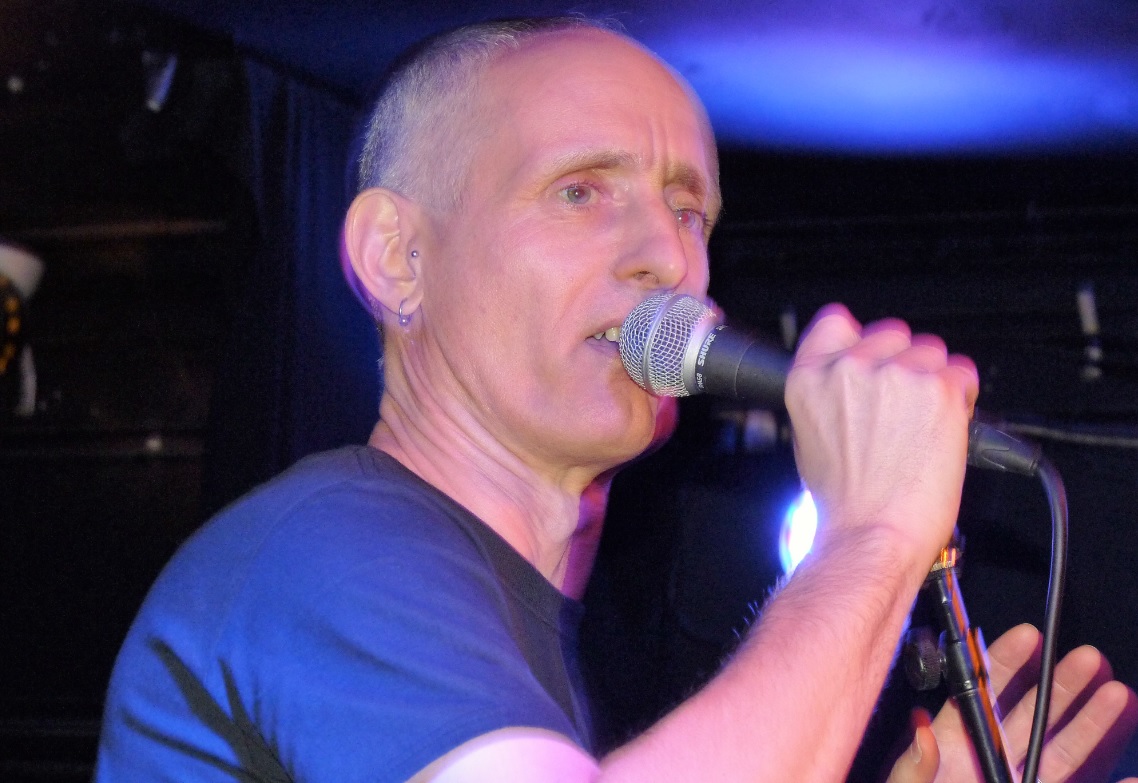 The ‘Hold On To Me’ EP is the band’s first release in 10 years, since their highly acclaimed double album ‘Collections Of Conditions’.

So tonight in Lewes, the punters were treated to three decent music acts, who are each occupying their own niche within the music spectrum. 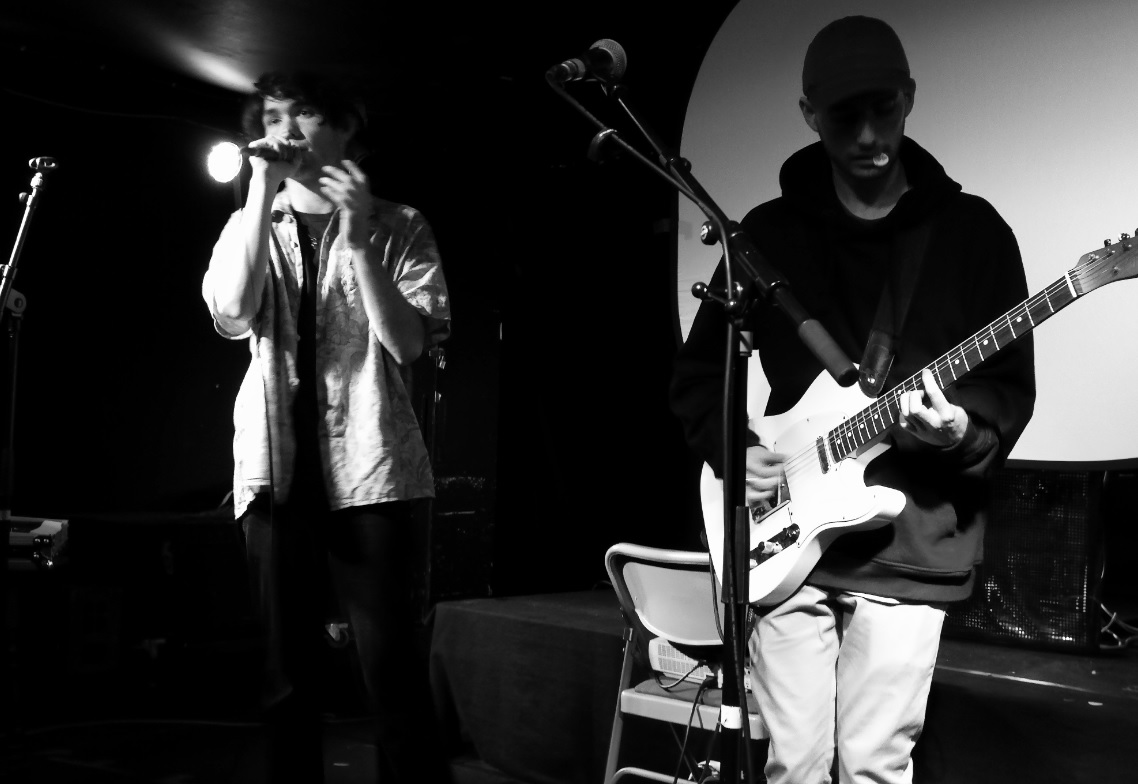 First up were the youngsters, namely Josh Craggs and Jordan Terry who go by the name of Kid Ivy. These lads met at college and then moved down Brighton and are an Indie/Electronica/Alternative duo. Last December they unveiled their debut 6-track ‘Foreign Lands’ EP which is a mix of emotive melodies, progressive electronica sounds and plangent guitar hooks to provide material influenced by artists from all ends of the music spectrum. 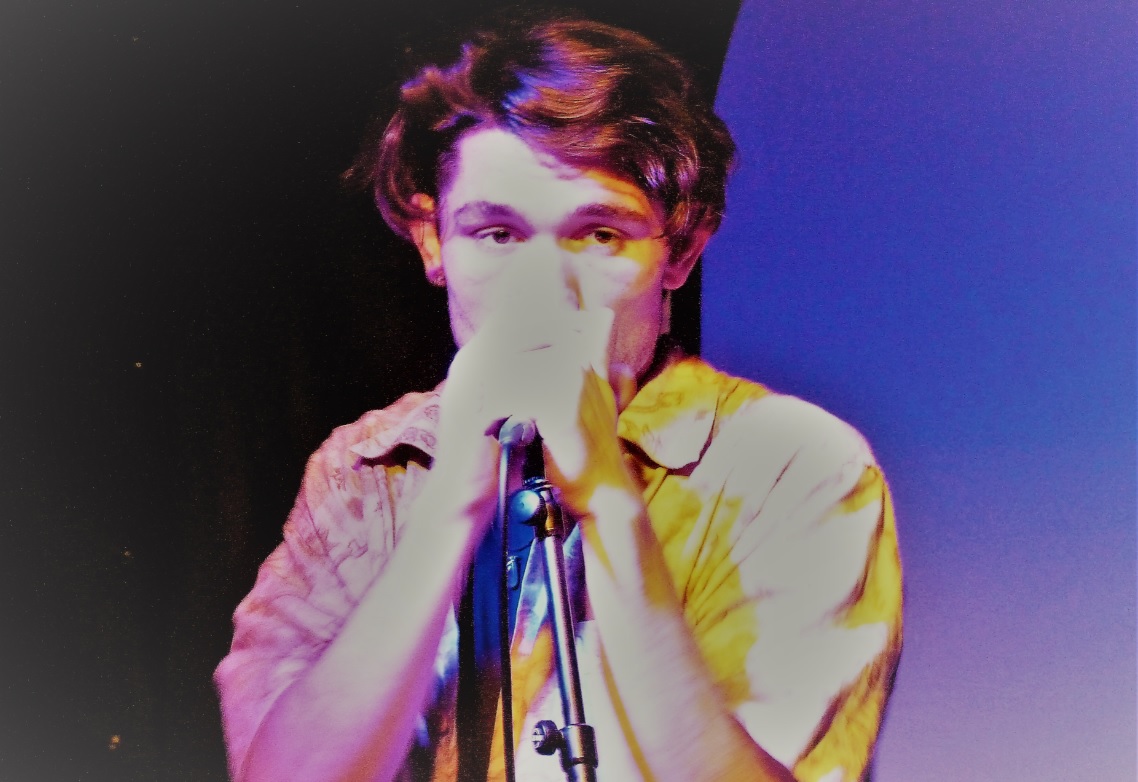 The key words here are ‘all ends of the music spectrum’, as the boys set in Lewes started in territory akin to acts such as The XX and The Killers and then we followed the lads through their musical journey and ended up in territory held by the likes of Crystal Castles – it was quite a contrast, but their set was all the better for it. I wouldn’t have guessed at the beginning of their set, that we would have ended up musically where we did. It was unpredictable and a good reflection of the talent of these two young lads.

BBC Introducing have already picked up on the lads and I reckon with the right backing and a decent manager that can pull out all of the stops, that these boys could possibly be heading for singles chart success. They wouldn’t be out of place supporting the likes of CHVRCHES – now there’s a challenge lads! 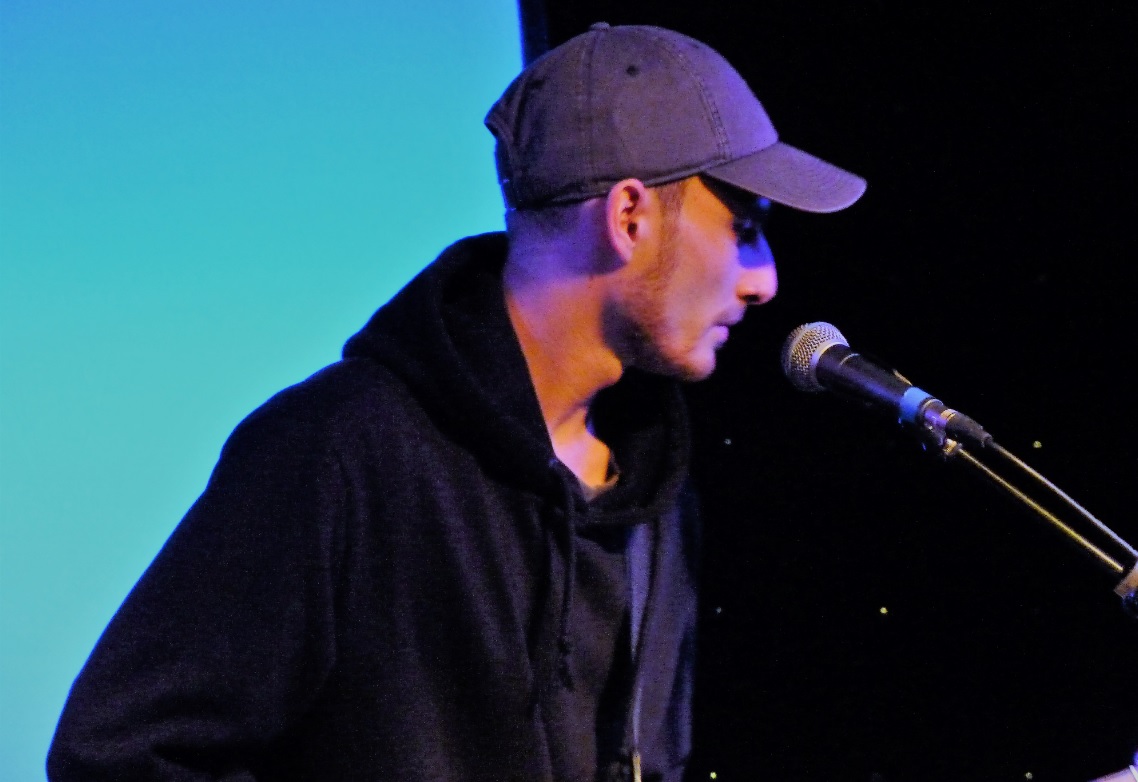 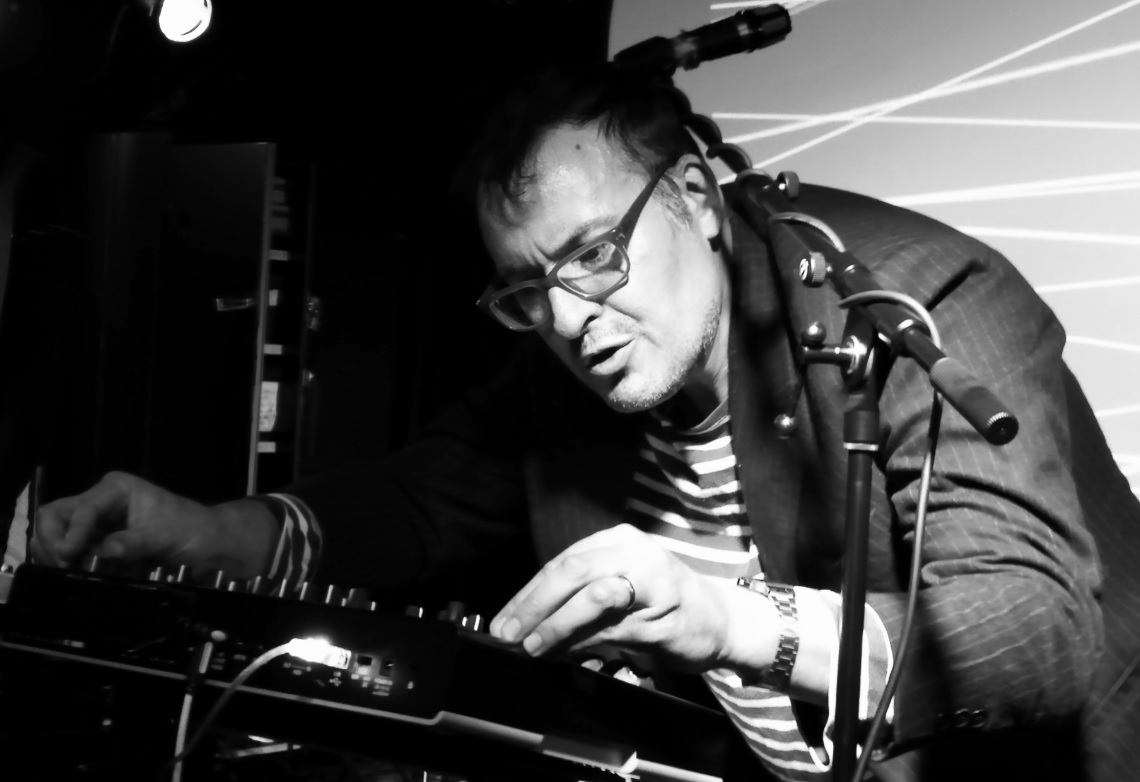 Next up tonight, were the tremendous Battery Operated Orchestra, who have recently unveiled their intriguing Cold War themed new album ‘Snare’ to much aplomb. We discuss the album HERE. 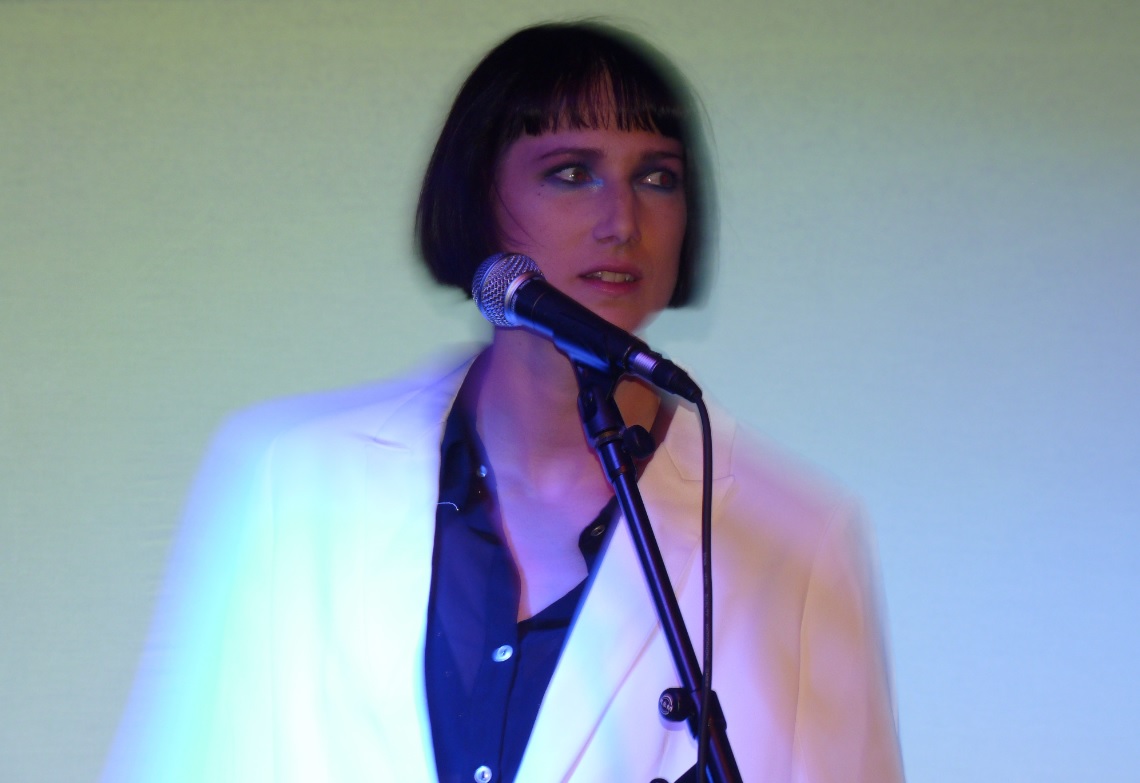 Battery Operated Orchestra aka BOO are Brigitte Rose, who hails from far off distant shores (Tasmania) and Chris Black whose roots lie north of the border (Scotland), but now reside just a few miles east of Brighton. 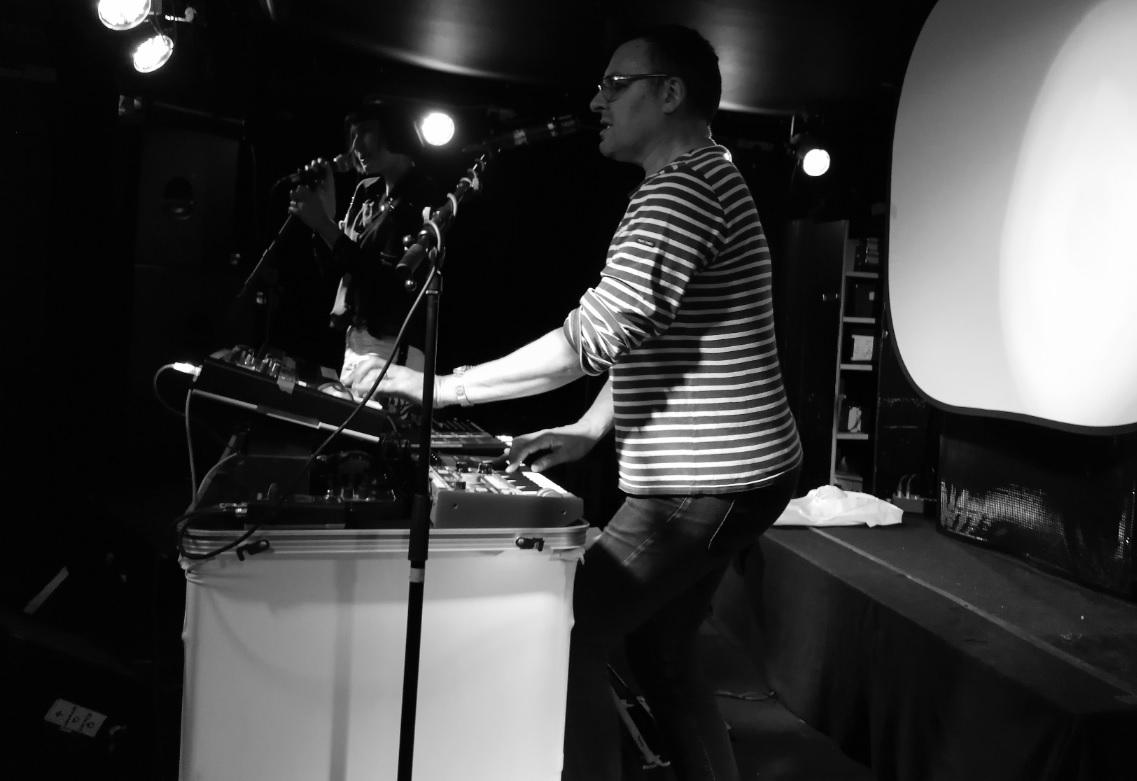 This husband and wife synth duo are not only some of the very nicest people that I know within the music industry, but they for me are making some of the very best synth music made by anyone from around the globe. So BOO appearing on the bill tonight was pure joy for me. As usual, they did not fail to disappoint and I have to say that they were both particularly on form tonight, with Chris hitting those juicy synth notes and pushing them out into the crowd as in ‘go on and have some of that!’ and Brigitte over exaggerating her dance moves a tad more than usual. It was clear to see that they were indeed really enjoying themselves! 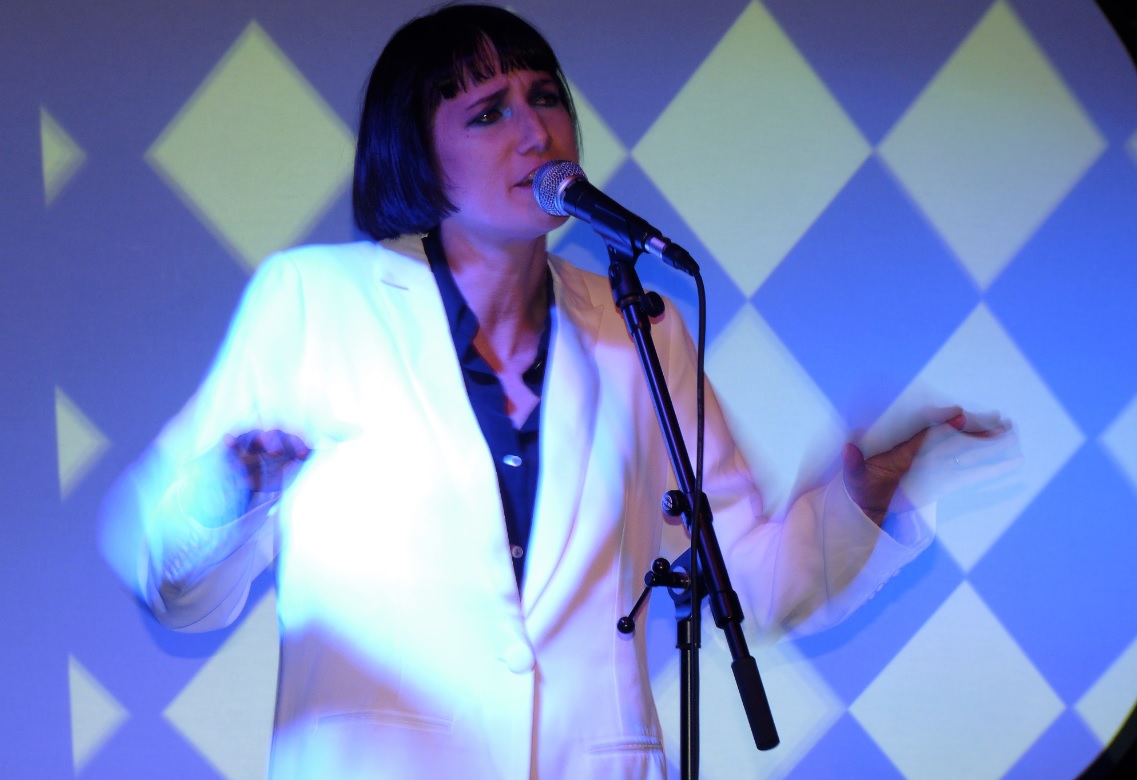 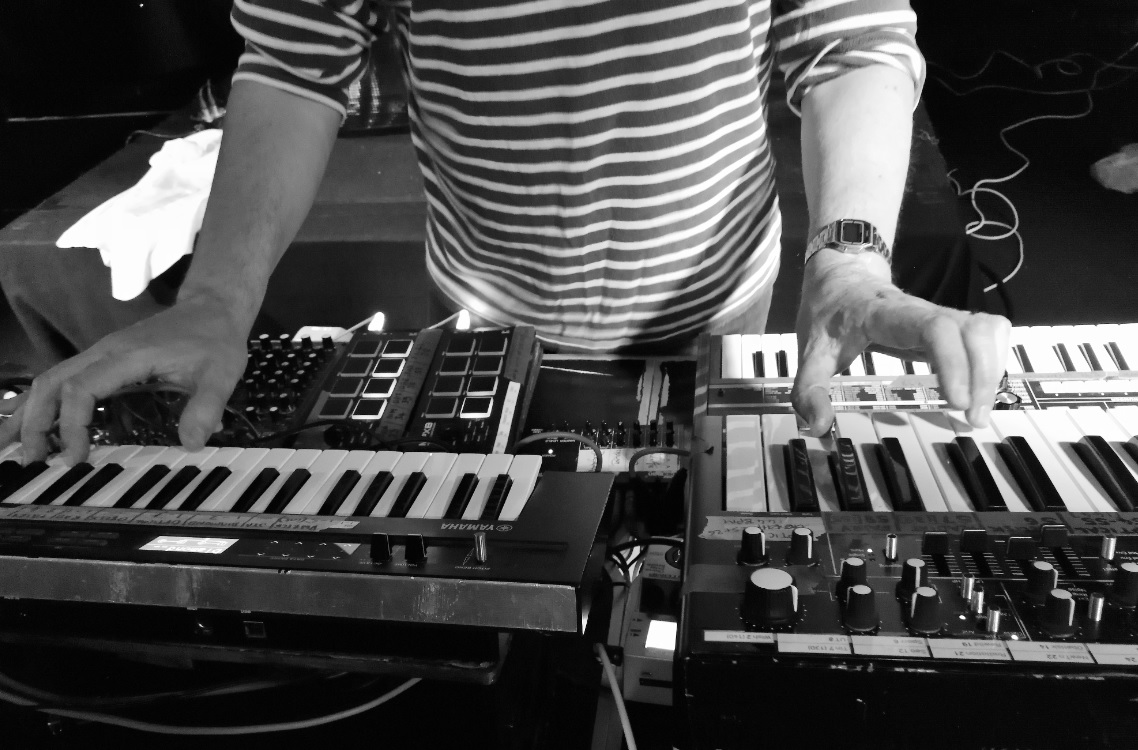 It now finally time for DIGITALIS to take to the stage, with Graham on vocal duty as usual and Mike heading up everything electronic, the boys were off! 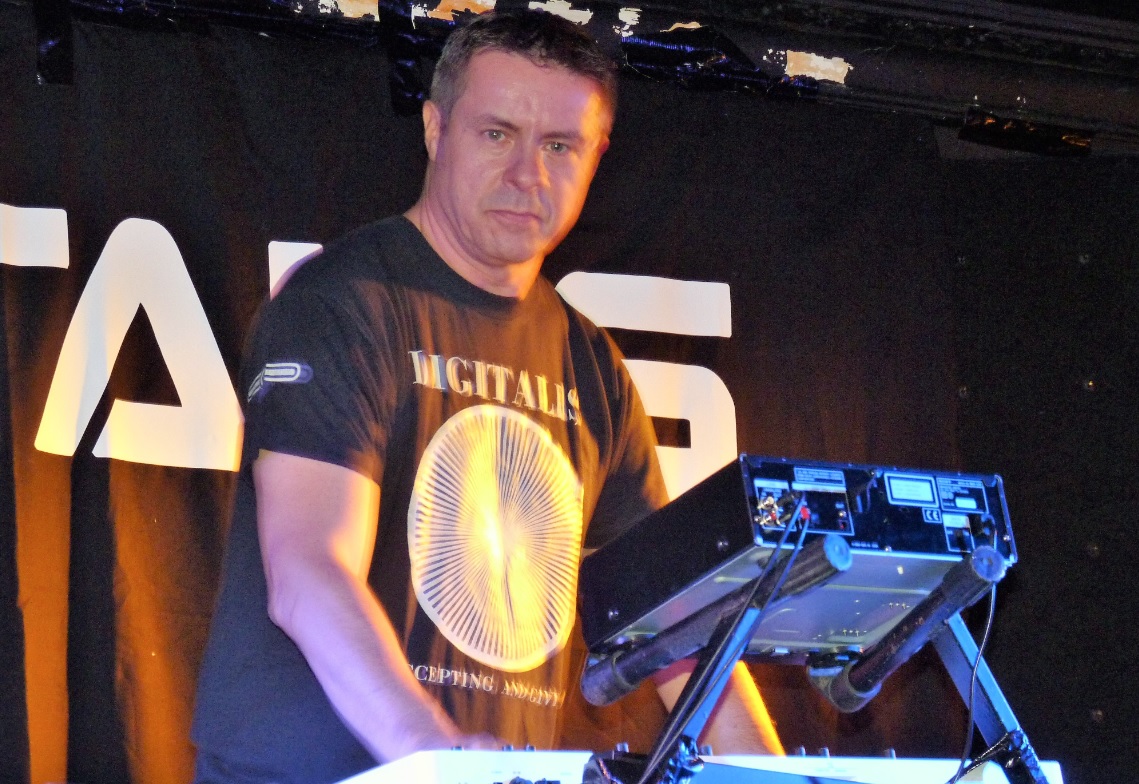 I reckon that it is fair to say that this duo are the relatively unknown Pet Shop Boys, with the same format on stage and music not far off that mark. Tonight their set appeared to have been more dancier than my previous encounters with them and I for one really enjoyed it. No, in fact I will actually go as far to say that this was the best gig of theirs that I have been to over the recent decades.

As far as I could tell, there was a host of newer unreleased material just waiting in the wings and begging to be released to the world. I jolly well hope that the DIGITALIS boys get their ‘priorities’ in order and release ‘Priorities’ as their next single, as it was arguably the best tune of theirs on the night. With the best BOO track being ‘Radiation’ and the best Kid Ivy track being ‘Rise Up!’.

All in all a great night out with great music and great friends! 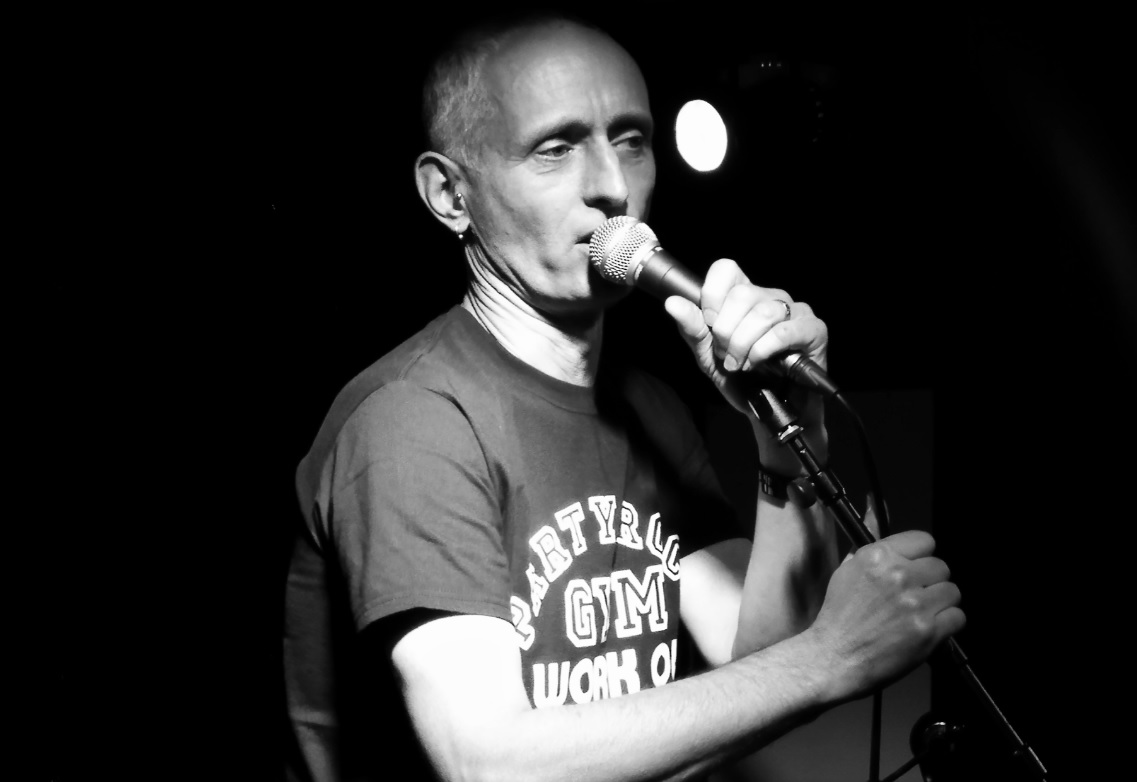 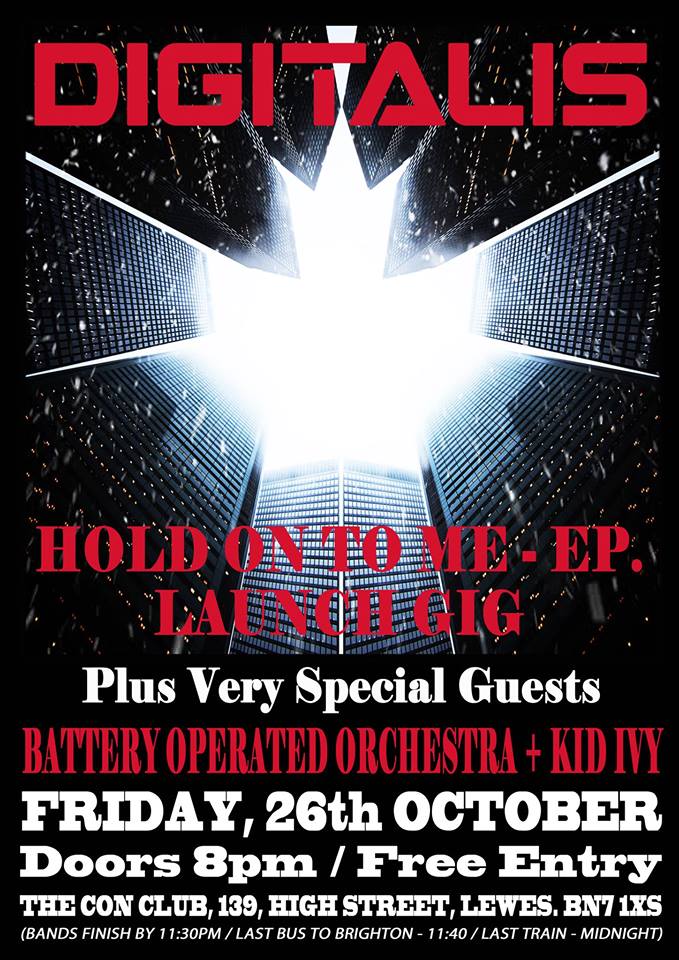 If you enjoy synth music like the Digitalis & the Battery Operated Orchestra, then the chances are that you will also enjoy the bands listed below. Simply click on each of the names and they will take you to our concert reviews on those bands: