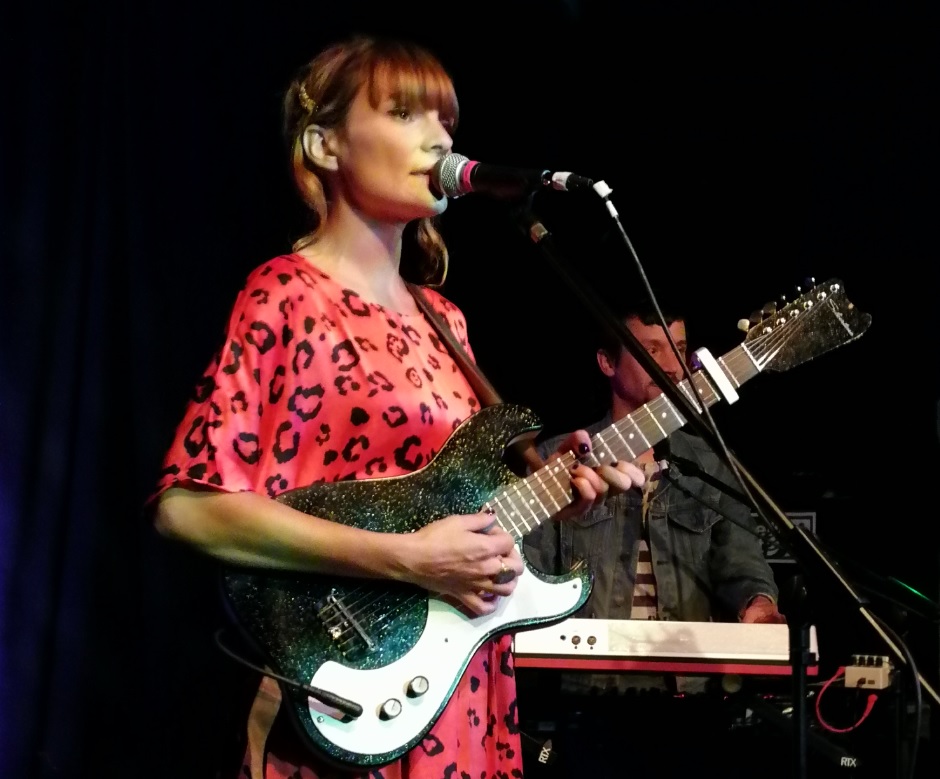 We at Brighton & Hove News towers have been looking forward to seeing Halo Maud perform her ethereal songs live for several months now, due to the fact of the late change of time with their 2018 Great Escape gig, which resulted in us missing Maud Nadal and her compatriots live set. 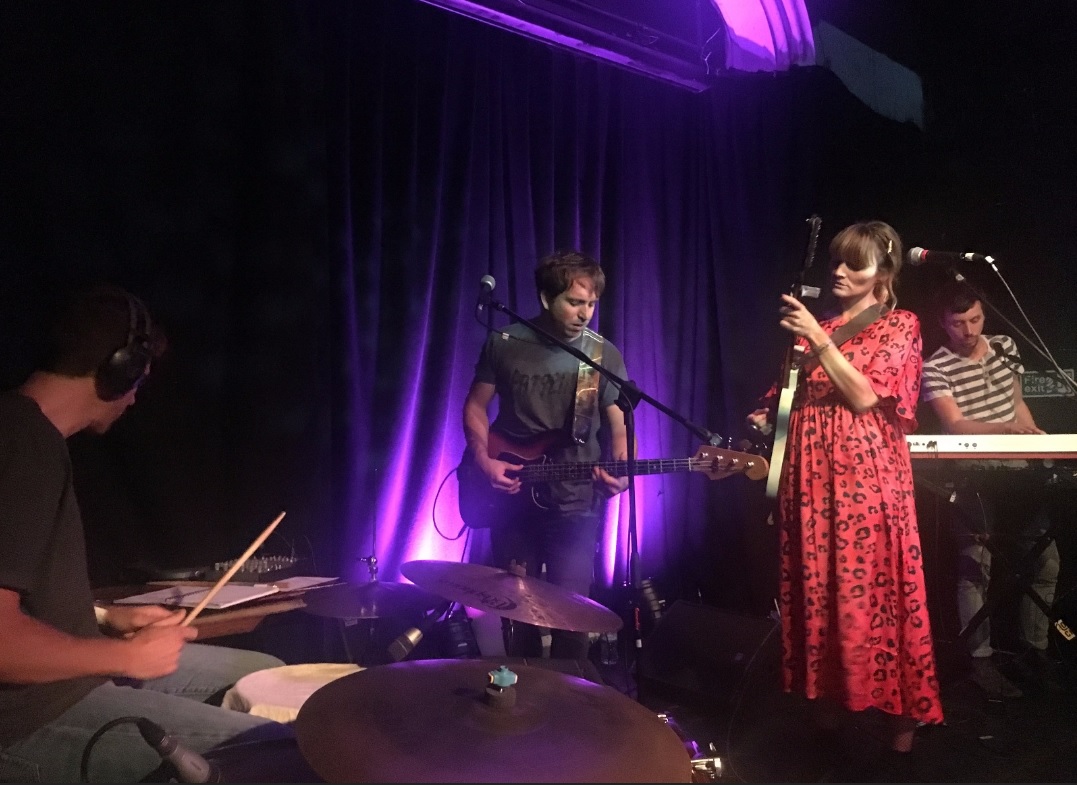 Tonight, thankfully this was rectified, with the help of those lovely people at Melting Vinyl, as the lady who grew up in rural Auvergne, in central France but now resides in Paris, has decided to adventure out on a 26-date tour of Europe in support of her excellent debut album ‘Je Suis Une île’, which is available via Heavenly Recordings, including a limited edition white vinyl version. Although, I personally whizzed down to Resident Music in Kensington Gardens on the day of its release in May to bag myself a copy. 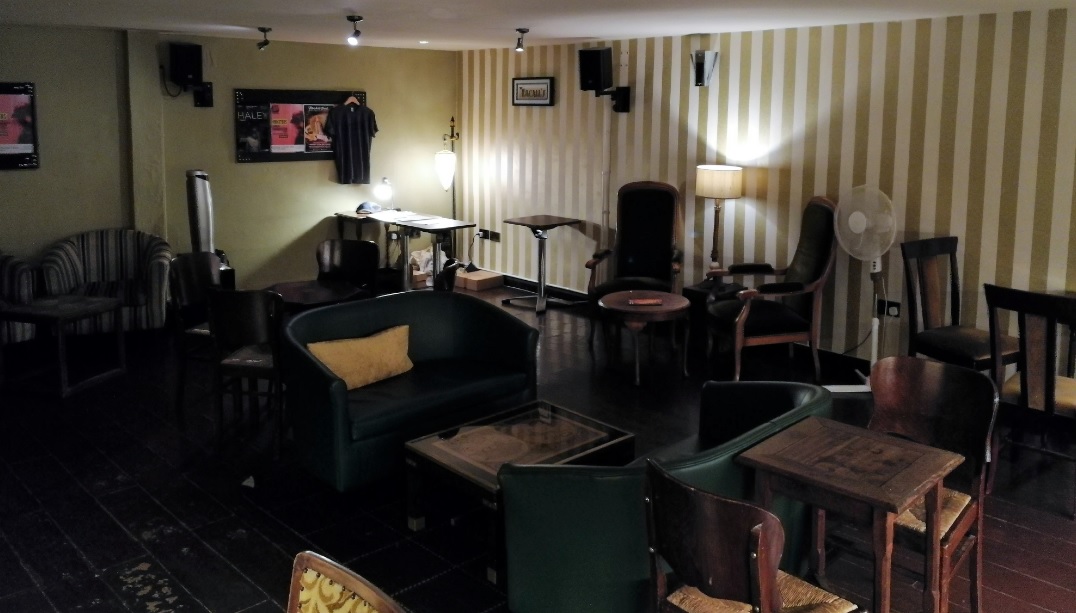 Sensibly, the band decided to open the UK leg of their tour at The Rialto in Brighton. I love this venue, especially the bar room which reminds me of being on a giant decadent cruise liner in the heady days of art deco times. 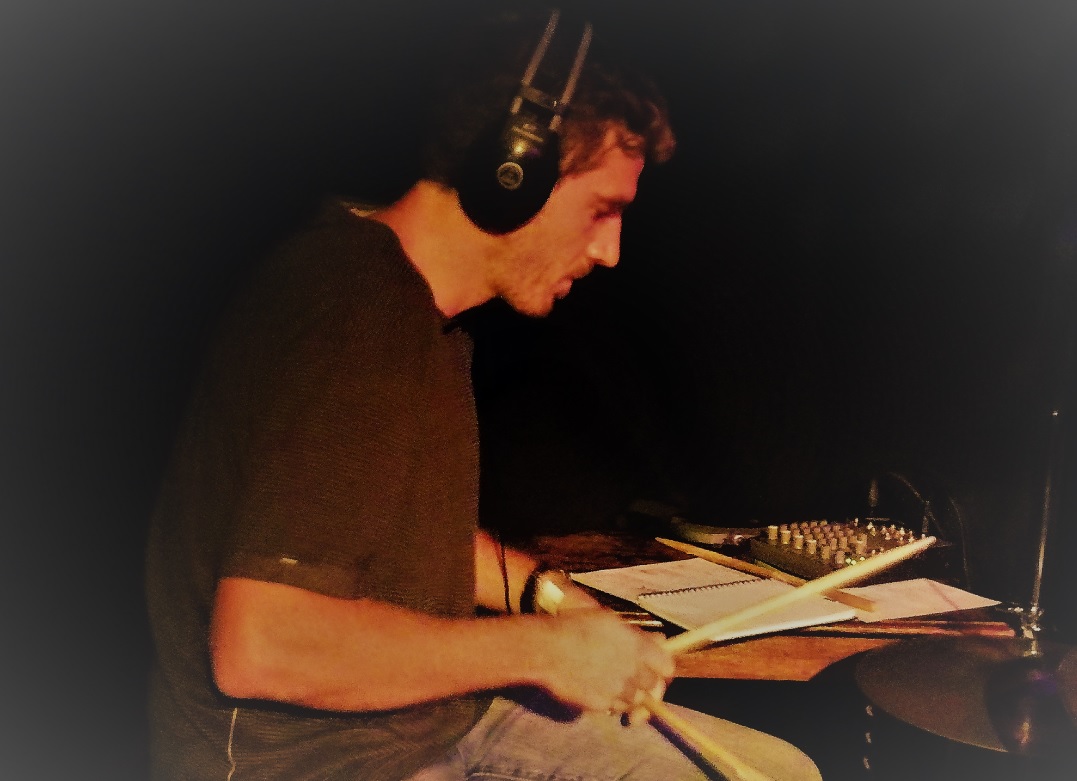 Singer and guitarist, Maud Nadal was this evening accompanied by her three colleagues, Amaury Ranger (bass), Olivier Marguerit (keyboards) and Cedric Monzalli (drums) for that perfect all-round sound. A big shout must surely go out to Monsieur Monzalli as this was his very first gig in the band and very impressive he was too. I was standing right in front of him and I could see that he was truly feeling the music in his body and translating the results to the traditional and electronic drum kit – well done sir! 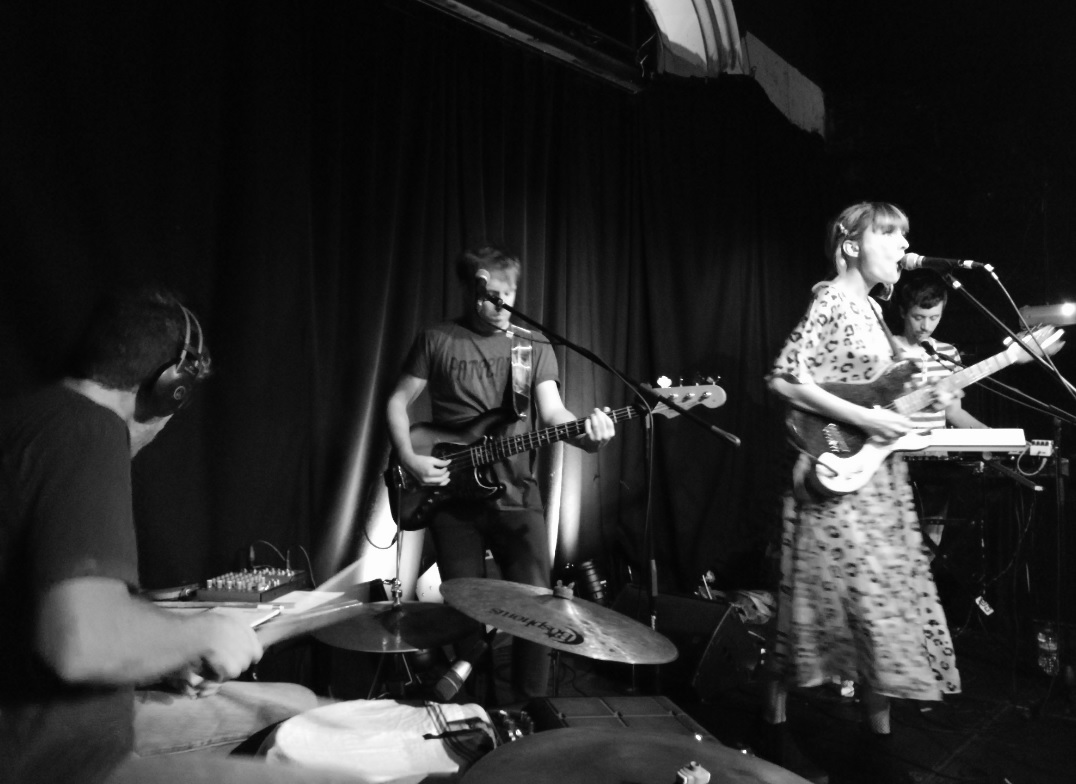 In fact, you could see that all 4 members on the compact stage, were feeling the vibe through the music. I’m pretty sure that all of the crowd could see this as well as myself as every song received a rapturous applause as if it was their final number on the encore – that doesn’t happen very often.

The band performed nine shimmer sonic psych pop tunes laced with contradictions for us devotees. Maud’s work is littered with these wonderful contractions, which is likely as a direct result of her father being in the clergy and her mother’s rejection of all religion – a confusing and yet interesting childhood no doubt. 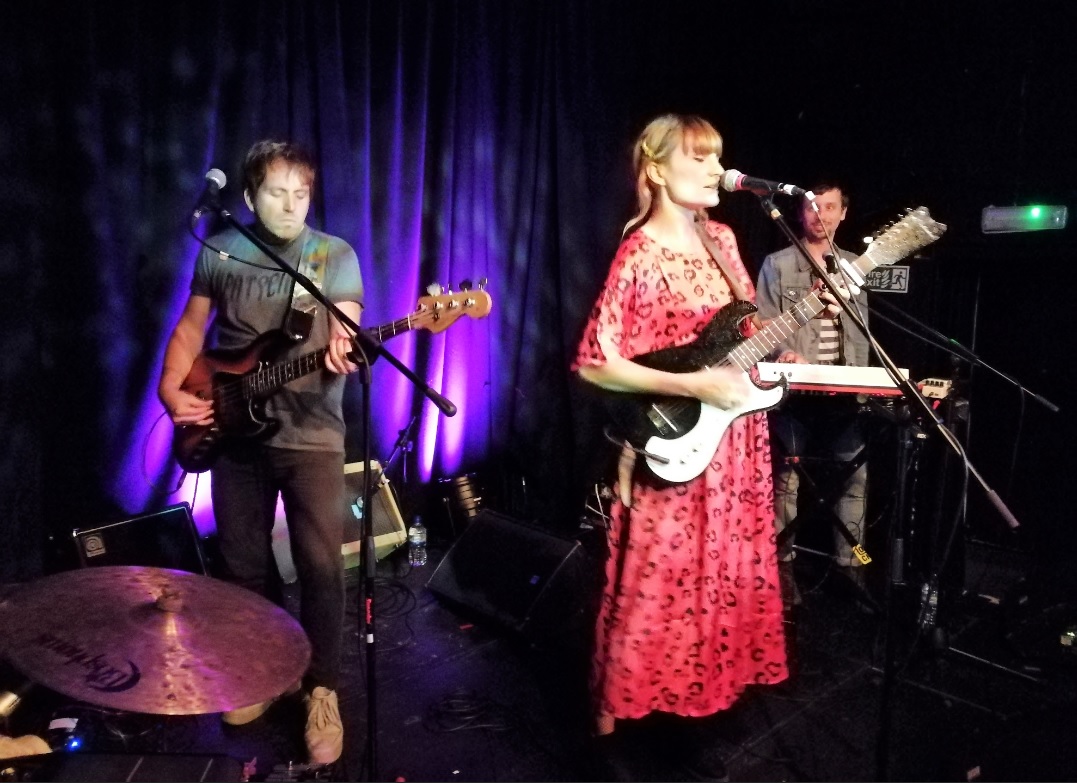 Maud’s music has a delicate balance between English and French lyrics, like Christine & The Queens also has, with both artists having an easily recognisable trademark vocal style, with Maud’s being wonderfully reminiscent of chic 1960’s black and white French and Italian films. Maud’s vocals are dreamlike and during her Rialto performance I was magnetically drawn to watching her closely to see where these perfect notes came from. You could see the veins on the side of her neck at times as those powerful notes scaled vertiginous heights and were dutifully ejected from her body and thus flowing out across the darkened room. No wonder back home she has caught the attention of French newspapers Libération, Le Monde and Les Inrocks magazine. 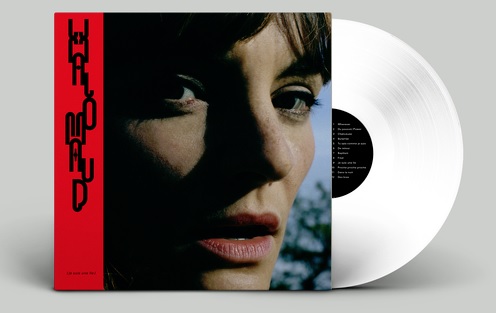 The only regret from the evening is that we were only treated as I said to 9 tunes, whereas her album alone carries a dozen. But I have to say in their defence that every track was most enjoyable and my colleague actually rated it his gig of the year so far and we have been to loads in 2018, so this is very high praise indeed. So after the gig, he briskly marched downstairs to meet Maud at the merch stand a purchase a copy of ‘Je Suis Une île’ in celebration of an outstanding evening. After all it was the first ‘National Album Day’ wasn’t it. We also managed to bag a special limited edition Halo Maud Heavenly Recordings 7” vinyl too – Happy days! 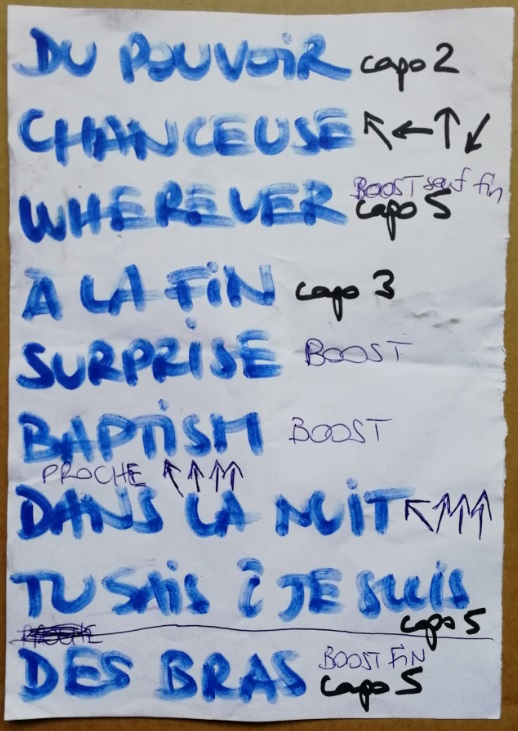 Tonight’s concert was the second of two Heavenly Recordings artists gigs that I witnessed over the weekend. The first coming from Amber Arcades. Read the Review HERE. 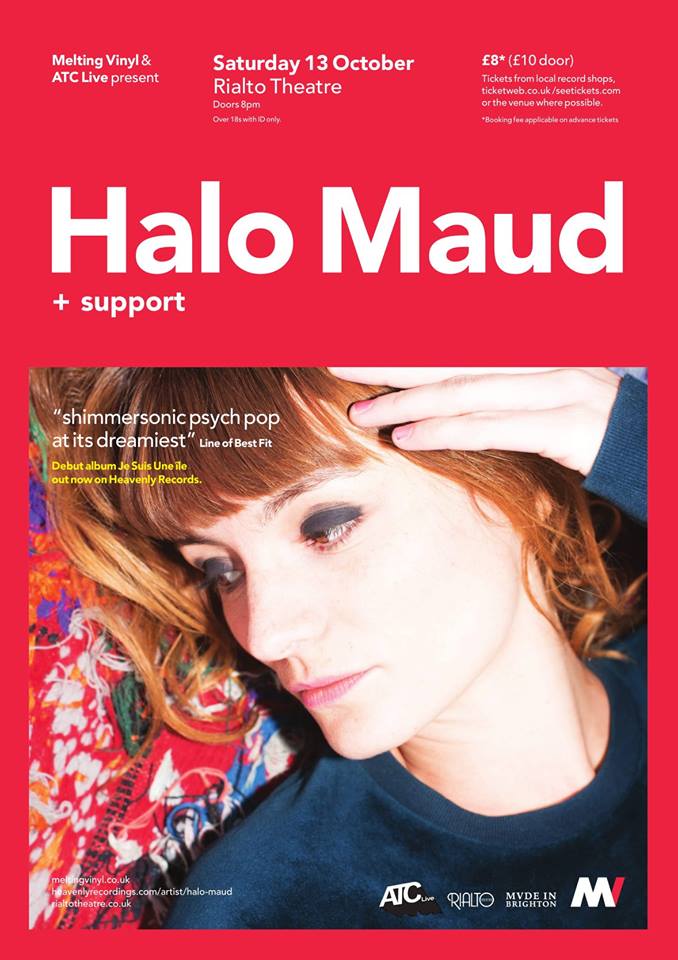 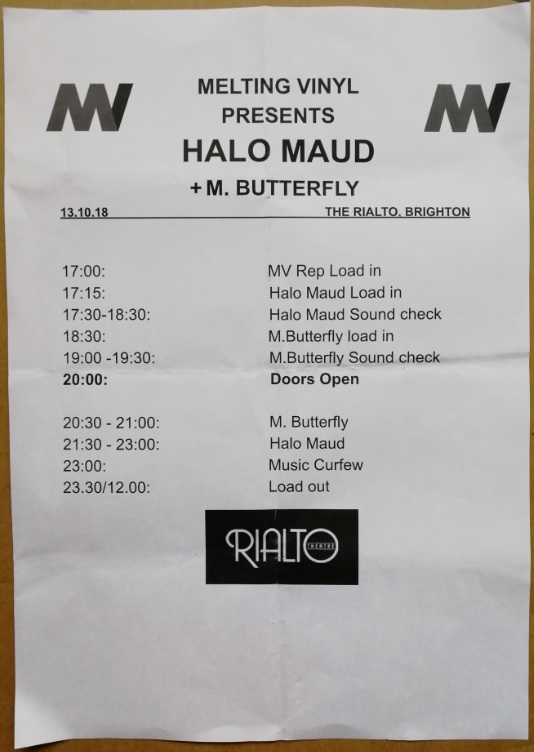 The plan of action! 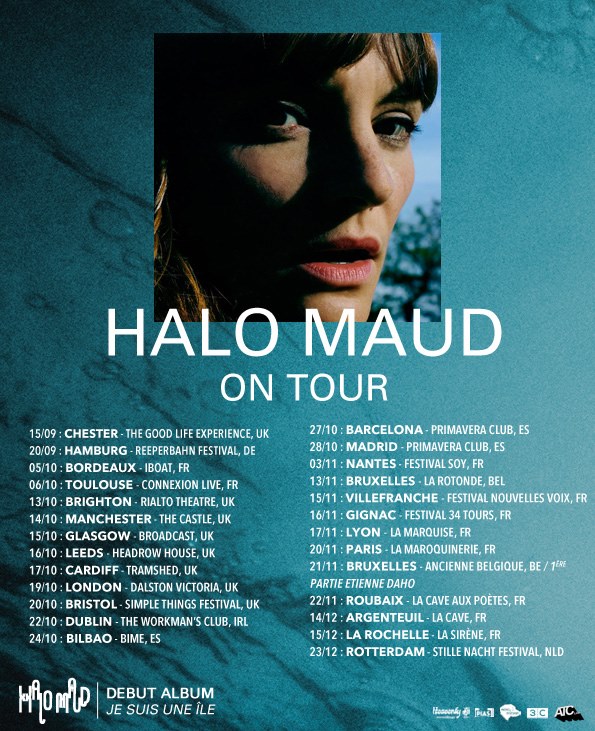 If you enjoy synth music like the Halo Maud, then the chances are that you will also enjoy the bands listed below. Simply click on each of the names and they will take you to our concert reviews on those bands: