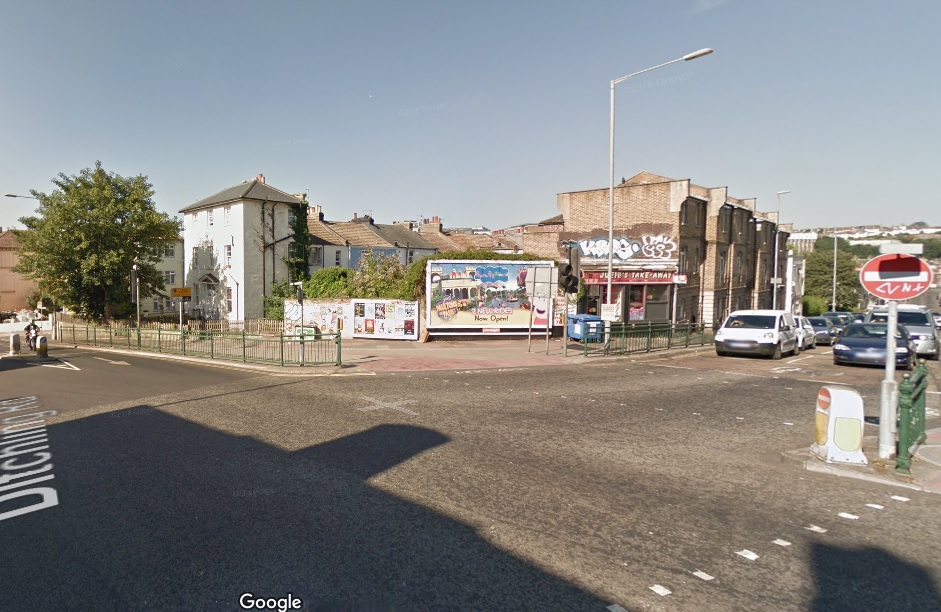 A police officer who tried to arrest a drink driver as he drove the wrong way along a one way street was dragged along the ground as the driver tried to get away.

PS Daren Egan will now be paid £200 compensation by Terry Morris, 39, and his friend Shaun Kembury, 38, who allowed Morris to drive his Vauxhall Astra despite having no licence or insurance.

Morris was driving the wrong way into Viaduct Road from Ditchling Road in Brighton at midnight on September 23 when PS Egan stopped him. The sergeant was partly inside the car attempting to arrest Morris when he started to drive off.

He was later found to have 91 microgrammes of alcohol in 100 millilitres of breath – more than twice the legal limit of 35 microgrammes.

Morris, of  Church Green, Shoreham, was given a 28 week suspended prison sentence after pleading guilty to drink driving, dangerous driving, driving with no insurance or licence and assaulting a police officer to resist arrest at Brighton Magistrates Court on October 25.

In sentencing, the magistrates said the offences were so serious because they were a “deliberate action, dragging police officer along the ground while still in vehicle whilst officer was attempting to apprehend, considerable amount of alcohol and whilst driving down one way street.”

Morris was also disqualified from driving for three years, ordered to undertake alcohol treatment and made subject to a three month curfew from 8pm to 6am, which lasts until 24 January.

Shaun Kembury, 38,  of St Aubyn’s Road, Portslade, was given a community order of 120 hours unpaid work for jointly assaulting PS Egan and allowing Morris to drive the car, a Vauxhall Astra.

He was also ordered to pay PS Egan £100 compensation, £85 costs and £85 victim surcharge and eight points were added to his licence.

A Sussex Police spokesman warned that drink or drug driving can result in a minimum 12 month ban, unlimited fines, a possible prison sentence, a criminal record, which could affect your current and future employment and travel to countries such as the USA plus an increase in your car insurance.

People in Sussex can text officers on 65999 with the details of people they suspect of drink or drug-driving, or visit the Operation Crackdown website. www.operationcrackdown.co.uk.

You can also contact the independent charity Crimestoppers anonymously on 0800 555 111 or report it online. www.crimestoppers-uk.org.

If you know someone is driving while over the limit or after taking drugs, call 999.