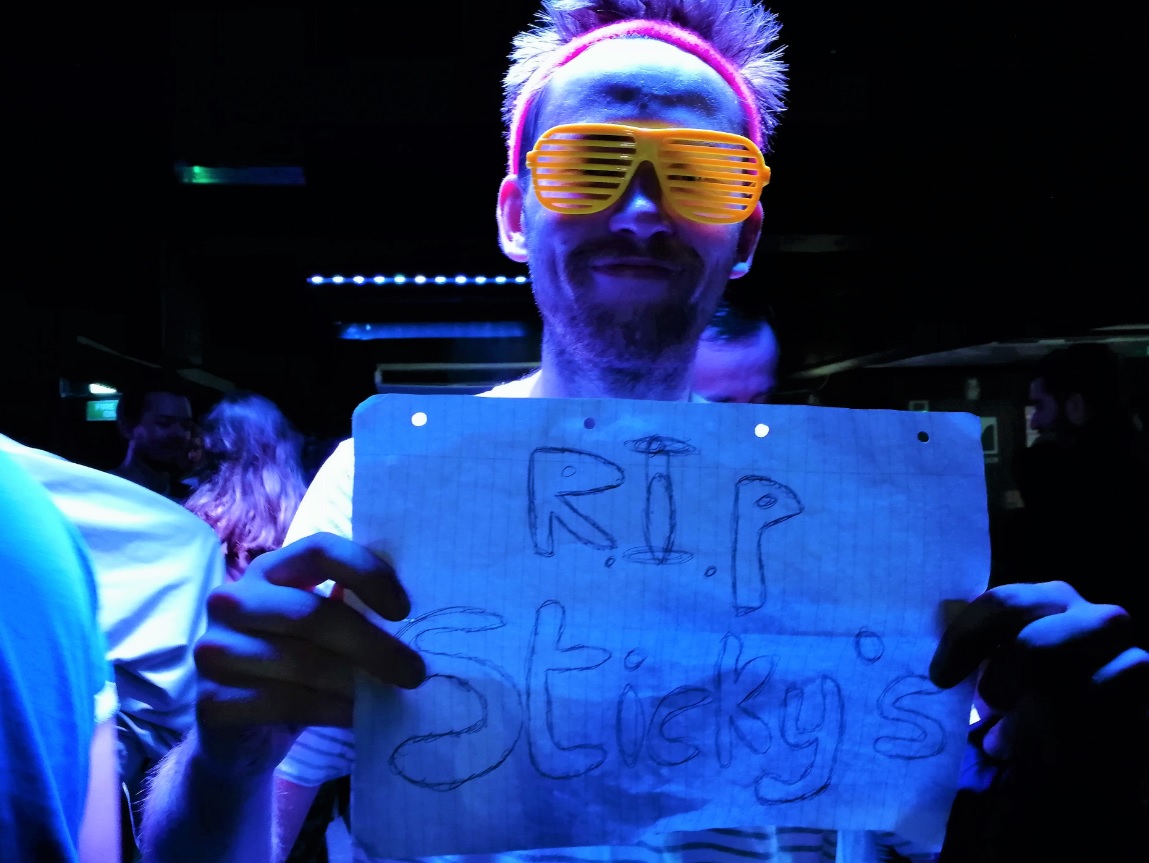 Oh how I truly wish that this evening had been my final Sticky Mike’s gig, as it was the most boisterous affair I have ever witnessed at the soon to close Brighton venue.

In Brighton there is always something going on regarding the vibrant gig scene and tonight was no exception as I needed to be in two places at once. Sadly something had to give and it was for myself 999 up at The Prince Albert. My colleagues have covered that gig and you can read our report HERE.

So for myself and my mate, we made our way to Middle Street in order to get our kicks from down under courtesy of popular Australian trios Skegss and Dumb Punts. 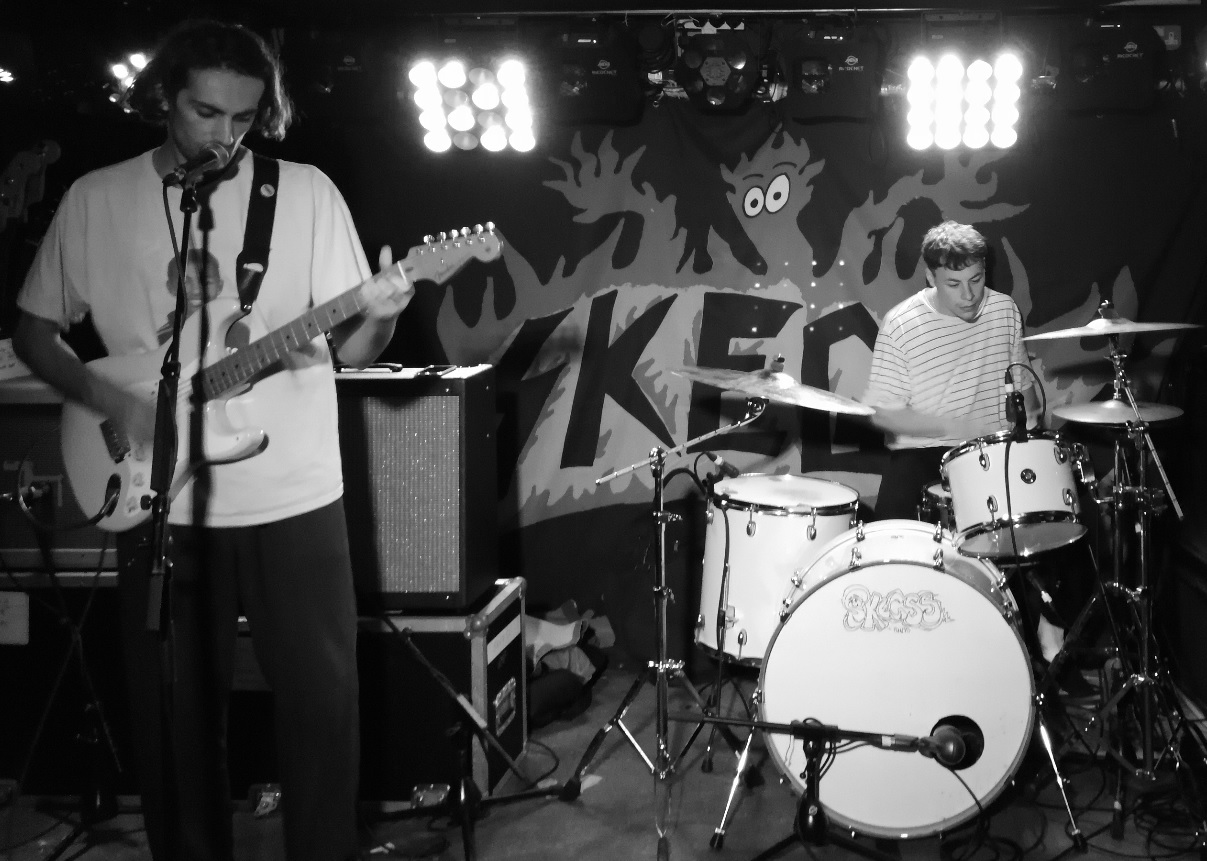 Prior to witnessing mind-blowing sets from our new found Antipodean friends, we were served a helping of Brighton’s Beachtape, who I don’t recall having seen live before. According to their Facebook, they are meant to be a quartet, but this evening, they too were a trio. As the venue filled, the guys performed their Weezer influenced tunes and before long it was all over.

The venue was now brimming with young music fans from the UK, Europe and obviously right away round the world from Australia. My mate and I jostled for positions at the front and it was soon becoming clear that these young boys and girls in the crowd were up for a paaaaarty! Some of the Europeans present were clearly unaware of UK rules as at least four of them were clearly having cigarettes. This was very noticeable due to the venues low ceiling and also was a factor in adding to my voice at the end of the night sounding even deeper than Iggy Pop’s. In fact I would have made him sound like The Bee Gees! 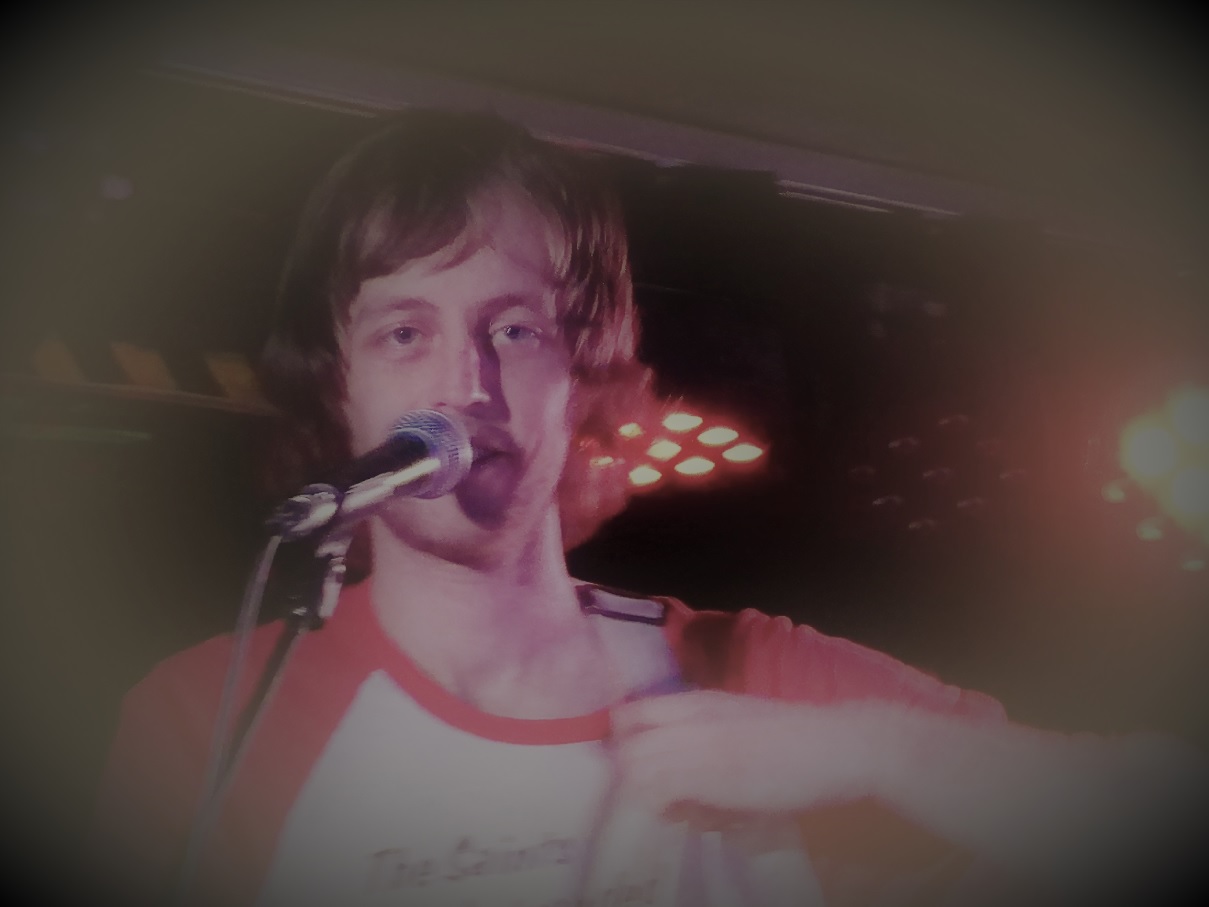 Dumb Punts hail from Bonny Hills, just south of Port Macquarie in New South Wales, Australia, but relocated to Melbourne and tonight bassist Brent Lockhart, drummer and now guitarist Seattle Gallagher and her big bro Jimmy (guitar, then drums) are here with us. I couldn’t help noticing that Jimmy was sporting a Saints t-shirt as so I immediately knew that we were going to be in great company. 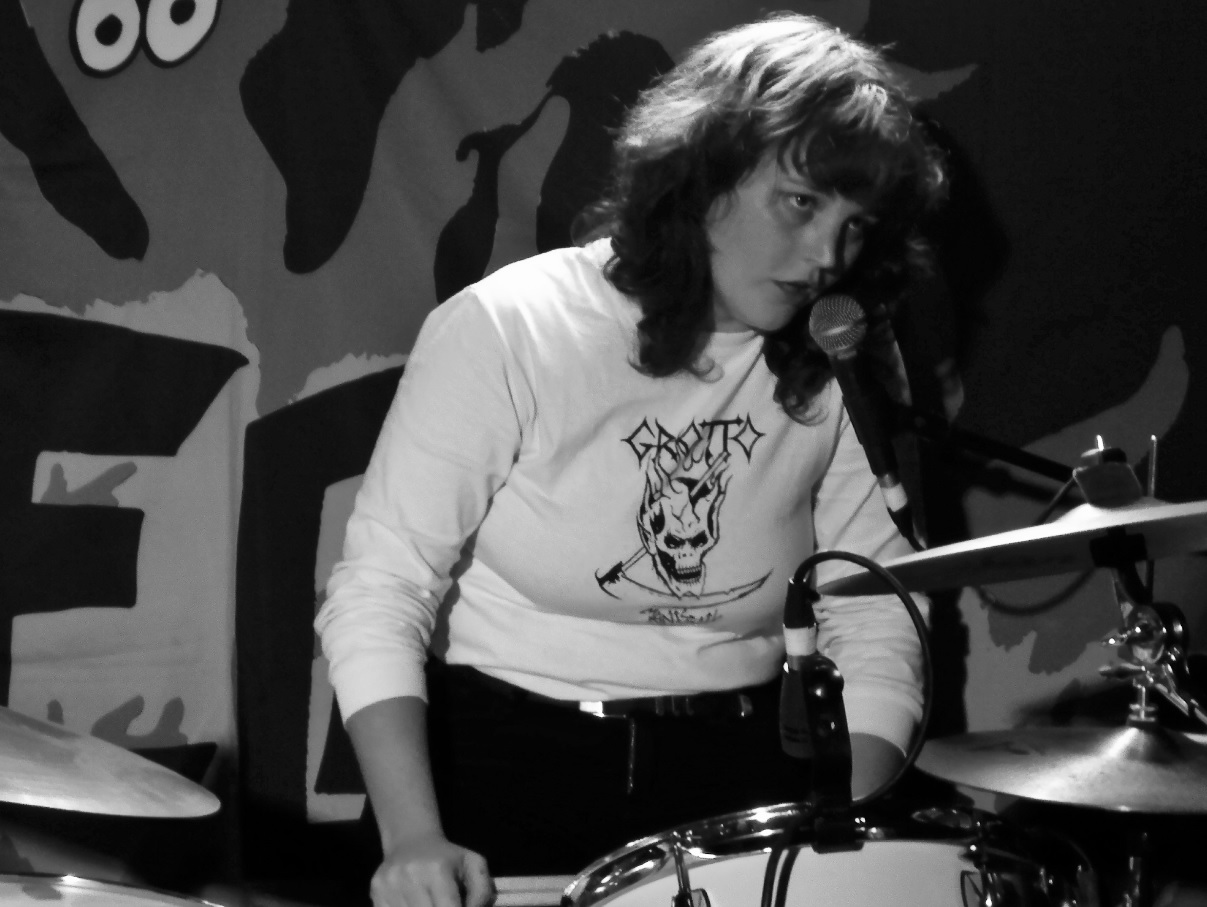 Back in August, Dumb Punts released their decent eleven track ‘The Big One’ album and I have found it refreshingly honest and punchy to a fault, as it’s packed with gritty catchy songs suitable to lift up the riotous punks and the lovers of anything loud. Take a listen to it HERE. 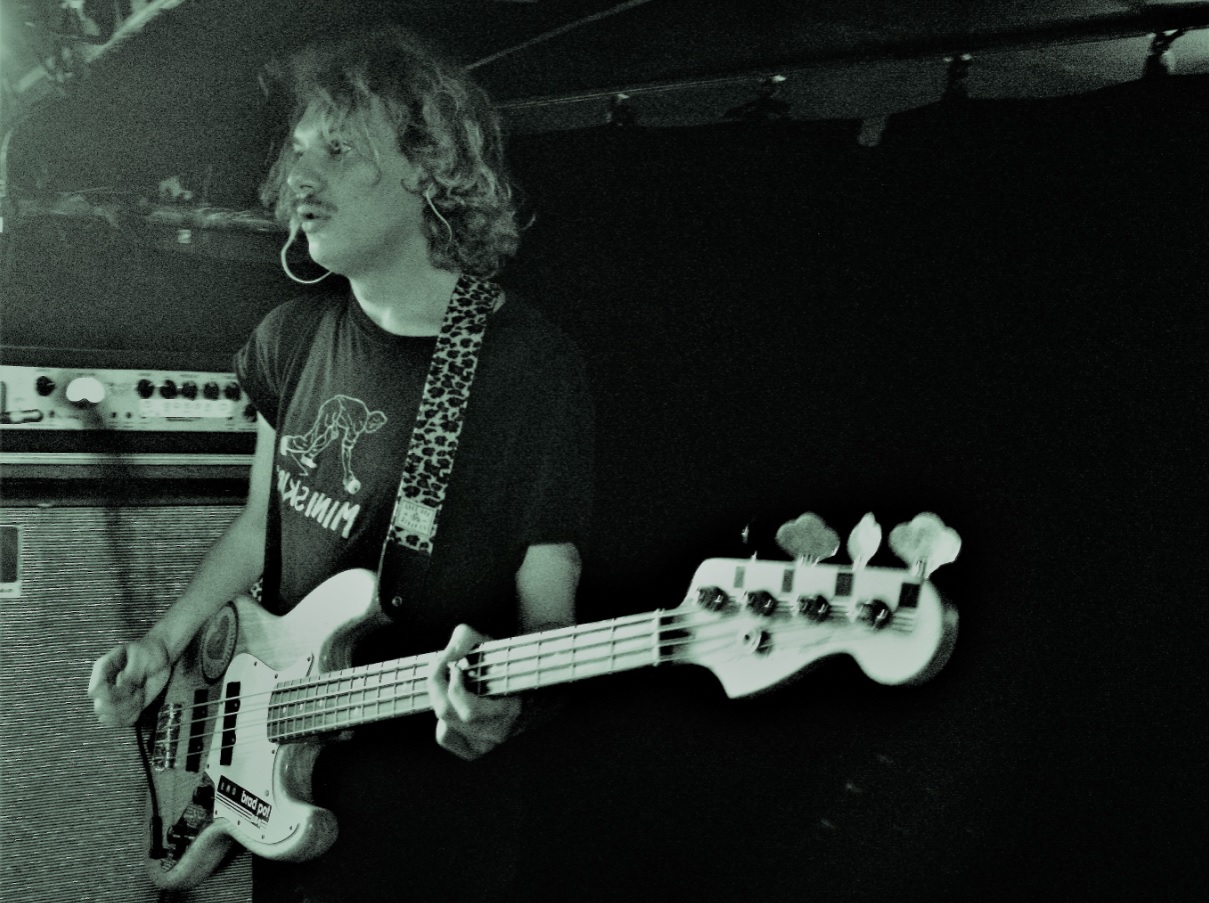 Their Sticky Mike’s set was as you would guess made up of cuts from this excellent album with the addition of their version of Wreckless Eric’s ‘Whole Wide World’. 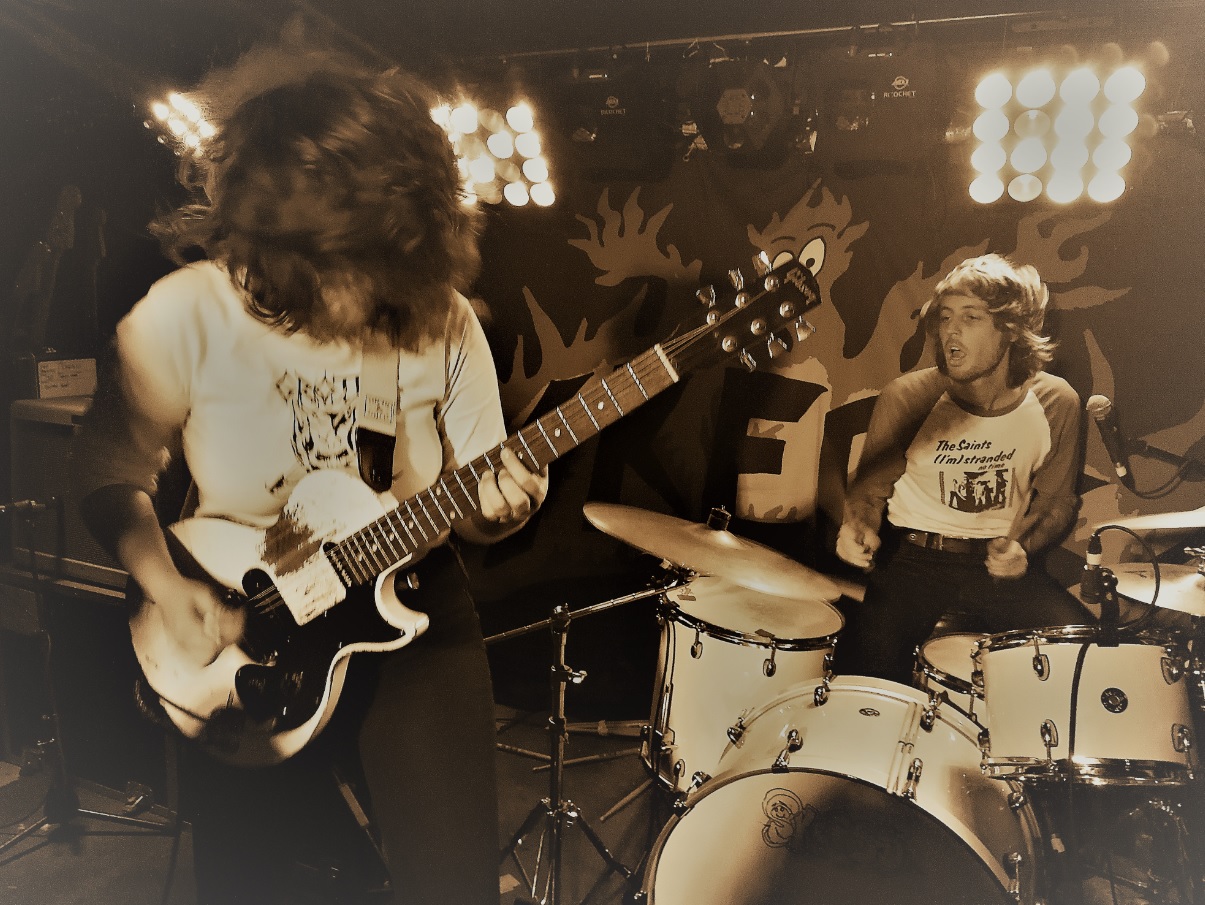 They had started their set with Jimmy on vocals and guitar duty, but part the way through their set, he gave way to his little sis Seattle. I have to say that I’m quite a sucker for Aussie surf-coast accents which are replete with all those subtle Australian-isms and boy Seattle has them by the bucket load! The last time I can recall hearing such tones in Brighton was from Melbourne’s Amy at the Amyl & The Sniffers Great Escape gig. 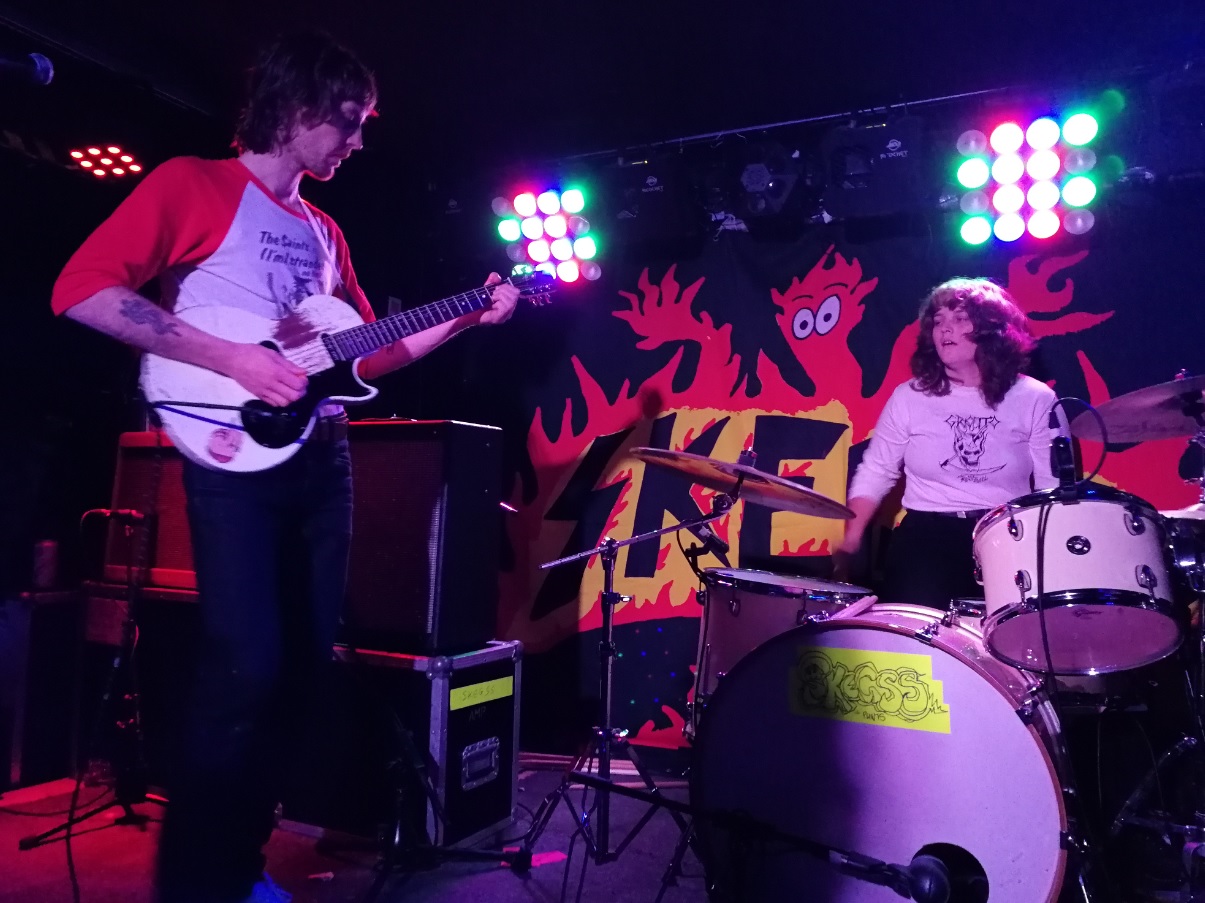 The venue was now rather rammed with late teen/early 20’s garage punk fans and the Dumb Punts set was joyfully received by the girls and boys present, especially those at the front. I loved them and hope that they return pretty soon! 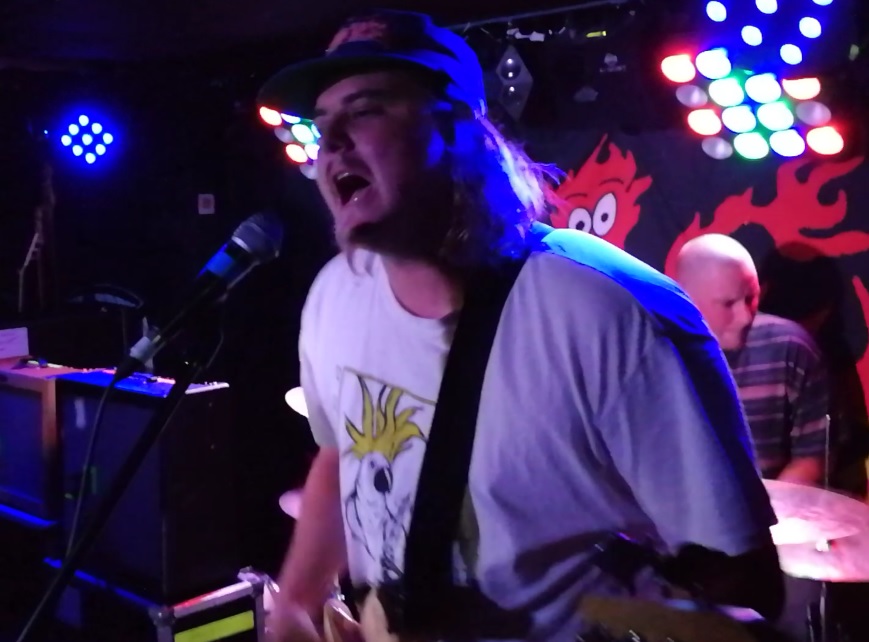 With the crowd nicely warmed up, it was time for Ben Ben Bograil, Toby Two String and Jonny Layback aka Skegss from Byron Bay, Australia to take to the stage. 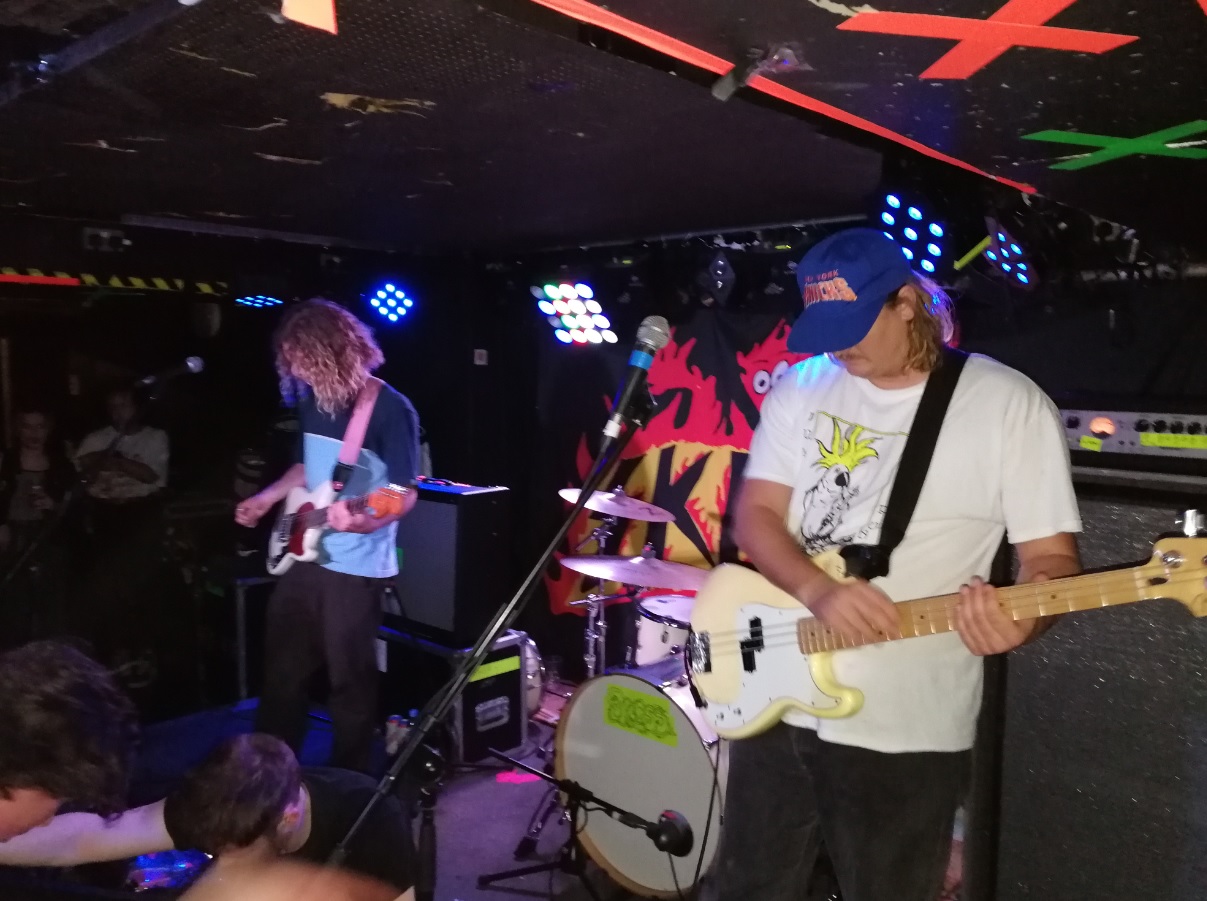 Back in Oz the band are massive and have been riding a pretty amazing (surf) wave as their debut album entitled ‘My Own Mess‘, which came out in September, hit No.2 on the Australian charts. 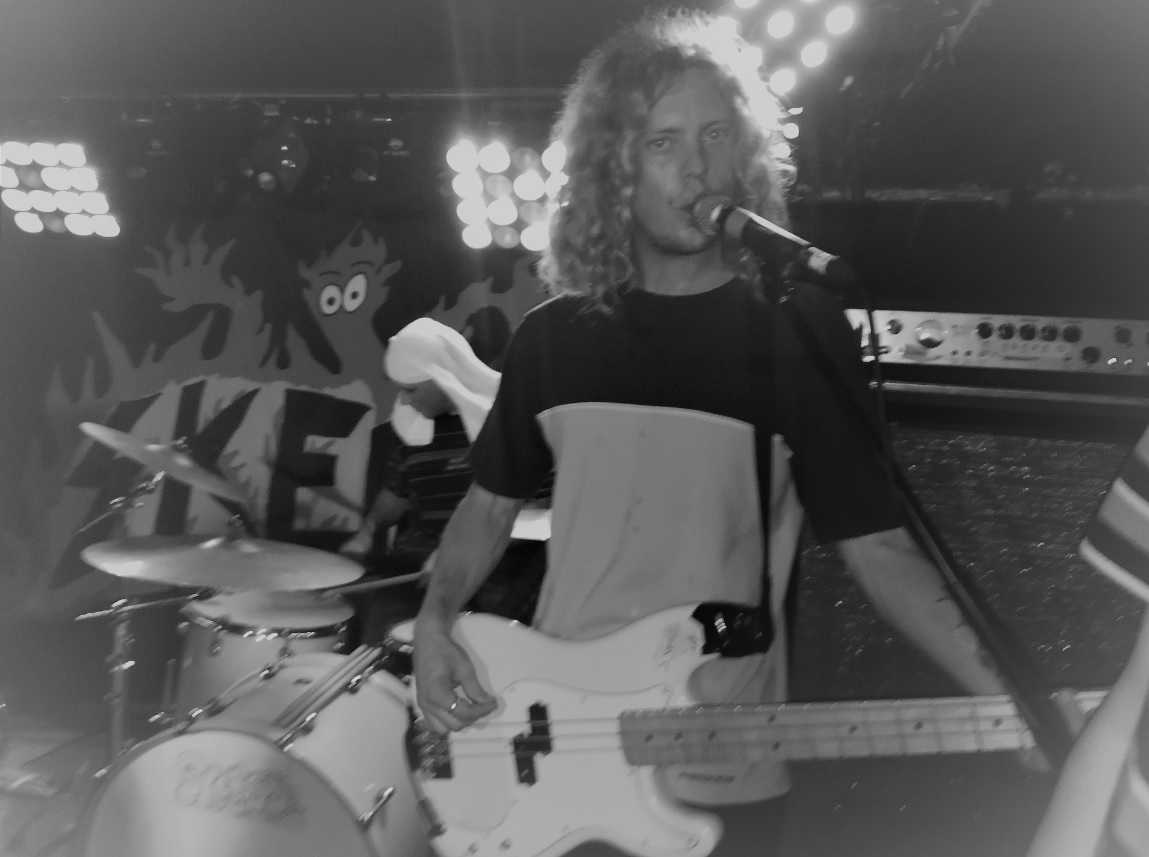 Tonight was Skegss second Brighton date, have previously performed here at the Great Escape on Saturday 19th May at the Aussie BBQ on the Dr Martens Stage at The Beach. Sadly I had missed that performance as it clashed with an ADOY gig at Patterns and as they are from South Korea, I reckoned it would be less likely that I would be given the option of seeing them perform live again. 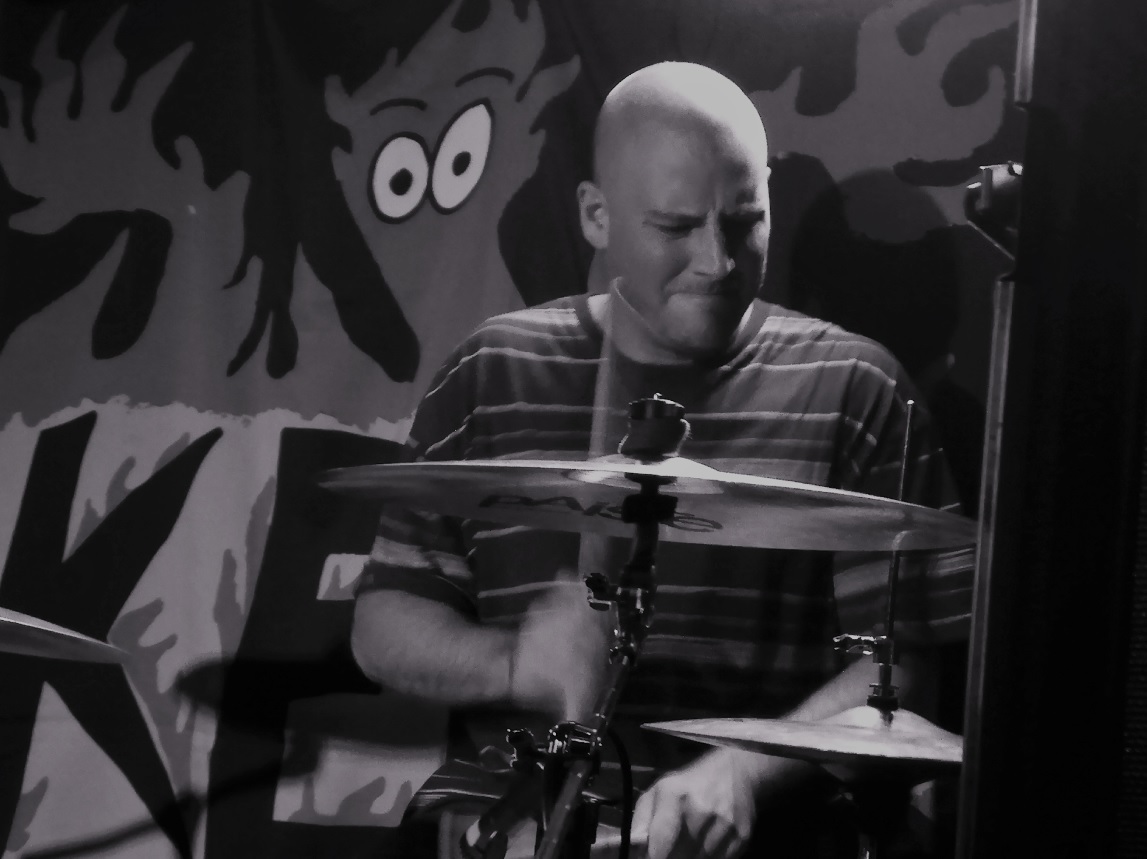 So tonight was my chance to play catch-up on the Aussie band front and boy what a night!

The band were certainly bringing their own inimitable style of surf/garage rock to town tonight and the crowd went absolutely bonkers for it! I have been to many gigs at Sticky Mike’s and this evening’s was the most boisterous I have ever seen it. In fact it was so mad that the extra security staff that were in place for the night had to take the metal barriers away for the safety of the crowd, as clearly this was fast becoming a problem. 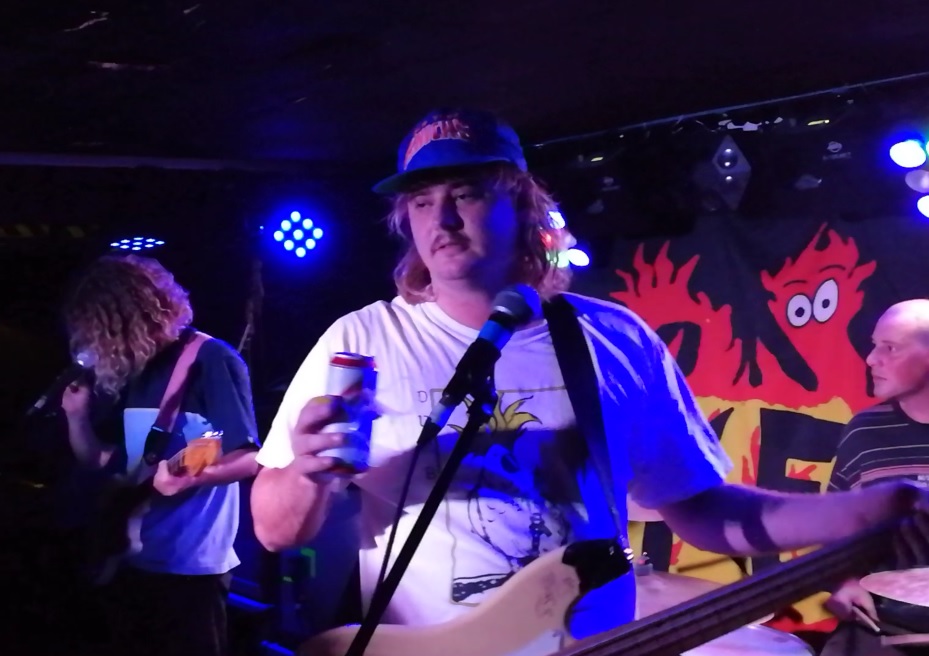 With the barrier gone, this meant that fans kept sprawling onto the stage, despite the very best efforts from the Sticky Mike’s staff and the additional security guys. Skegss were feeding off of the frenzy and tinnies of Red Stripe and it was getting rather wild indeed. So much so that a thick cable had become unattached from one of the stage speakers and was shooting out yellow sparks at my feet as I stood in the puddle of spilt beer. I wasn’t sure if I was going to get electrocuted, so I picked the cable up (obviously avoiding the end with the sparks) and dutifully got the attention of one of the staff propping up the stage, who kindly took it from me. I can’t recall that happening before! I know that Sticky Mike’s is soon to close its doors, but I didn’t want the place to burn down. I’m not an electrician and so this could have been perfectly safe, but I wasn’t taking the chance! 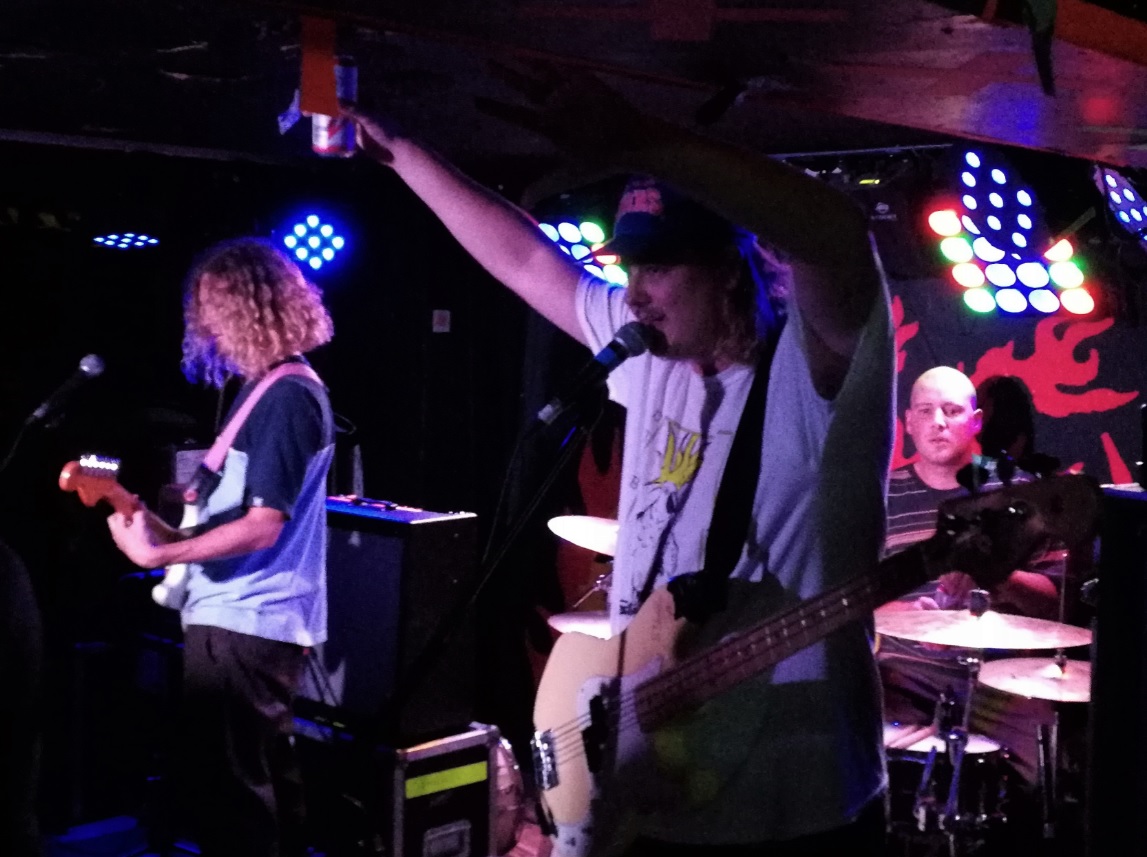 With each of the 17 Skegss tracks tonight being three minutes or less, it didn’t actually take them that long to get through their set and the security guys were signalling to the chap on the sound desk that there shouldn’t be an encore and thus that was out lot. Guess I will have to see them again next time! 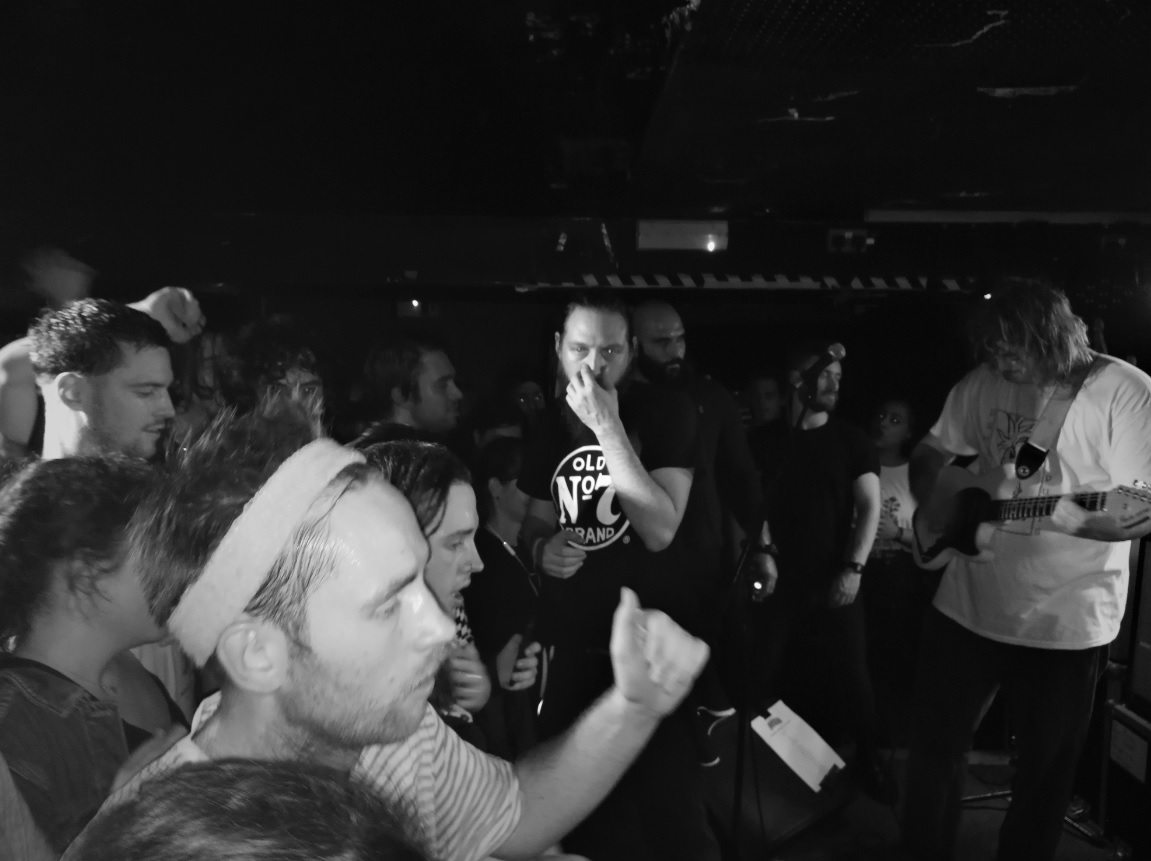 It was an invigorating night for myself, my mate and all of the mad crowd and just a handful of people that had arguably gone a little to far were escorted off the premises. I have to say a massive well done to the Sticky Mike’s staff and the extra security guys as they were clearly surprised with the atmosphere and handled the situation with the utmost professionalism, despite having the look of foreboding on their faces, so well done guys!

More on Dumb Punts:
Facebook
Bandcamp ‘My Own Mess’
Bandcamp – other releases 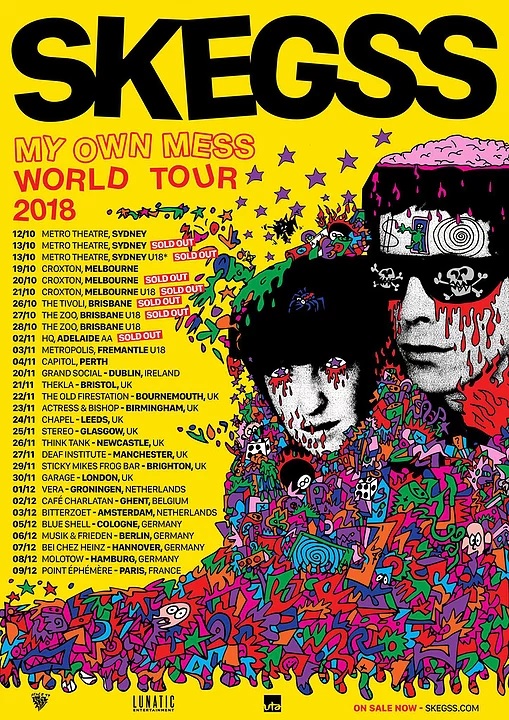 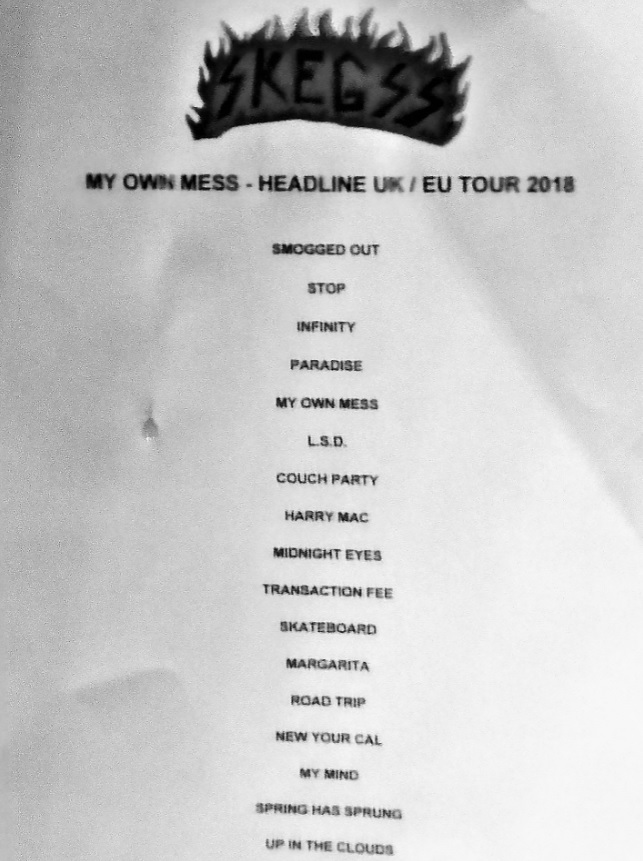 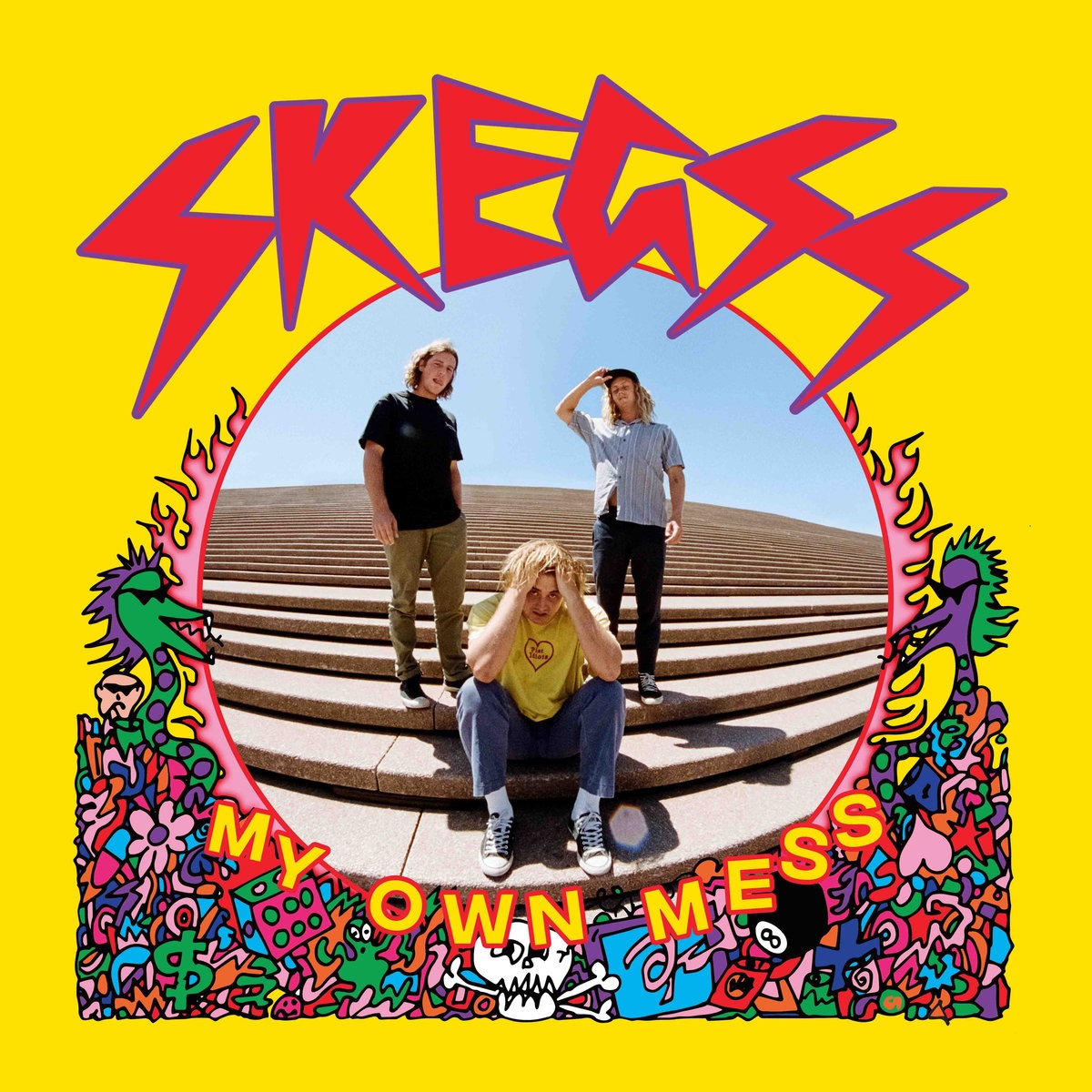 Skegss ‘My Own Mess’ album 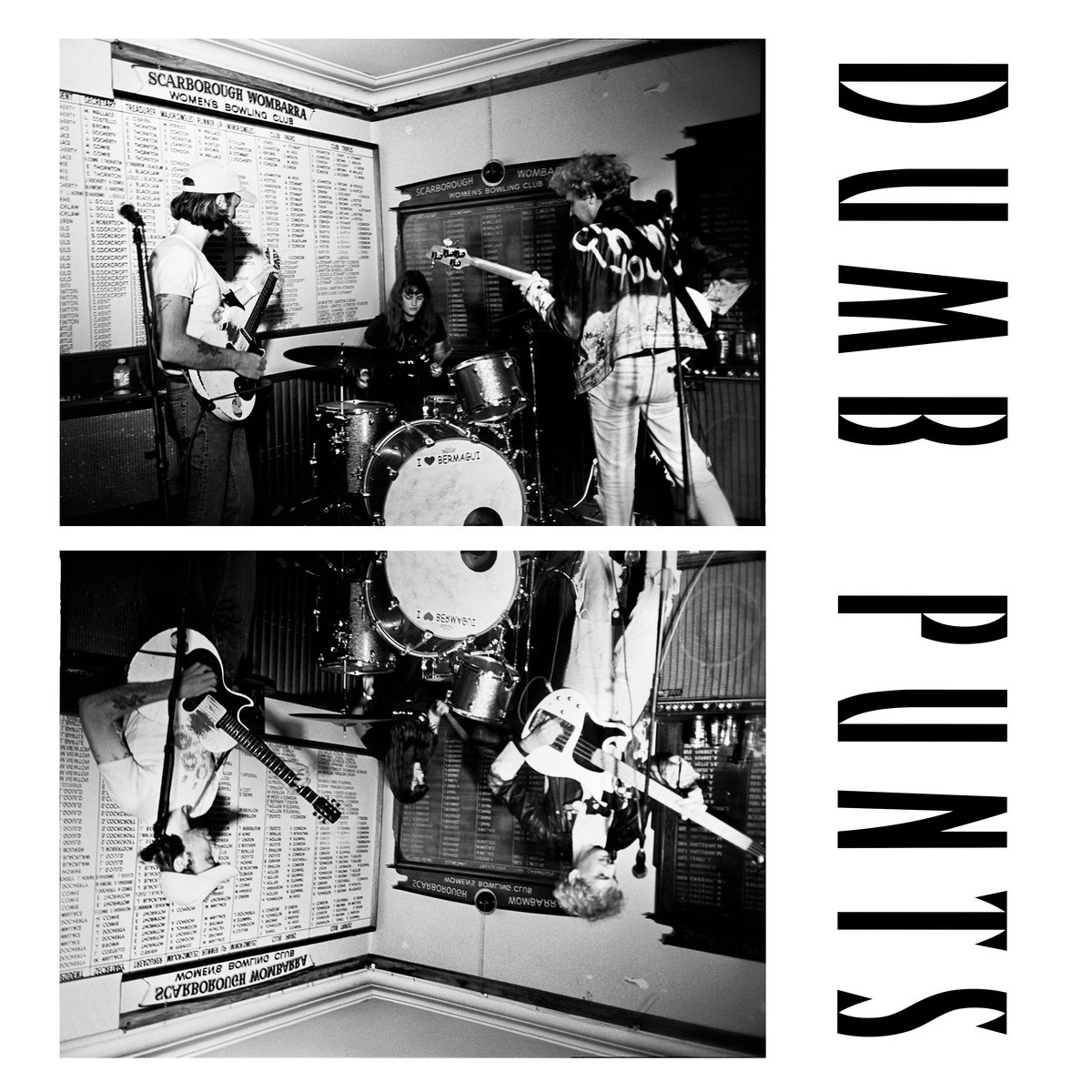 Dumb Punts ‘The Big One’ album