A serial offender has been jailed for four years after stealing from a Brighton shop and threatening security guards.

Sussex Police said: “A prolific offender has been jailed following his 43rd conviction in Sussex.

“At 5.03am on 30 September 2018, police were called to B&Q in Brighton Road, Shoreham, after an intruder alarm was activated.

“Officers attended and discovered a glass panel at the front of the premises had been smashed, and a number of boxed power tools – fitted with security tags – were discarded close by.

“A man was spotted inside the building, who then ran along one of the aisles towards a fire exit.

“Further units arrived and a containment was put on the building, before the suspect emerged from the rear, where he was detained and arrested. He was identified as Stephen Wayne Slark, 41, a scrap metal dealer, of Butts Road, Southwick.

“When challenged, Slark claimed to have nothing to do with the burglary, insisting he had stopped there to go to the toilet. He was searched and a knuckleduster was found in his pocket.

“Slark made no comment in interview. However, CCTV from the store showed only one person present at the time of the burglary and fresh blood retrieved by crime scene investigators from the point of entry was proven by DNA analysis to belong to him.

“Slark had driven to the store, despite being disqualified from driving for four years in April 2018. On searching the vehicle, officers discovered more than £5,000 worth of power tools inside.

“He was charged the same day with aggravated burglary and driving while disqualified, and was remanded in custody. The following day he was released by the courts with a monitoring tag to prevent reoffending.

“However, less than two months later, on 24 November, Slark was further arrested after stealing hundreds of pounds worth of goods from Superdry in Brighton and threatening security guards, and while in custody he broke his monitoring tag. 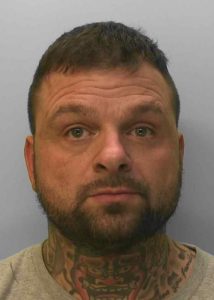 “Police again remanded him in custody this time he remained on remand. On 20 December he pleaded guilty to aggravated burglary and driving while disqualified in relation to the B&Q incident, theft in relation to the Superdry incident and an assault from July.

“A burglary is ‘aggravated’ if the person carrying out the burglary is in possession of a firearm or imitation firearm, explosives, or a weapon of offence in the commission of the offence.

”However, his conviction triggered suspended sentences for further convictions in 2017 and 2018, which added another year to his sentence (four years’ imprisonment total).” 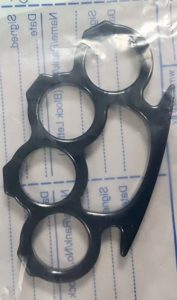 Detective Constable Noel Simmonds said: “The courts have repeatedly given Stephen Slark the opportunity to reform, and time after time he has thrown that compassion back in their face.

“It is concerning that he was carrying an offensive weapon with him whilst burgling B&Q and the sentence imposed shows that the courts shared the same concern.

I can only hope that the sentence handed down by the Recorder, Paul Bowen, gives Her Majesty’s Prison Service enough time to address the causes of his offending, but at the very least the public will be protected from him for the next couple of years.”