What next for a former council leader?

After stepping down from the helm of Brighton and Hove City Council in 2015, Jason Kitcat started writing his first novel, which he self-published late last year.

Described by the author as “a mix of Henning Mankell’s socially aware thrillers and Haruki Murakami’s magic realism”, it’s narrated by a self-conscious, sexually frustrated web developer who starts receiving strange messages by unconventional means while he’s doing his work, leading him on an international journey to find someone who may have been very important in his past.

“Some kind of solitude / Is measured out in you.” 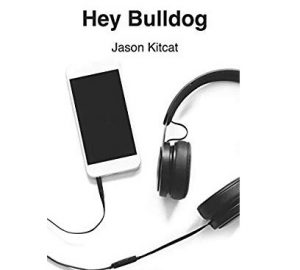 His name is never revealed by himself, nor by any of those whom he encounters in his work as a small-town website developer – let alone by those who traverse and fuel his path across continents during a quest which springs from enigmatic, if persuasive messages buried within the prototype website which has recently occupied his screen-focused eyes.

Such working hours have invariably culminated – or expired – in his a return to a studio flat where “doubts about my working life resurfaced as I waited for my instant noodles to soften. On a whim I quickly fried up an egg and chopped some spring onion to upgrade my dinner”.

Needless to say, the Fridge, that staple of such narratives, is not abundantly stocked; one surmises that there is even a tendency for some of the contents to be in need of peeling from its rear wall (apart of course from bottles of beer, which can look after themselves).

No surprise, then, that the narrator admits, “nobody would ever accuse me of being a ladies’ man. Don’t get me wrong, I love women. I find them fascinating, their charms irresistible. But I was never very good at the whole dating game.”

A rapid perspective is provided upon these failures, with emphasis laid – if that is quite the word – upon the thwarted high-hopes of his meetings with Izabella in days of student-nights past.

This is hardly the suavely priapic world of James Bond. That said, Jason Kitcat’s novel shares with Fleming and Buchan the virtue of being short, something all the more welcome at this time when the Nordic shadow has brought, and encouraged, innumerable novels which are so portly as to need elasticated waistbands by way of binding, which means that they can no longer be called thrillers.

Hey Bulldog moves at a clip, scarcely allowing narrator or reader a second to question the mixture of lust and human concern which bounds to the West Coast, back to Poland – and beyond (as the prologue suggests will be the case).

Intervening sections – news reports – about a Lynchian jewel raid were lost on me: which is perhaps me, and, if anything, the last section is rushed; one could have welcomed in the Ukraine some reversal of fortune, even treachery, but that does not lessen the pleasure to be found in a brisk read which, effortlessly, finds much to say about our society which now finds it easier to straddle technology than it does one another. 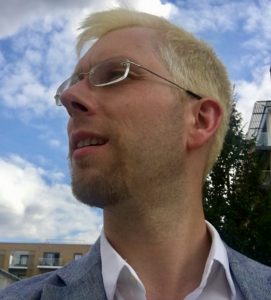 One certainly finishes Hey Bulldog with great desire; that is to read more by Jason Kitcat. As I have found, in knowing him during some fraught times in local government, he has a keen intelligence, but this book shows that it is buttressed by vital imagination.

Goodness knows what was also going through his mind during meetings such as the one in which he cannily depicted the gainsaying leader of the minority party as “Cllr No”, a claw-fingered creature beyond Fleming’s wildest imaginings.

We need a le Carré of Local Government. Jason Kitcat could surely get the job although, if I might say so, after Hey Bulldog, the proof-reading should be assigned to Councillor Garry Peltzer Dunn.

Hey Bulldog by Jason Kitcat is available in paperback from Amazon for £7.95 and from Kindle for £2.99.