Could King Alfred agreement finally be signed this month? 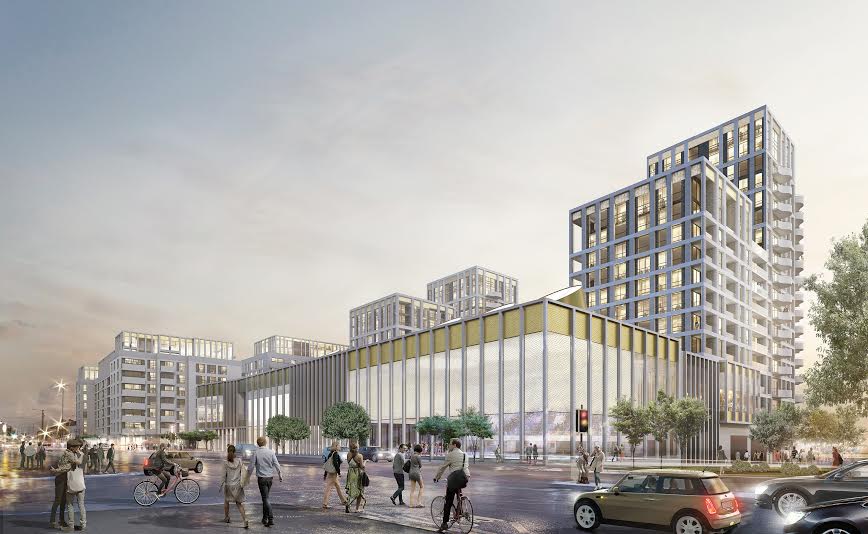 An artist’s impression of the proposed King Alfred site

After years of negotiations, the first stages of redeveloping the King Alfred should get under way by the end of the month.

Brighton and Hove City Council’s Policy, Resources and Growth Committee is expected to approve a development agreement with Crest Nicholson when it meets on Thursday 24 January.

The committee is also expected to confirm the council’s £8 million contribution, as approved in January 2016.

Legal negotiations accelerated after a fiery meeting in December.

Conservative and Green councillors censured the Labour administration over delays in getting the development agreement signed.

Once the agreement is signed Crest Nicholson is expected to move the project on in a “timely fashion”.

It is expected to complete advance detailed design work, including a public consultation, leading to submission of a detailed planning application and then moving to building the mixed scheme of housing and leisure centre.

The original deal was supposed to be formally signed in the summer of 2016 – but after missing multiple deadlines a final deadline of Thursday 31 January was agreed at the Policy, Resources and Growth Committee meeting last month.

Councillors have unanimously agreed to consider bringing the £230 million project in-house if Crest Nicholson does not sign by the end of the month.

Negotiations have been going on for more than two years as the project is described as “financially challenging”.

The previous report to the committee when it met last month said that there was a funding gap of £29 million, based on the developer’s 20 per cent profit requirement and the same percentage of affordable housing.

The Ministry of Housing, Communities and Local Government is contributing  £15.2 million towards the scheme.

In the report going before councillors on Thursday, the King Alfred is described as “at the end of its useful life”.

The report said: “Redevelopment of the King Alfred Leisure Centre, the city’s largest indoor sports facility, has been a priority for many years.

“The current centre is expensive to operate and maintain, fails to meet modern expectations and is nearing the end of its useful life.

“There is an urgent need for improved, modern and extended facilities serving the west of the city.”

It is 15 years since Frank Gehry was asked to create his vision for Hove and almost six years since the project last went out to tender.

The Policy, Resources and Growth Committee meets at Hove Town Hall on Thursday 24 January. The meeting, which starts at 4pm, is open to the public.