A second man from Brighton has been arrested over an armed robbery at a post office after a police chase yesterday (Tuesday 22 January).

Police caught the 18-year-old in Peacehaven and arrested two 16-year-old girls from Brighton but are still looking for another man who fled the scene.

Sussex Police said that he remained at large despite a search supported by the police helicopter.

A 17-year-old suspect was arrested on Saturday (19 January) and released on police bail.

The force said: “Sussex Police have arrested a second man in connection with a Brighton post office robbery.

“Officers pursued a vehicle of interest along Telscombe Way, Peacehaven, around 12.40pm on Tuesday (22 January).

“The vehicle came to a stop when it collided and caused minor damage to a police vehicle.

“An 18-year-old man from Brighton was arrested on suspicion of the robbery at the post office, failing to stop, dangerous driving, driving under the influence of drugs, driving without a licence.

“After being interviewed the man was released on police bail until (Tuesday) 12 February while inquiries continue. 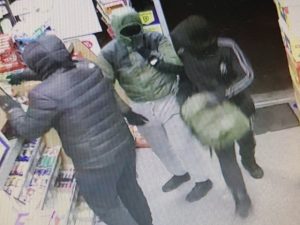 “A second man is still being sought after he fled from the vehicle. Officers, assisted by the police helicopter, conducted an area search but the suspect was not located. 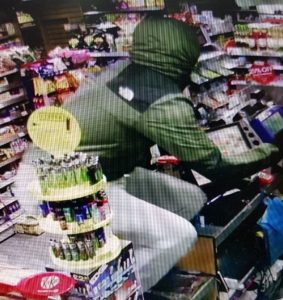 “If anyone has information regarding the collision or the post office robbery please report online or call 101 quoting Operation Fleece.