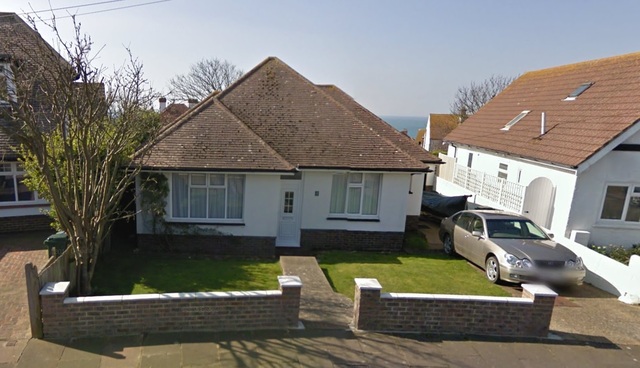 A family whose plans for an Art Deco style roof extension were deemed out of keeping have won their planning appeal.

Mark Knight applied three times to extend his bungalow in The Park in Rottingdean to accommodate his growing family.

The first application was rejected by a Brighton and Hove City Council planning officer and a second attempt was discontinued after it became apparent it would not be approved.

Then in November councillors refused planning permission on a knife-edge vote when the designs went to committee level. 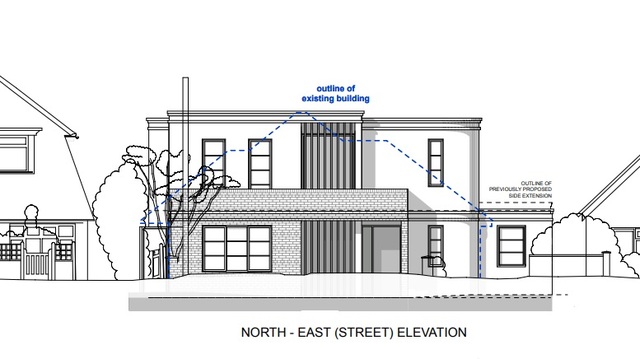 The Knights’ plans for their roof extension

Brighton and Hove City Council planning officers said the plans, which created a flat roof two-storey home, were out of keeping with the area, would be bulky and impact on next door neighbour’s privacy.

But in his appeal decision issued on Friday 15 February, planning inspector Christian Leigh dismissed these issues, describing homes in The Park as without “uniform appearance”.

Mr Leigh’s report said the proposed extension was lower than the neighbouring houses so would not be over dominant and would not over-look them.

He wrote: “There would be adequate room retained to the boundaries of the site and between properties to avoid any cramped appearance to the area, given the context within which the appeal property sits.

“The proposed development would therefore represent a high standard of design that is informed by the context of the site, and would enhance the character and appearance of the area.”

Rottingdean Coastal Conservative councillor Mary Mears asked for the plans to go before the Planning Committee if officers recommended refusal.

She spoke in favour of the application in November 2018.

Following the appeal decision, she said: “I feel delighted because they put in a very good, considered application forward.

“I felt the decision on the chair’s casting vote was not helpful. I am delighted a family can stay here.

“Families grow and they need more space. It’s expensive to live in Brighton and Hove and people move outside, so children need to move schools.”

The Knight family could have created a larger extension to the side, back and into the roof of their home without planning permission using permitted development rights.

However their planning consultants Lewis and Co argued the proposed extensions were smaller and better designed.

Paul Burgess, director of planning consultants Lewis and Co, said: “The city council failed to acknowledge that much of the proposed accommodation could be achieved under permitted development rights.

“The appeal scheme, however, has allowed a higher standard of modernist design to be achieved.”