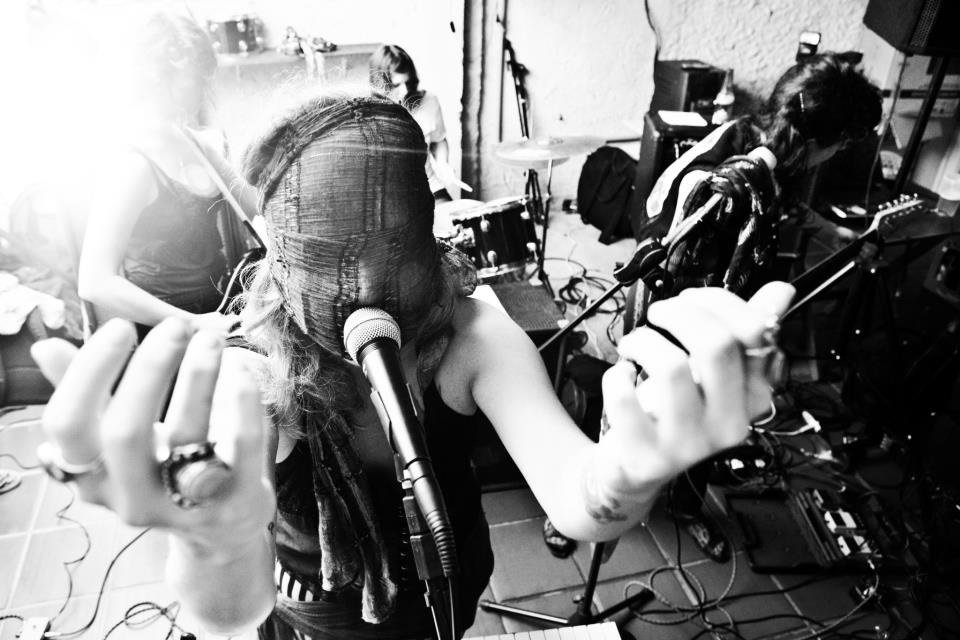 Rakta are coming to Brighton!

Well what do you know, no Monday blues here! As I’ve stumbled across this mysterious Brazilian band called Rakta and I have to say that they are pretty awesome! Turns out that they are actually crossing the world and coming to perform in Brighton! My day just got even better!

They will be performing at the The Hope & Ruin, Brighton on Monday 22nd April 2019, with the doors at 8pm. They will be accompanied by fellow Brazilians Deaf Kids and Brighton’s very own Grymm. 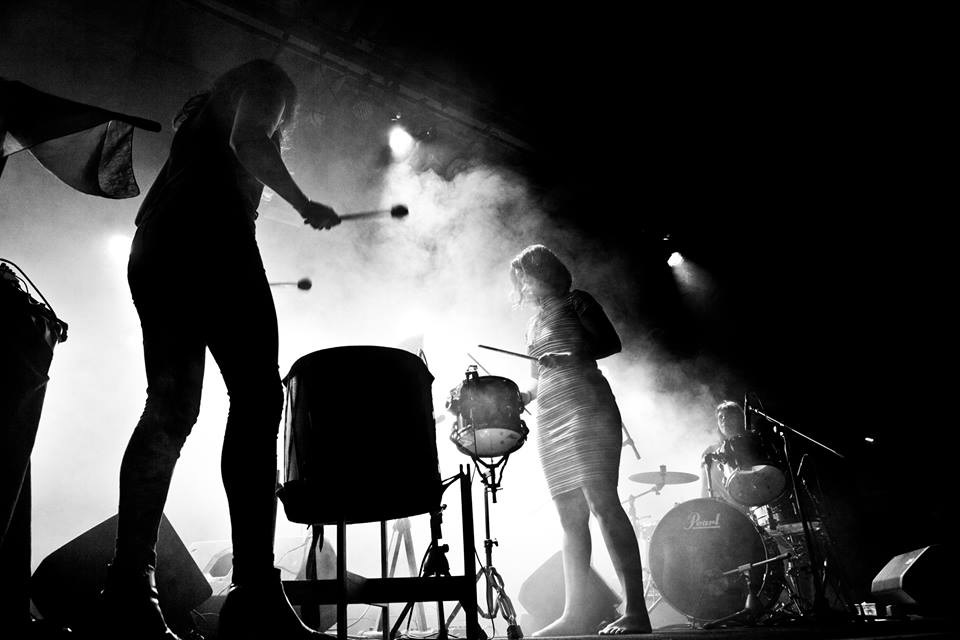 So what exactly got me hooked on Rakta then? Well it was the discovery of their sound that has (to me) elements of many bands that I happen to enjoy, band like X-Mal Deutschland, Joy Division, PiL, UK Decay, The Slits, Moon Duo, Stereolab, Sextile, Suicide, Siouxsie & The Banshees, Tubeway Army, The Limiñanas, K-X-P, Killing Joke, Black Doldrums, Nash The Slash, The KVB to name but a few. I have no idea what the lyrics are but it’s the overall beat and feel that I love. See what I mean by watching their terrific KEXP performance HERE and listening and possibly purchasing their material via this Bandcamp LINK. 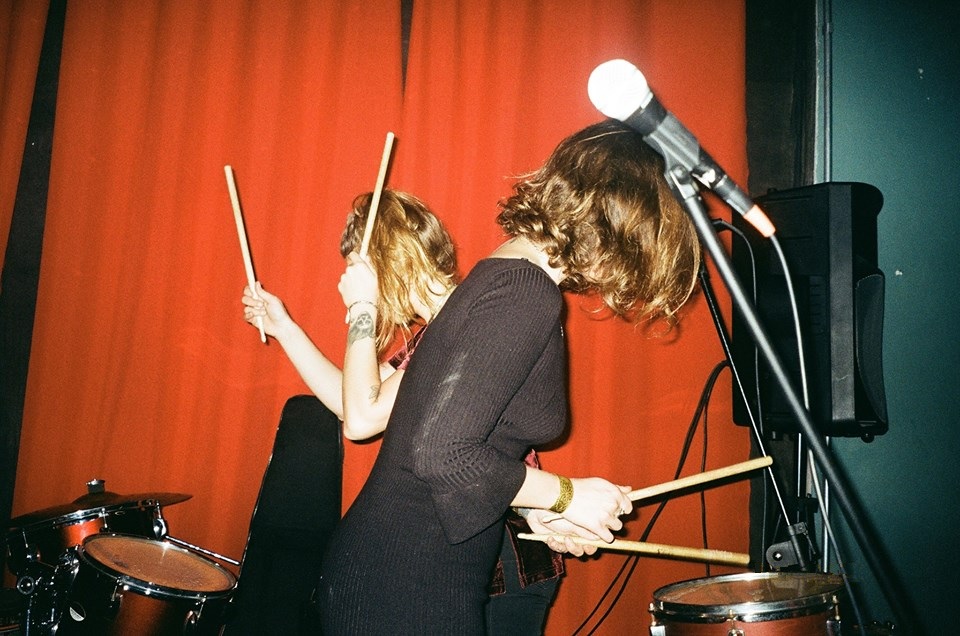 ​Rakta come straight from the depths of São Paulo, Brazil and are a band too wild to be caged inside familiar rock labels (hence the large list above). In fact, very little is familiar, or comfortable in Rakta’s music and general stance. On the road since 2012, the group, formed only by women, had as an initial inspiration the musical freedom and policy of the 70’s/80’s anarchist and post-punk scene, especially towards the “anti philosophies” from the British collective Crass. I tell you what, if the new music God, John Pee,l was still with us today, I reckon he would be raving about them! 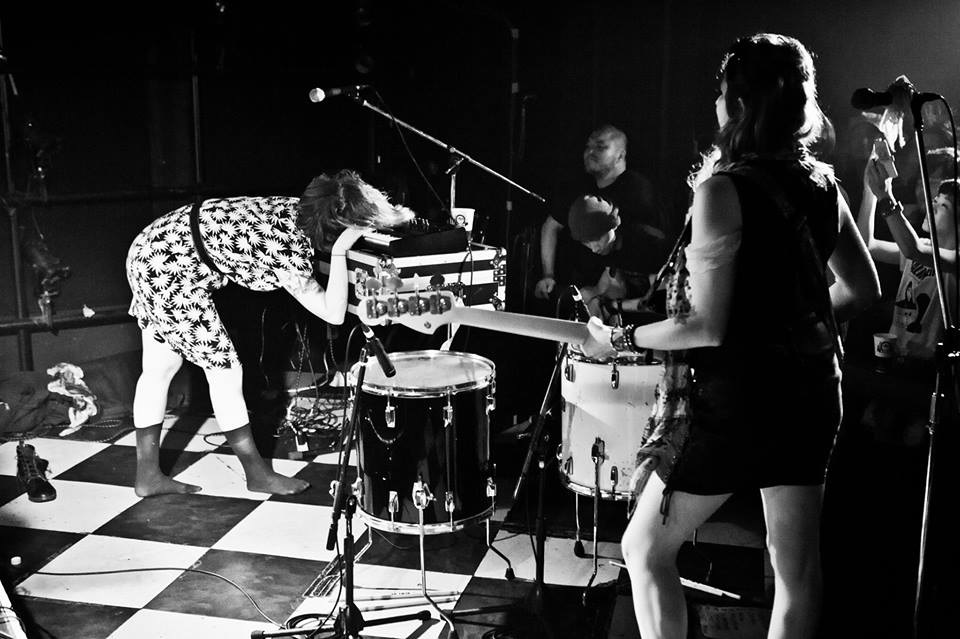 After this initial impetus, they soon found their own identity, pushing the creative barriers, without interest in playing sounds or pre-defined ideas of one or another sub-genre, I.e. a completely punk modus operandi, but without any reverence for rules and standards aesthetic-musical.

Turns out that Rakta means “coloured” or “red” in Sanskrit and it represents the blood, mainly the red blood cells. Rakta tissue oxygenates the cells, nourishes the body and is thought to preserve life. “Nourishes the body” they certainly do, and preserving my well-being and life – then well I’m up for that one! 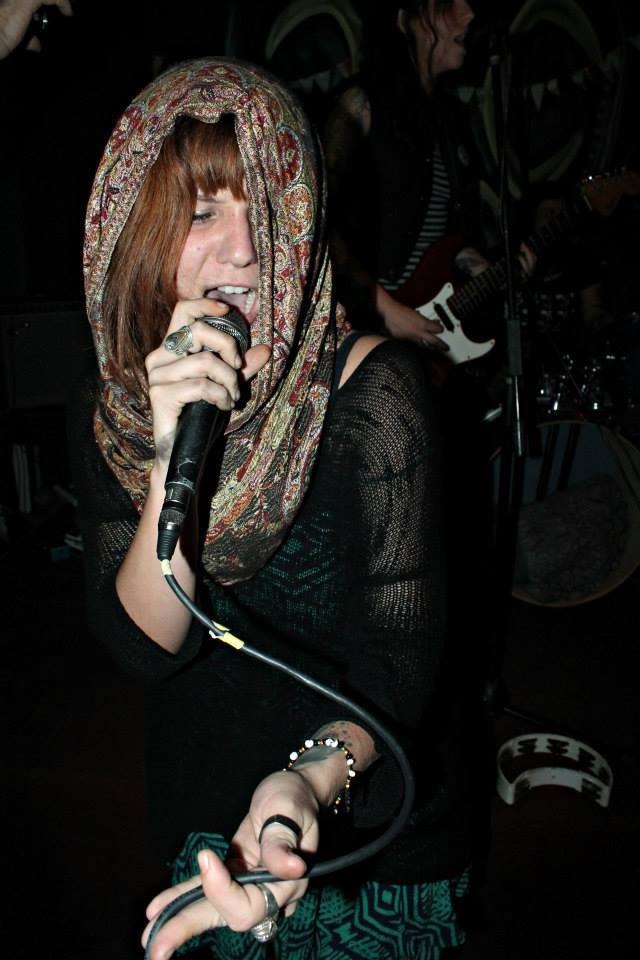 The only downside to my discovery from today is that when I was watching the pleasures of Penelope Isles, Porridge Radio and DITZ at the Hope & Ruin in Brighton on Wednesday 28th November 2018, there’s a chance that I could have legged it across the road to The Western (near Churchill Square) where in fact Rakta were performing – Oh shucks! But hey, I’m really excited about this forthcoming gig! I had better start saving so that I can hit their merch stand. 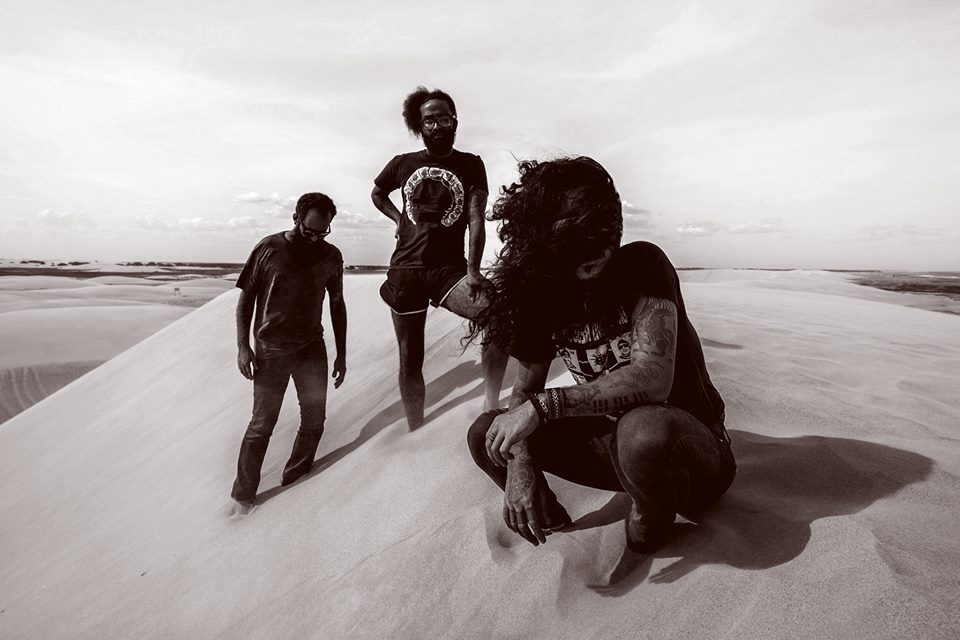 As stated earlier, also on the bill on 22nd April are Deaf Kids and Grymm. Deaf Kids have recently announced ‘Metaprogramação’ their third full length release, and first studio album to be released with Neurot Recordings due for release on 15th March. While their previous release, ‘Configuração do Lamento’, captured the group delving deep into their own diverse and discordant musical world, ‘Metaprogramação’ pushes these elements to entirely new extremes. Deaf Kids imprint a future-primitive psychic scenario into their music by weaving a fabric of electronic pulses, barrages of delay and noise, wailing guitars, and frenzied rhythms that ricochet aggressively across the speakers. Songs are urgent and fluid, melting and dissolving into one another, culminating in a wild psychedelic journey that’s bound to reach one’s mind through the body while intoxicating both. 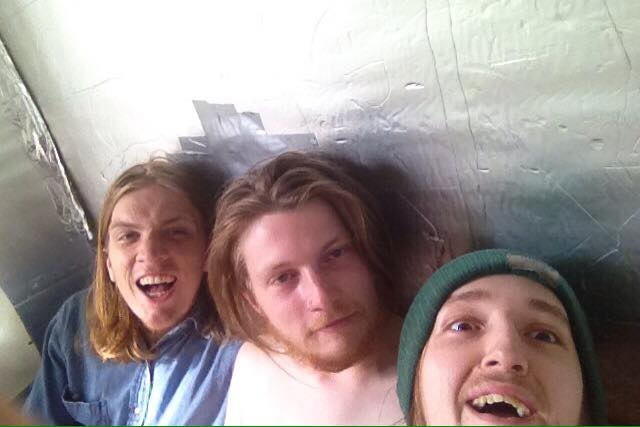 Grymm are an Apocalyptic-Indie outfit from Brighton. Combining atmospheric post-rock and piercing post-punk – synths ring out over fuzzed-up bass while sharp blows of frenzied cymbals and pounded percussion cut deep within the ensuing rage of guitar noise. The band have created a cacophony of sound, yet they still intrinsically maintain a strict grip on melody and vocal hooks. From the incredible restraint on tracks like ‘Things You Hold’ to the emotional chaos of ‘BR-EA-THE’ the three piece demonstrate a roller-coaster of exciting genre disregard that keeps on coming.

Grab your tickets HERE before they all sell out!!! 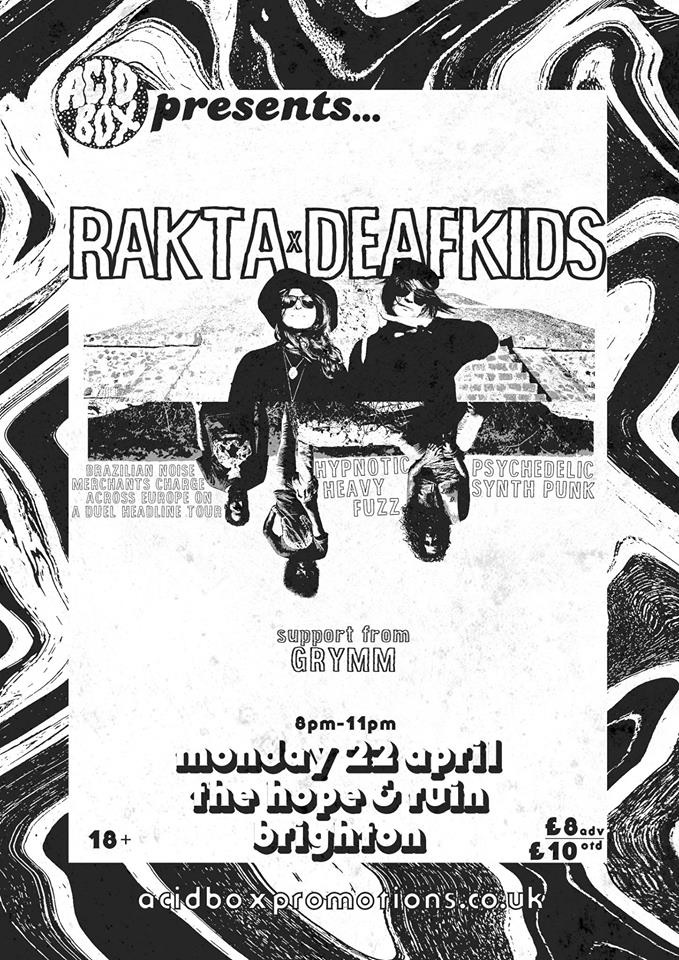 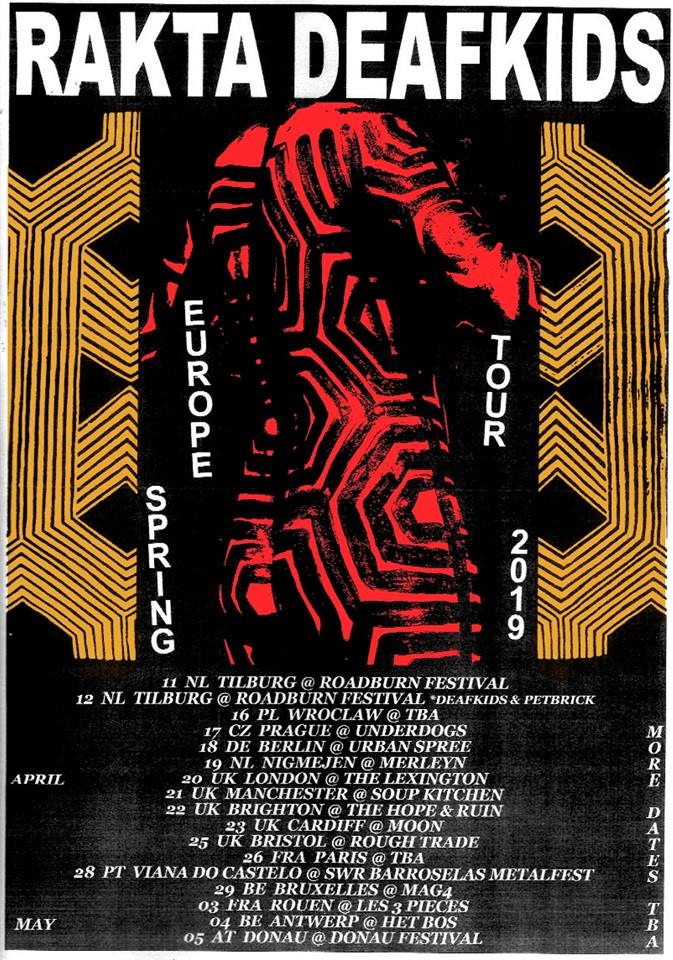