New owner of ‘Picasso’ comes forward ahead of today’s auction 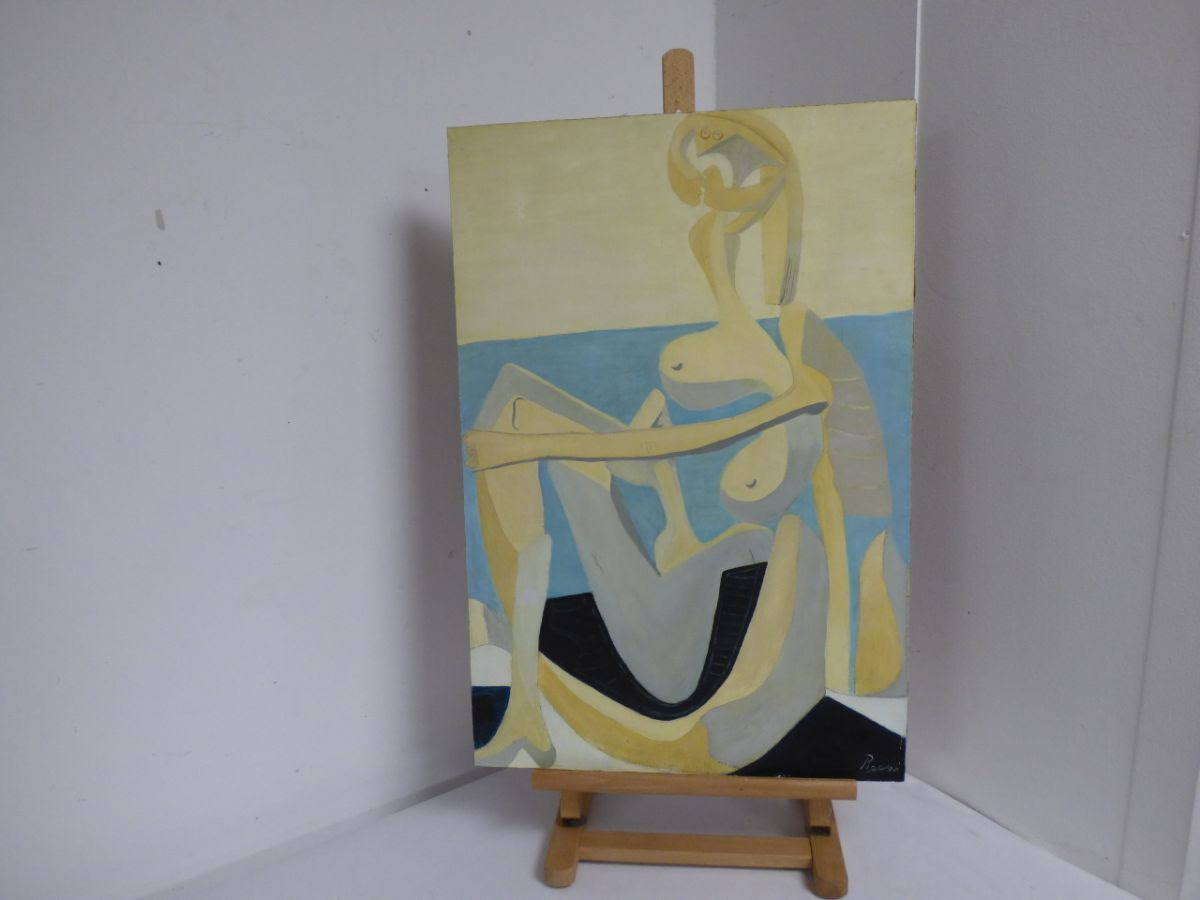 The Seated Bather, believed to be by Picasso

A painting believed to be a Picasso which is due to be auctioned this afternoon has been claimed at the last minute by another owner who says it was sold by accident.

The Seated Bather was first listed by Brighton and Hove Auctions last month after Philip Stapleton brought it in after buying it at a boot sale.

Since then, prolific forger David Henty claimed it was a fake, as he had painted it himself two years ago.

But now another owner, Francis Kiss, has come forward to say that he bought the painting in 2006 from an antique shop in Chichester.

And he says it was later sold at Ford Market due to a miscommunication with friends without his knowledge about two years ago, and he’s been trying to find it ever since.

Mr Kiss said: “It cannot be a forgery by David Henty, I have always believed it to be an original – the hard part has been trying to get it authenticated.”

Brighton and Hove Auction’s General Manager, Rosie May, said: “Our Picasso of a smaller version of The Seated Bather, has been on quite a journey since Mr Stapleton brought it into our auction house a few months ago.

“After national coverage of our findings including the message that seems to suggest this piece was a gift from Picasso to his good friend Roland Penrose, we have had international interest on the piece and have received commission bids ahead of tomorrows sale.

“Two days ago a gentleman walked into the auction house claiming that he is in fact the rightful owner of the Picasso. The plot thickens…

“Mr Kiss went on to produce photographic evidence and receipt of purchase of owning the piece since buying the painting back in 2006.

“Mr Kiss explains he witnessed a lady in her 50’s-60’s bring in the painting to Peter Hancock’s Antiques in Chichester, along with some other items she wanted to sell. Mr Kiss saw the painting and purchased the piece for £150.

“Mr Kiss went about the infuriating task of trying to get the painting authenticated, a friend attempted to take the painting directly to the Picasso family in order to have it investigated and researched – however the friend was unable to make contact with the family and returned the painting back to the UK with no further evidence to its authenticity.

“The painting was placed in the hands of of a mutual friend with the intention for it to be passed back to the Mr Kiss.

“A miscommunication between the three friends led to the painting being accidentally sold at Ford Market without Mr Kiss’ knowledge and he has been trying to locate his painting ever since.

“The fact that the artwork spent several years in the possession of Mr Kiss disproves Henty’s claim that he painted it himself a few year ago and gave it to a friend. Mr Stapleton unbeknown to him purchased the painting in good faith from the market and eventually brought it to us for further investigation.

“Mr Stapleton has been made aware of this last minute revelation and very is grateful to Mr Kiss for coming forward with the background information and even more so the evidence to prove that infamous art forger David Henty’s claim to painting is complete nonsense and merely a attempt for national press coverage for his own artwork.

“Without producing any evidence Mr Henty took to social media and contacted the press to lay claim to the painting.

“He stated that he painted it two years ago which – we know know to be completely false as Mr Kiss has evidence to the contrary dating back 13 years.”

The painting is to go on sale around 2pm at Brighton and Hove Auctions this afternoon.