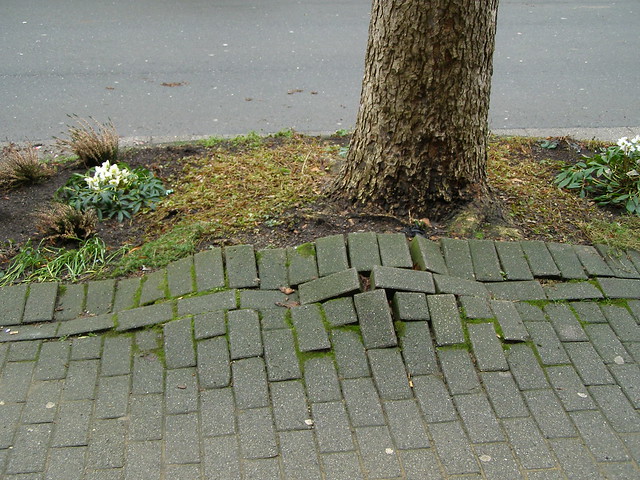 Tree roots under a pavement by Erich
Ferdinand on Flickr

Brighton and Hove women have been targeted by fraudsters who try to charge them for emergency work on tree roots which are supposedly damaging drains.

Four women living in the city have been approached by someone pretending to be from Dyno-Rod asking them for £250 to hire equipment needed to work on their tree roots.

On Monday, June 3 a woman in Hove received a phone call asking for payment for the equipment. A man came round shortly after to collect her card and £250 was withdrawn.

On the same day a woman in Hove received a similar phone call with the request for payment. No money was handed over.

On Tuesday (June 4) two Worthing and a Brighton woman were targeted both on the phone and in person. No money was handed over. On the same day a Worthing man handed over £450 to a man who stated money was required to fix a drainage issue.

On Wednesday (June 5) a Brighton woman received a phone call asking for payment but she checked with the council who confirmed it was a scam. No money was handed over..

On Thursday (June 6) a disabled woman in Worthing handed over her card and PIN to pay for the deposit of the equipment. A total of £1,800 was taken from the account before the card was stopped.

Police have been providing support, including advice and assistance on prevention measures.

PC Bernadette Lawrie, the Sussex Police Financial Abuse Safeguarding Officer said; “Remember – no police officer, or bank staff on the phone, will ever ask for your bank details or for cash. Don’t give your details or cash to anyone in these circumstances!

“Luckily the majority of the victims realised something didn’t feel quite right and made contact with a professional body who confirmed the matter was a scam.

“For further advice and information on preventing this type of fraud, click the link for the Sussex Police website.”