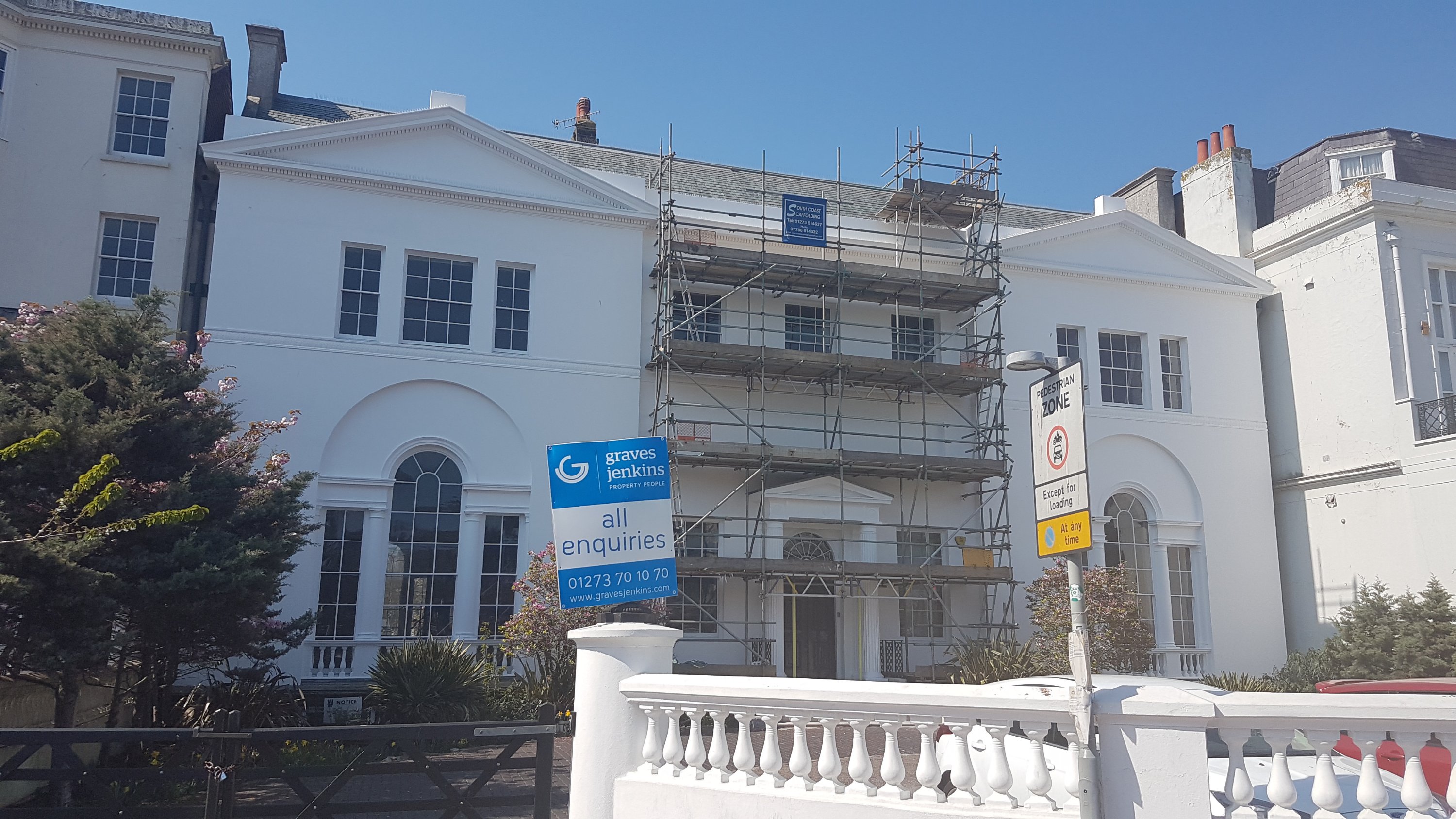 The owner of one of Brighton’s finest Regency buildings says he wants to turn it into a wine bar.

Brighton businessman Tony Antoniades bought Marlborough House in the Old Steine in 1999 from the council, which was using it as offices, in 2005 and ten years later he got permission to turn it back into a single home.

But work has stalled on the Grade I listed building while he battles with the council over the changes he wants to make – which have even seen them end up in court.

The council this week confirmed it was dropping its prosecution against him for unauthorised changes to the 1765 building.

This was because a planning application to reverse some of the changes was approved.

Part of the application discusses Mr Antoniades’ “wider ambitions” for the building – which include a wine bar, dancing area, restaurant and hotel rooms.

The heritage statement, written by Nick Stickland of Stickland Wright architects, says: “The wider ambitions for the building … are for more significant alterations, restorations and refurbishment to bring the currently vacant Grade 1 listed building back into use.

“The intention would be to breathe new life into the building by re-connecting with its origins at the time of its design inception.

“The property was a single residence but intended for social gathering.

“The proposed would be:

“These uses are intended to chime with the social history of the building and offer a place where guests can linger in the building, taking a slow journey through rooms of different function and character.

“The building would become a generous host where one can eat, pause for thought, attend an event or meeting, dine, socialise, drink and be merry. For the lucky few, accommodation would be available.

“This success of this balance is intended to make a viable and sustainable commercial future for the building, which has for too long eluded it.”

Mr Antoniades got into hot water with Brighton and City Council after making alterations including taking out dormer windows, installing Velux rooflights, tearing down a porch to the rear and painting the outside with modern paint.

The council took him to court in February last year for breaching two enforcement notices.

The first, relating to the alterations, was issued in 2014 – the year after Mr Antoniades received planning permission to turn the building back into a single dwelling house.

The second, relating to the paint, was issued in July 2017.

However, the second enforcement notice was dropped in June 2018 after a retrospective application to repaint the front of the building was approved on appeal.

This week, Brighton and Hove City Council said it would be dropping the prosecution after the application to reinstate the dormers, remove some of the rooflights and rebuild the porch was approved.

A council spokesman said: “We have now withdrawn prosecution proceedings for failure to comply with the Listed Building Enforcement Notice.

“Proceedings will be re-opened if the required works are not satisfactorily completed.”

Mr Antoniades said: “Marlborough House has for over 200 years suffered the consequences of a lack of interest, where many of the historic features have been poorly attended to or replaced with inappropriate changes.

“The works now being undertaken are to peel away those changes and where possible restore the original appearance.

“In that regard the council misunderstood and took the appropriate measures. However, in depth research and consultation lead to a different view and works to that effect have now been approved.”

Brighton and Hove City Council have been very polite and thoughtful during this time and it has been appreciated. We are now working more as a collaborative team.’