These bands are certainly not up for Ridicule 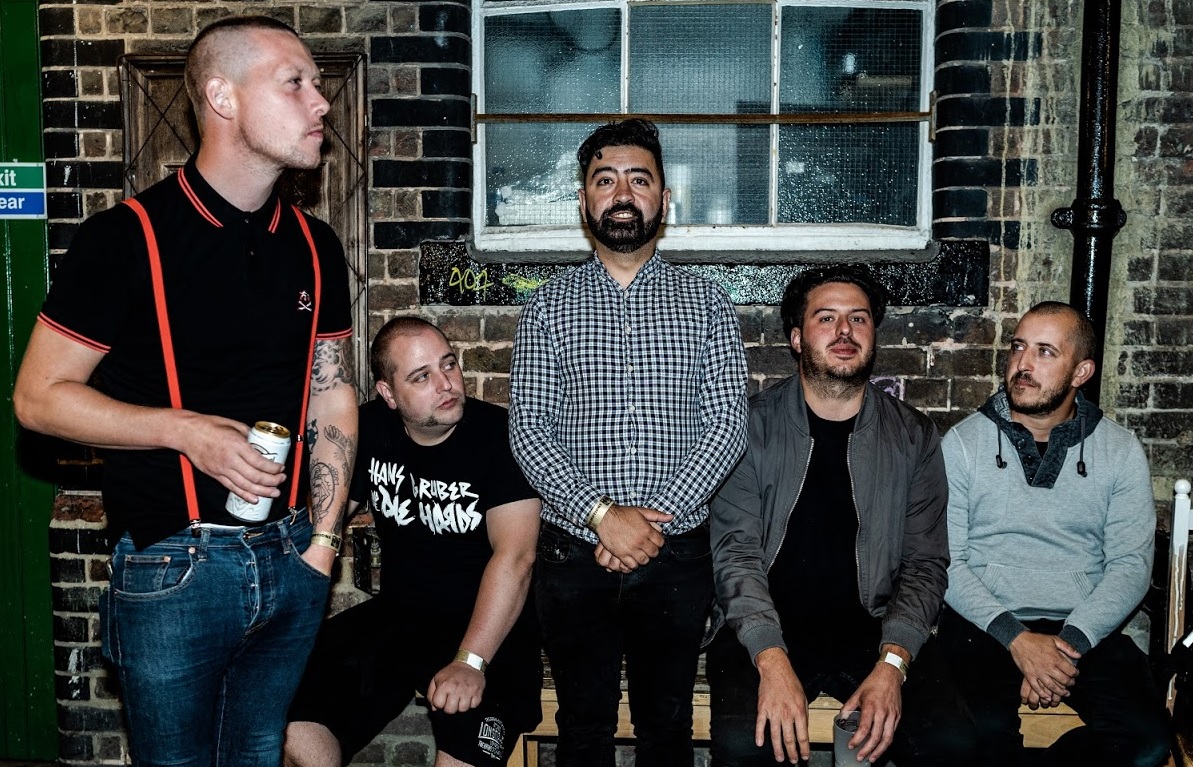 Sundays don’t just have to be about lazy lunches and country walks. Thanks to our friends at Angel Promotions this Sunday is gonna be a little more lively!

Tonight’s entertainment takes us to the Green Door Store which is nestled under the Brighton rail station and a stone’s throw from the Prince Albert. On offer is a triple bill of punk rock headlined by ‘Riskee & The Ridicule’. 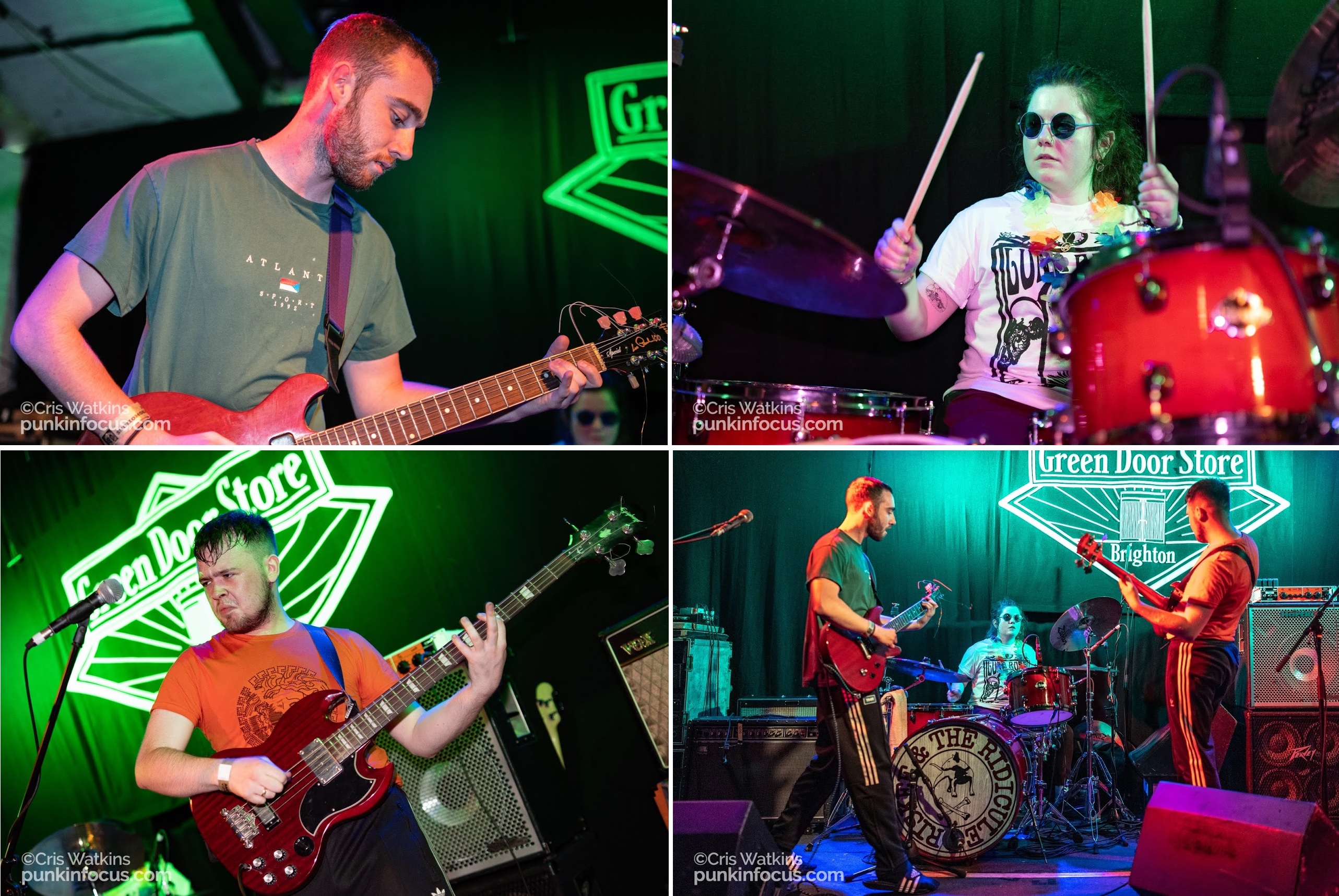 Corby’s ‘Skirt‘ get this Sunday punk fest rolling with their own brand of psych-post-punk, armed with fat distorted bass lines, flange and phased guitar and rhythmic drumming. Opener ‘OGB’ reminds me a little of ‘Up The Beach’ by Jane’s Addiction until transforming into an altogether different beast, more akin to a heavy Joy Division. The rest of the set stays in a similar vein dropping in a Madchester 90’s vibe to a few of the tracks which works well. They also get in a sweet cover of Slowthai’s ‘Doorman’ before closer ‘Easy Tiger’ from their ‘Is It?’ EP which brings to an end an enjoyable opening set. 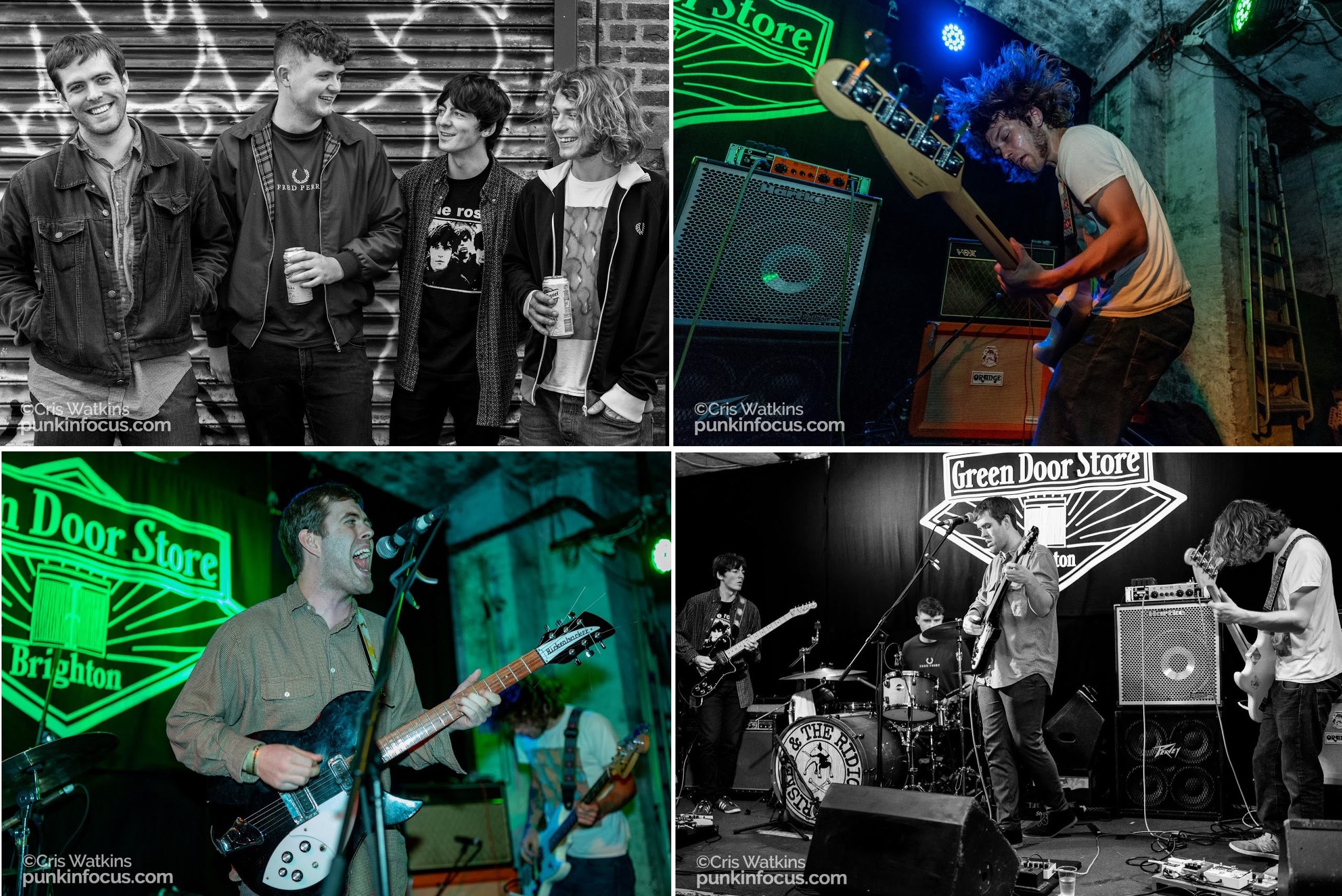 Also hailing from Corby (Northamptonshire) and having never heard ‘Luna Rosa‘ before, I was in for a sweet surprise straight from the off as ‘Hybrid Polynesia’ fills the air, the band are extremely tight, energetic and create a huge wall of sound that just swallows you up. Take equal parts of the of ‘Joy Division’, ‘Killing Joke’ and a smattering of ‘Oasis’ and you’ll be somewhat close to their sound, but with a little special sauce of their own. Favourites tonight were the slow-building ‘Fever’, ‘The Fire Inside’ and brilliant new single ‘I In The Centre Of Pride’ which came out on the 27th of this month and adds an ‘IDLES’ ferocity to the mix.
Do check them out, as these four young guys really do deserve your attention and the music they are making right now totally belies their age.

Full setlist:
‘Hybrid Polynesia’
‘The Fire Inside’
‘Mercurial Man’
‘Fever’
‘Spread My Ashes Anywhere But Here’
‘I In The Centre Of Pride’
‘MK Ultra’ 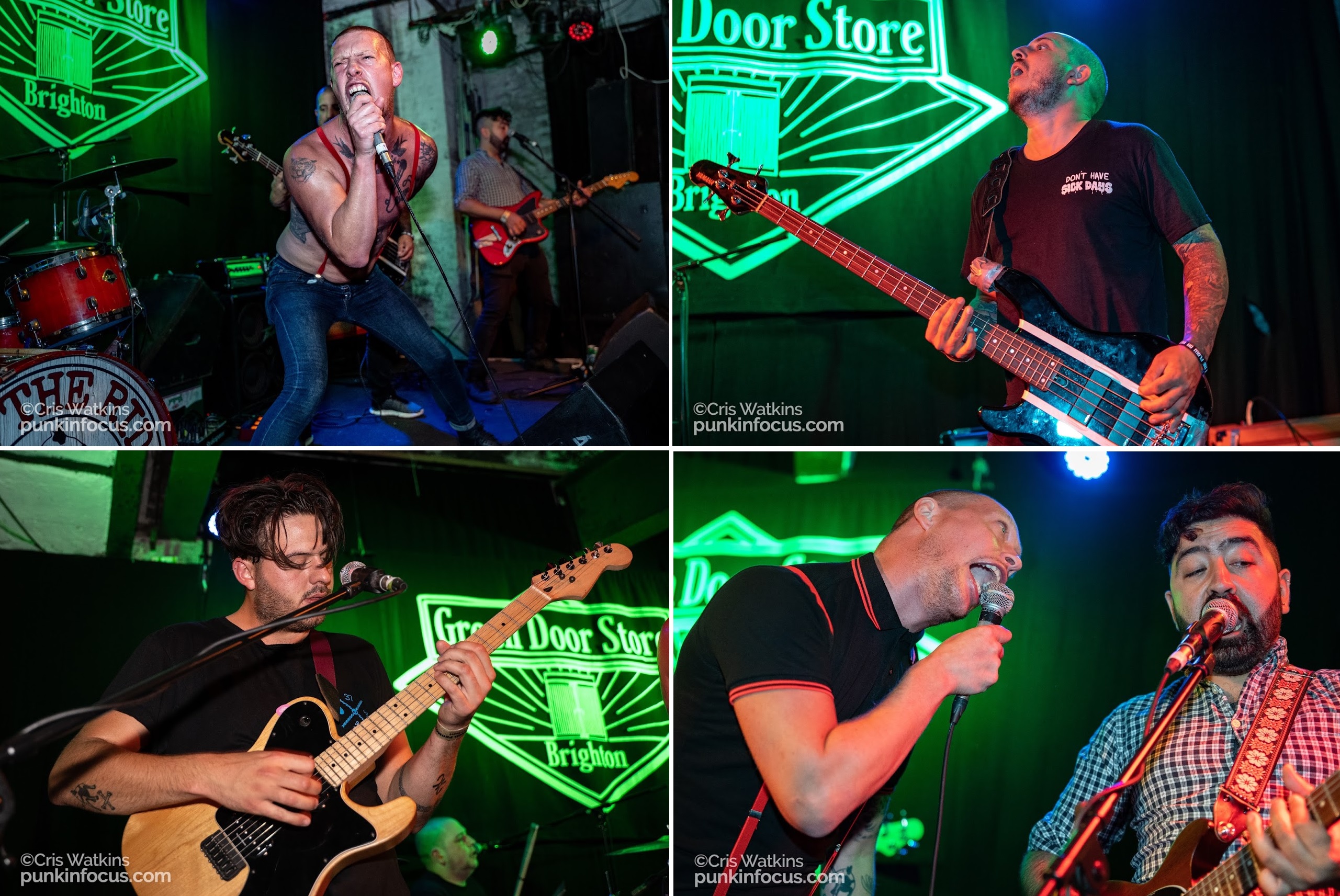 For me though, this night is all about Riskee & The Ridicule (and how could it not be, after the release of the incredible ‘Body Bag Your Scene’.) They have just produced the must-have punk rock album of 2019 and in the process absolutely buried the competition, as tonight’s opener says ‘Accelerate’ there’s no turning back!
And what an opener it is, with vocalist Scott’s “Tra na na na” chant before the chugging guitar and drums kick in for an all-out assault. ‘Banger’ follows from 2017’s ‘Blame Culture’, but most of the set leans heavily on the new album and why wouldn’t it??

‘Kaboom’ follows with its grime-punk groove, Scott moves across the stage contorting his face and body as if trying to exorcise demons, driving them out with a force that envelopes the crowd and this is how the set continues on through ‘Drown’, the body tingling ‘In The Dark’ with its hauntingly beautiful refrain of “You carry me more than I carry you”, but it’s with ‘Body Bag’ that things just go up another notch and so do the band.

To call tonight’s show enjoyable just doesn’t do it justice. This is the most impressive set I’ve heard from Riskee, the band are tight as the preverbial gnats rear end, with an intenseness that outshines previous shows I’ve seen over the last few years, most notably when they first came to my attention when supporting The King Blues back at the Haunt and earlier this year at Camden Rocks.

Back to tonight and we are treated to a pretty damn perfect set with special mentions to ‘Our Time’ which shines even more live, the classic ‘Hipster’, ‘Molotov Cocktails’ another crowd favourite and mine, a flawless ‘DIY’ and set closer ‘Cut Your Teeth’ which saps every last drop of energy from the band and assembled crowd and leaves nothing in the tank .

Riskee are on the rise and it’s about time, they’ve gone from 800 listeners to 10,000 in the past month on Spotify and this can only increase. Get ‘Body Bag Your Scene‘ on whichever listening device you use and seriously get converted! 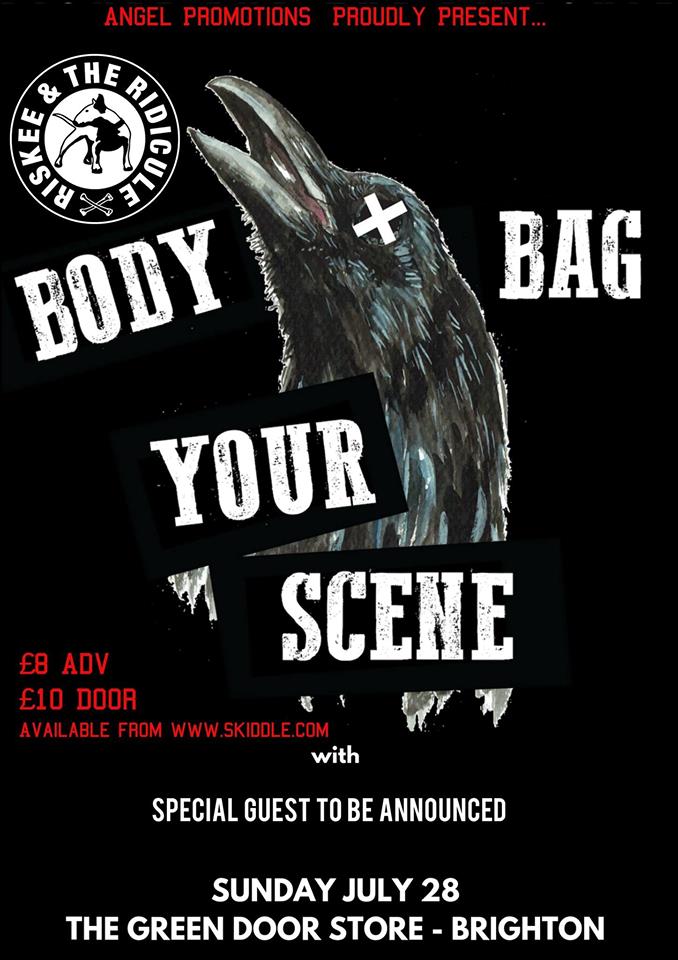