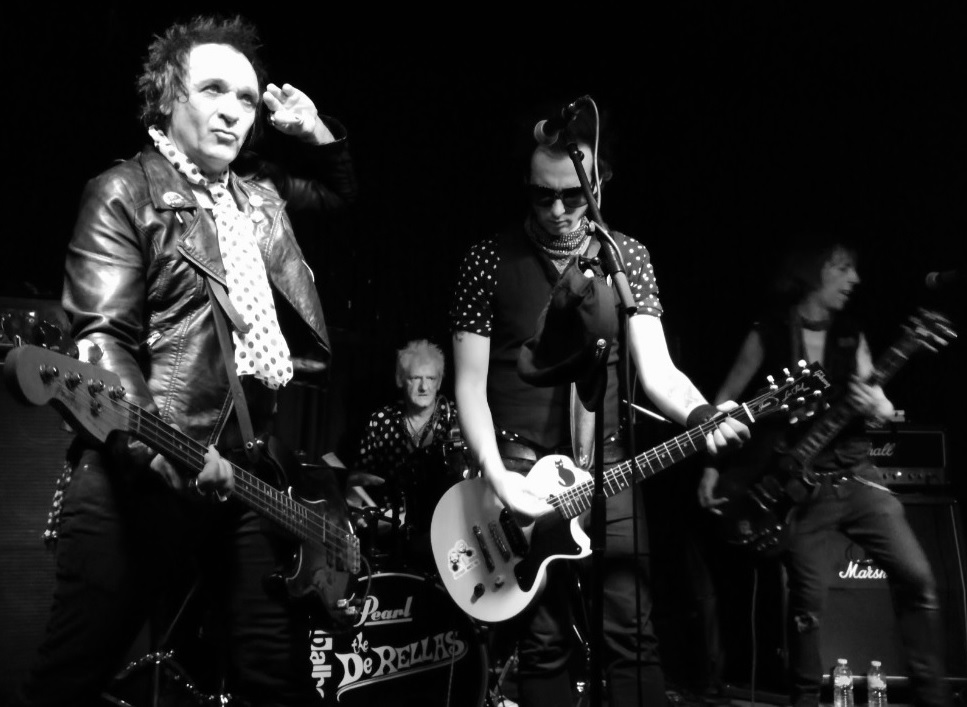 We were off to the second gig of the day having just left ‘The Rock House’ Festival which was taking place across the road at the Green Door Store – read the review HERE.

I had been looking forward to this gig for a while, having seen The DeRellas play live in Lewes last year. This time they were headlining and I was hoping for a great set and boy did we get it! 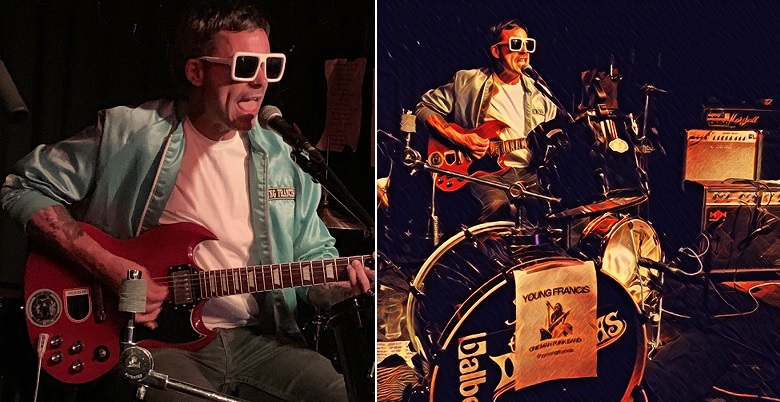 First up tonight was Young Francis. I had seen him a couple of years ago in Hastings at the Black Market VIP. I remember the set, but it wasn’t something that hit me at the time and I wasn’t reviewing that gig. However this time I was really impressed firstly by how far Young Francis has come. This time I was enthralled by the set and his ability to play lead guitar, bass drum, a snare drum (both drums with his feet) and sing at the same time.

I noted after his set that a number of the audience were saying how impressed they were with the performance. Young Francis is German born but Brighton based and he certainly is quite a character. He asked the audience to join in with him by playing various other instruments during the latter part of his set. A number more than happily obliged in playing tambourines, cymbals and hand held drums. This went down rather well and warmed the audience up nicely for the rest of the gig. 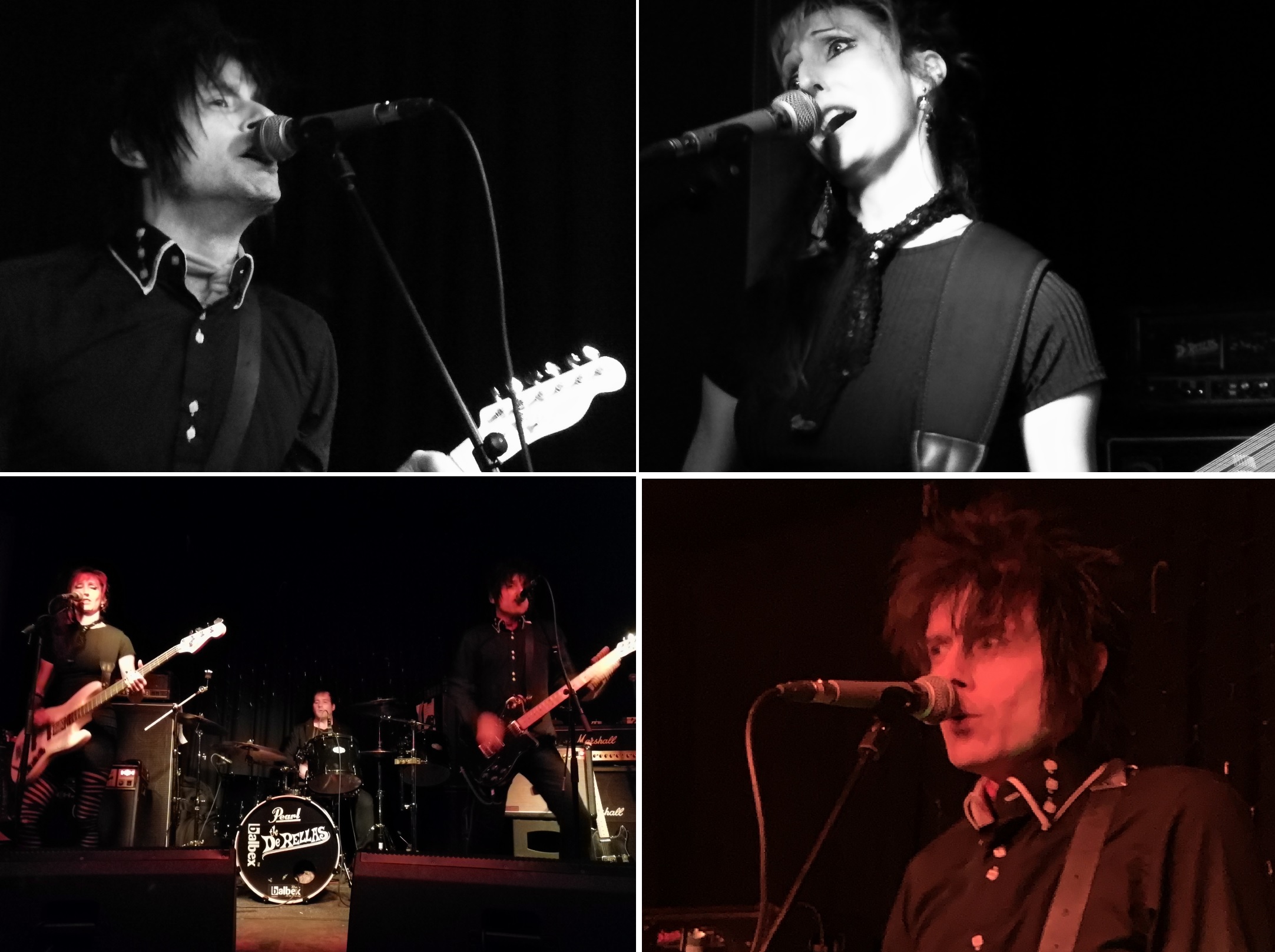 Next up tonight was Scare Taxi, who are a Brighton based trio who seem to be popping up on the scene with some regularity these days, having recently performed in Lewes with Electric Six back in May (Read the review HERE) and Art Brut at The Haunt in February – Read the review HERE.

Scare Taxi are headed by none other than Alexander Boag, former frontman of 1990’s chart band ‘These Animal Men’, who in their time secured three Top 100 albums and five Top 100 singles. It’s no wonder then that spikey-haired, Johnnie Fingers (Boomtown Rats) style clad Boag certainly knows how to throw a pose or twelve, which he did throughout tonight’s set. Boag regularly shares vocal duty tonight with captivating bassist Tara ‘Guitara‘ Harley, who offers varying facial expressions, whilst singing. Completing the line-up was drummer ‘Jonny 8 Track’.

They started the set with ‘Great Things On My Mind’ and I enjoyed their sound. Boag certainly knows how to get his guitar singing and the sound is great. This band are polished and all accomplished musicians. First song in and getting hooked. I looked around and there was a fair sized audience and everyone was enjoying the performance. In between songs I briefly spoke to those around me and they were saying how good Scare Taxi are. The set went on and I would like to see them again, which I am sure will be soon.

Listen to them HERE and more info HERE. 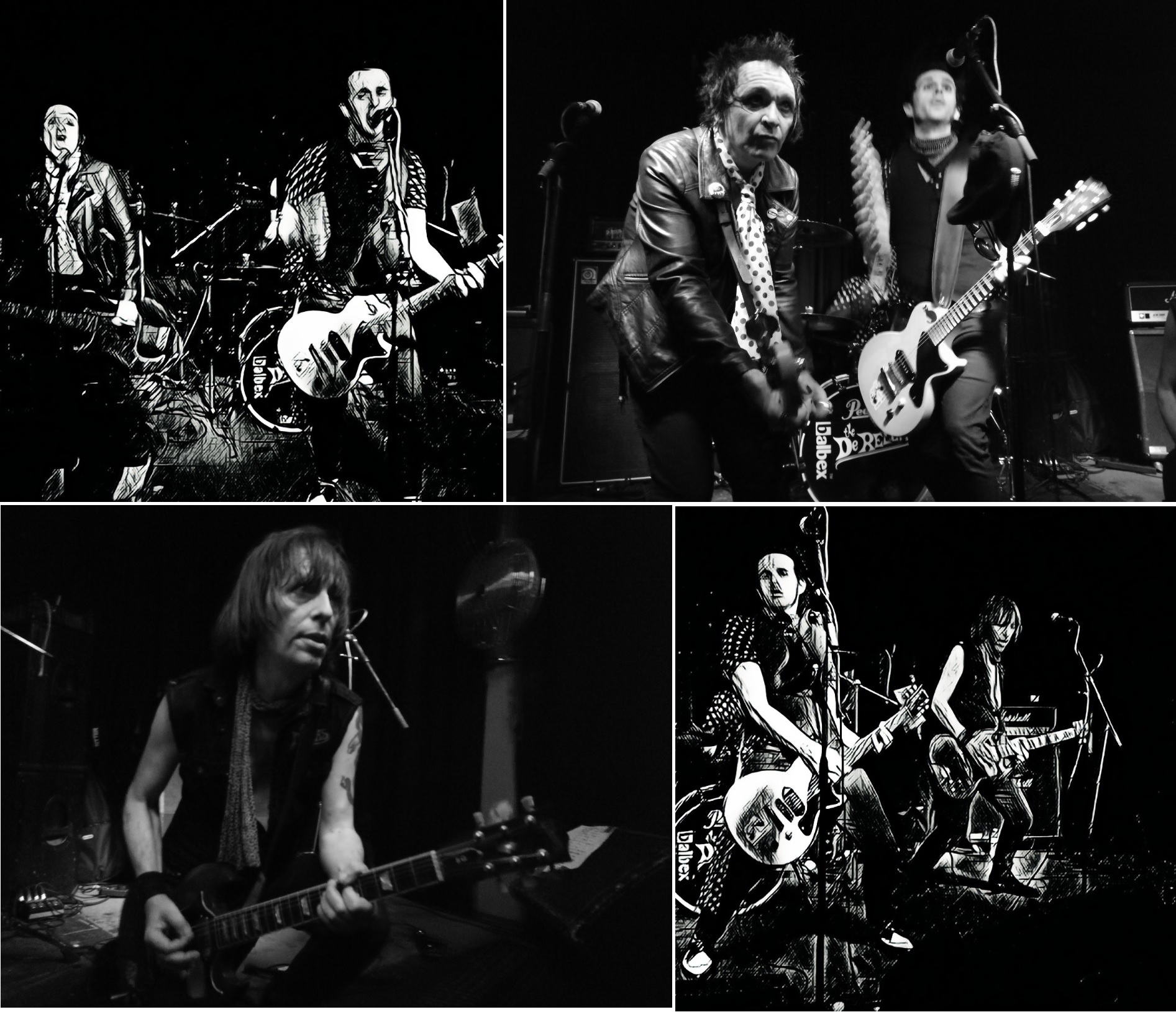 Now to the main event. I love The DeRellas and have done since I first heard ‘Looking For You’, which appeared on the ‘All Fired Up’ EP (2007). Hooked straight away. I also purchased the albums, which some are pretty hard to come by, my favourite being ‘Slam Bam’ (2014) and most recently the ‘Freakshow’ 10 inch green vinyl EP which is fabulous too.

In true flamboyant style off we went with ‘Got Something To Say’ and here we go DeRella style. I love the sound, which is a mixture of Glam Rock, Pistols, Rock ’n’ Roll and everything I love about punk rock. Instantly immersed and then into ‘Strung Out Sin City’. Next up one of my first favourites ‘She’s A Pistol’, Rock ’n’ Rolla Coaster here we go. I love Timmy on the bass, it’s like he suddenly takes on this whole new persona, which is captivating and real fun. Next up ‘Kids Wanna Slam’. Joey up front is such a cool front man and he is great on the vocals too. Tonight he asked us all to guess how they wash their scarves after the gig, they certainly will need it with all the movement of the performance!

The set continued with all the songs that as a fan, I wanted to hear including ‘Freak Show’. Luca (who incidentally is also a member of Spizzenergi when they go on tour) certainly lights up the band with great lead guitar work. Along with Billy Chaos these guys create a blistering sound that is just brilliant. Other highlights were ‘Looking For You’ and ‘Stick It To The Man’. Great to get a full set with this band at last – need more of it. Every song was delivered true DeRella style and I didn’t want it to end.

Best moments; All of it. If you are going to see a live band make it this one. Next up for The DeRellas is The Rebellion Festival this week in Blackpool.

Listen to the band HERE and further data can be located HERE. 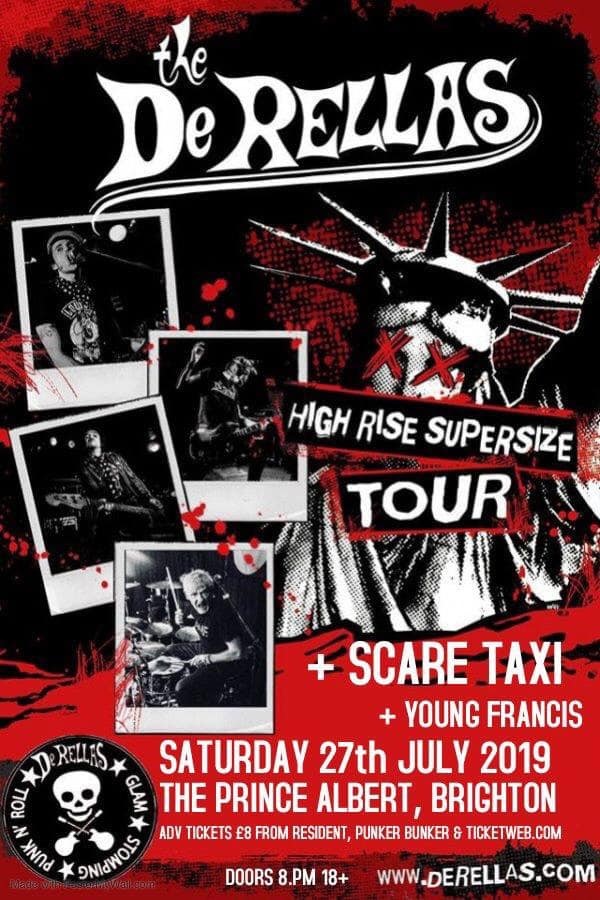