Art Brut…splashing it all over 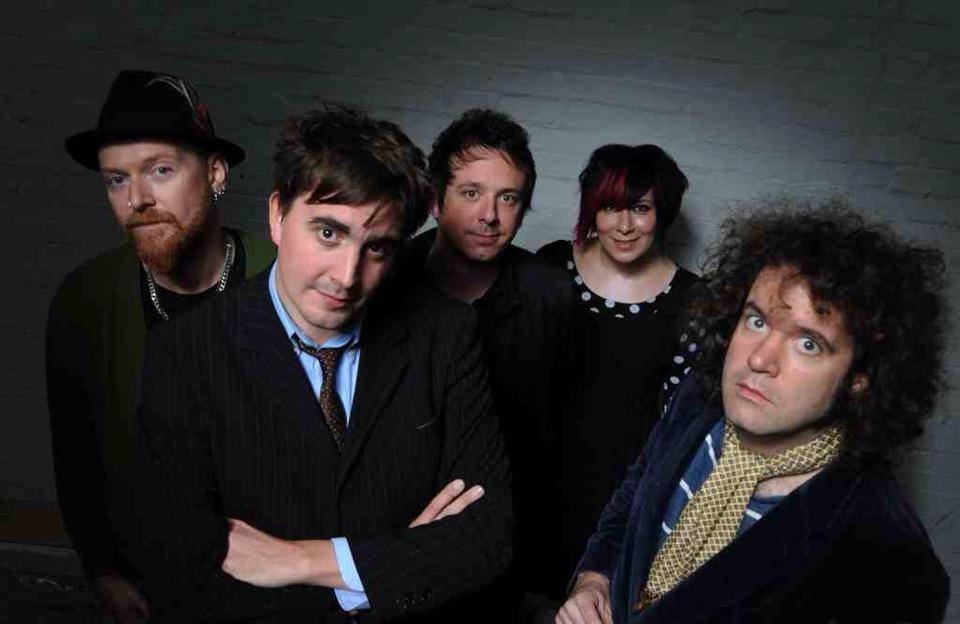 Can it really be 15 years since Art Brut released their debut single ‘Formed A Band’? And 6 years since they last played Brighton? 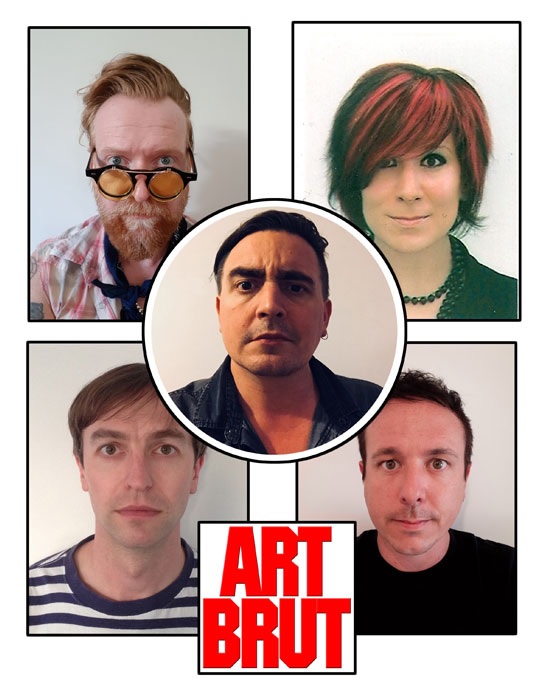 It can indeed, as that is the first thing singer Eddie Argos tells us after coming onstage. The first is simply the result of time’s arrow, but the 6 year gap comes from Eddie suffering a period of ill health and hospitalisation during which he nearly died. But now the band is back, with a set of new tunes inspired by Eddie’s hospital time, after Eddie’s mum (the band’s biggest fan) rang and told him that she’s been watching Jools Hollands’ TV show and seen Sleaford Mods and IDLES on it, meaning that “shouty indie music” is back. 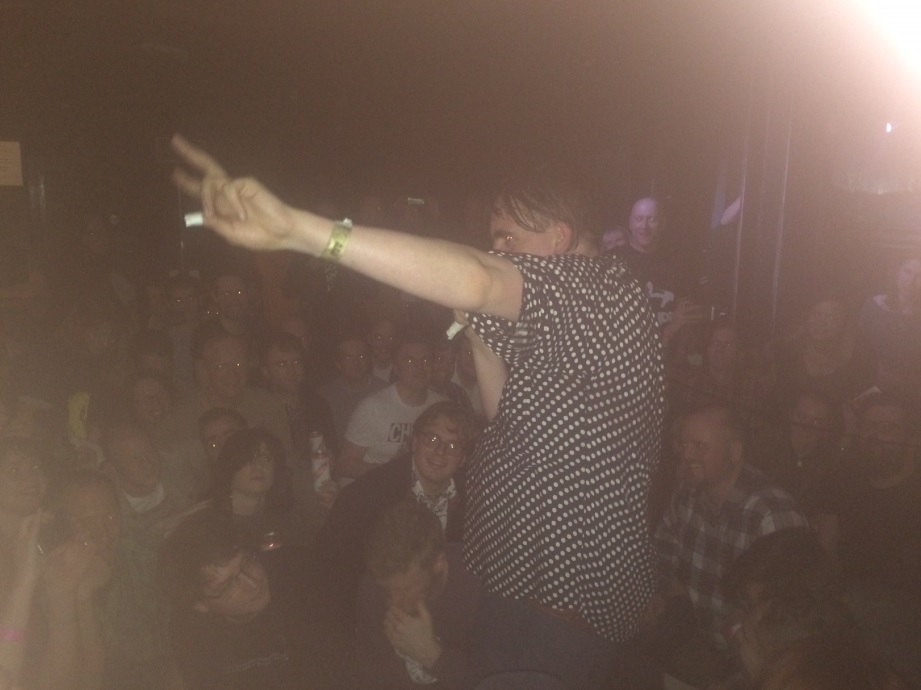 For the uninitiated Art Brut are rather like classic era Pulp fronted by a stand up comedian – there are many breaks into anecdotes and satirical gags – whose vocal style (talking loudly over music) is summed up by the lyric “Yes, this is my singing voice, it’s not irony, it’s not rock ‘n’ roll… We’re just talking to the kids”. Or as Eddie admits tonight “…talking to people in their late 30s who still like indie music”. Their latest release is the album ‘Wham! Bang! Pow! Let’s Rock Out!’ which was released 23rd November last year via Alcopop! Records. 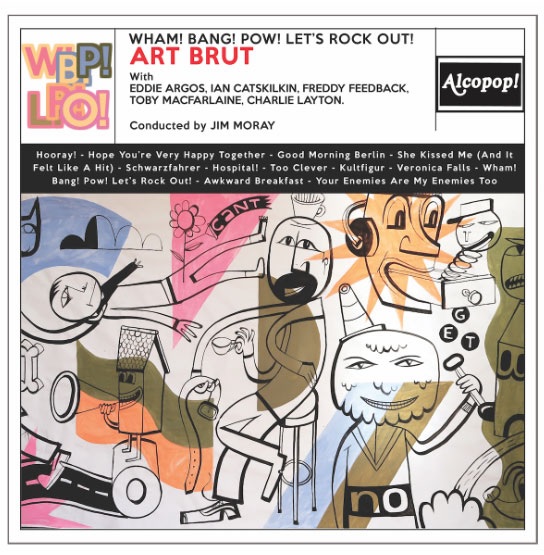 Tonight’s sold out crowd at The Haunt in Pool Valley, Brighton, is a refreshing mix of young and old, rather than just the usual men of a “certain age” (like me) who might have been expected. The gig is near the end of a sold out UK tour and Eddie is more effusive and manic than usual, if that’s possible, as they run through a mixed set of old and new tunes. The usual tactics are applied; call and response, Eddie “Art Brut?” Crowd “Top of the Pops!” Eddie “Tories?” Crowd “Out!” plus reverse stage invasions, audience sit downs and the monologue about encores being silly before the band crouch on the floor and pretend to have left the stage after the last song.

All in all a classic live band, whose personnel this evening was Eddie Argos, Ian Catskilkin, Freddy Feedback, Charlie Layton and Toby Macfarlaine. 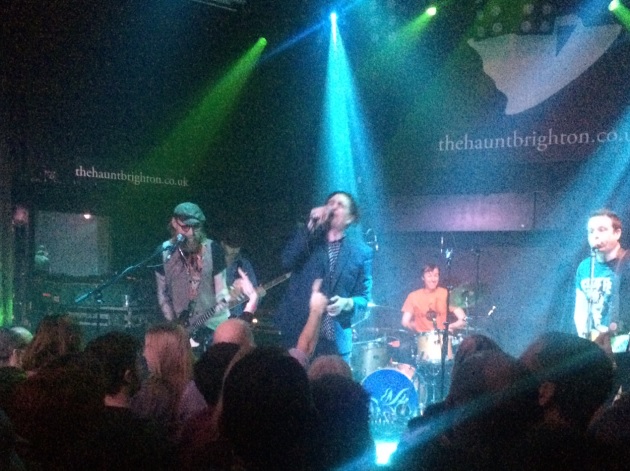 Find out more information about Art Brut HERE and listen to them HERE. 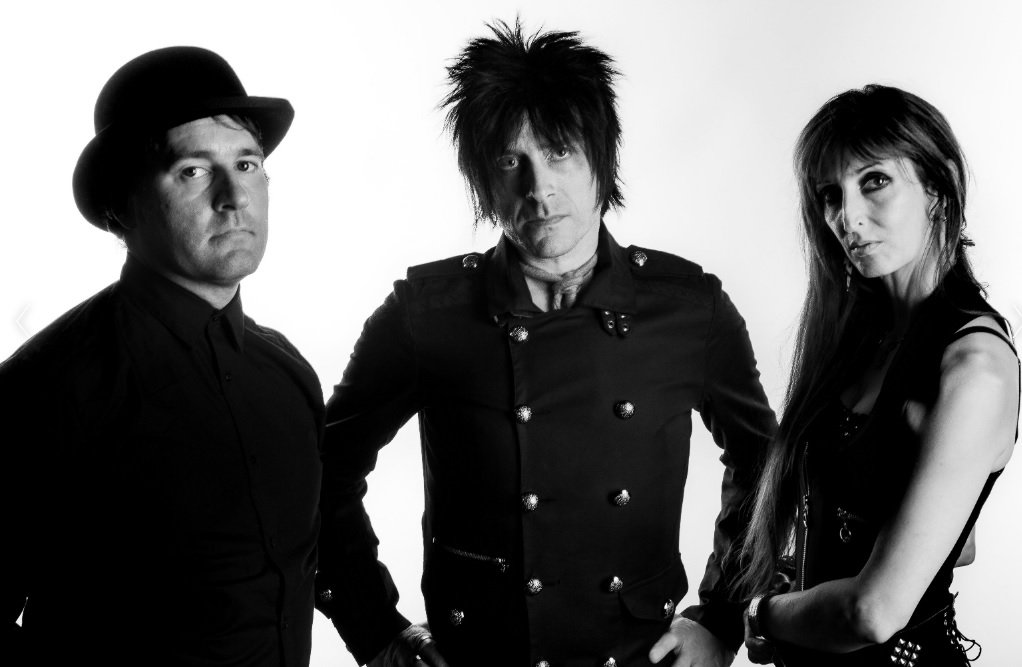 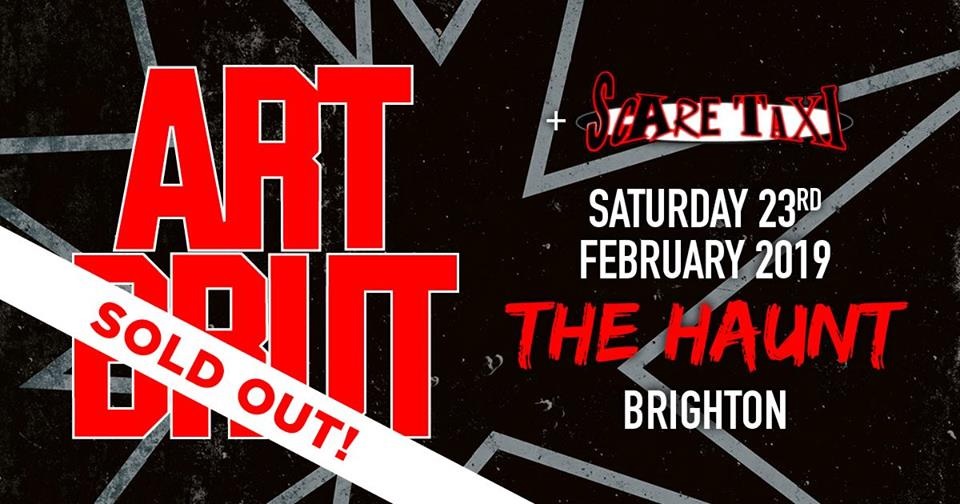 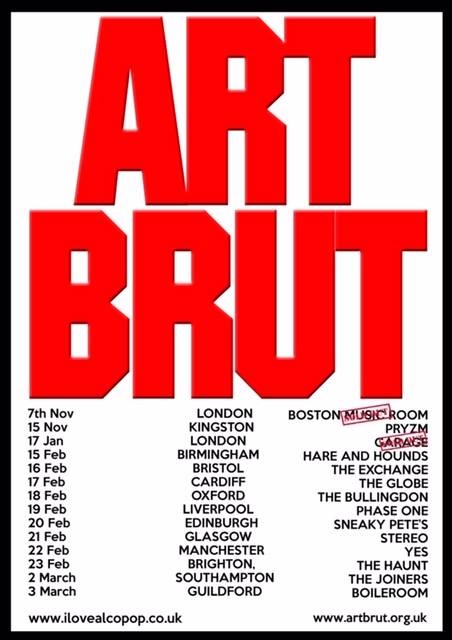