Saturday was certainly a busy day in Brighton for gigs with a real choice across all of the different venues. Our first stop of the day was the Green Door Store. Unfortunately I wasn’t able to get to the venue for the start of the day and would have to leave to attend another gig. I did however see two brilliant bands.

The Rock House began in 2009 and was brought to life by local musicians Richard Phoenix and Tom Cook. They began organising monthly, accessible and integrated gigs in Brighton because of a lack of opportunities for musicians with learning disabilities to perform their music live. Between 2012 and 2017 Carousel teamed up with Richard and Constant Flux to produce The Rock House, hosting regular gigs in two venues in Brighton and increasing the number of artists to perform at these events.

The Carousel charitable organisation facilitates artists with a learning disability to nurture, manage and deliver artistic programmes. They are passionate about inspiring the artistic ambitions of learning-disabled filmmakers, performers and musicians and nurture them to choreograph performance pieces, direct films and write and perform their music, as well as lead workshops for other adults and children with learning disabilities.

Over 30 different learning disabled artists from around the UK have performed at a Rock House and over 5000 people have attended their events. Rock House also have had support from Brighton Council, Youth Music, The Princes Trust, PRS Foundation and Arts Council England.

The crowd today was a real mix of residents from Brighton and Hove and much further afield, many with learning disabilities and a real passion for music. 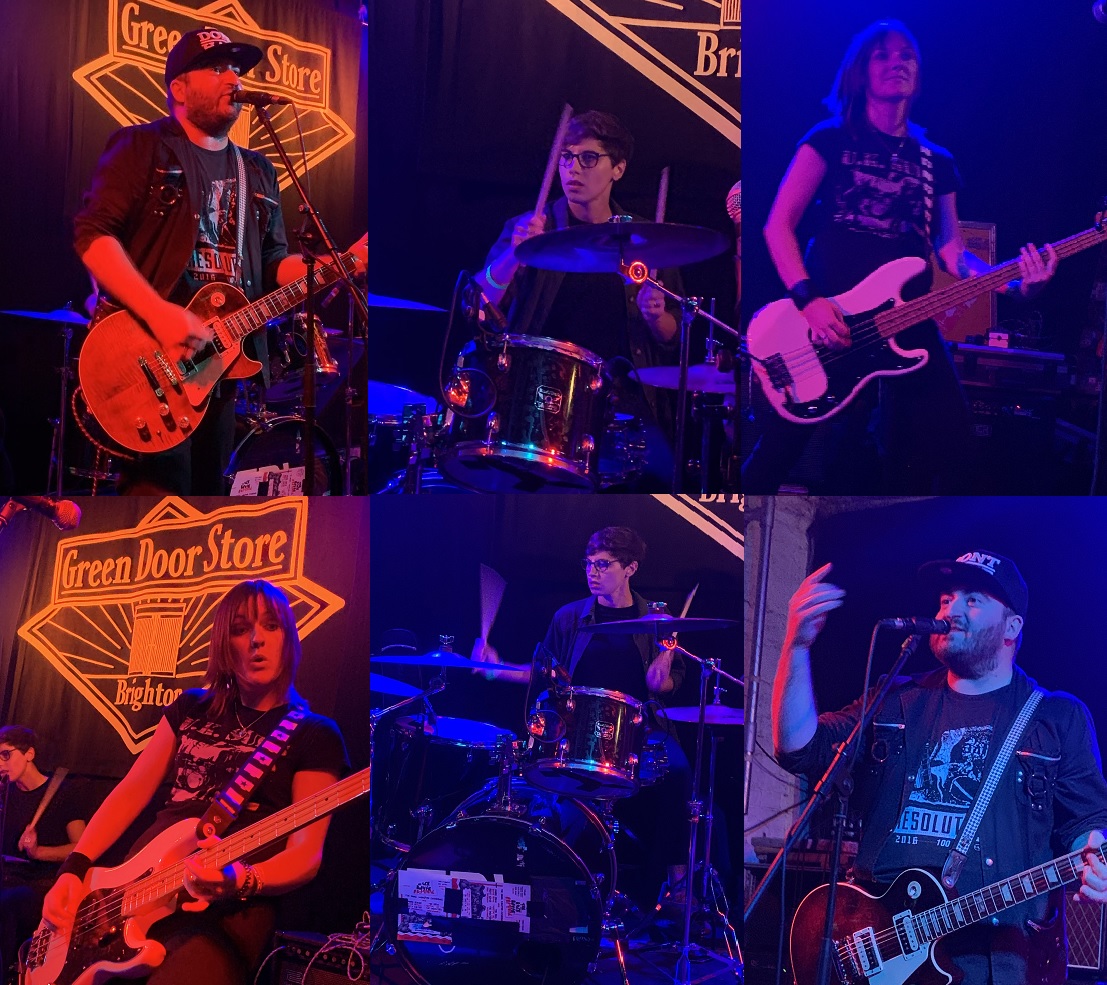 We arrived just before Cockwomble went to set up for their set. I have seen them twice before. Once at The Hotel Pelirocco for their EP launch and then at Lewes Con Club where they supported The Subhumans. Each time I have seen them I have loved the set. Today’s performance is their first after the release of their debut album ‘Cockwomble’ on Thursday 25th of July.

I was ready to have a great afternoon as I had previously listened to Cockwomble’s three EP’s and really enjoyed them. These are ‘Henchman’, ‘Conspiracy’ and ‘All The Money! None Of The Style’.

They opened with ‘All Of The Money! None Of The Style!’. Wow, I enjoyed this the first time I ever heard it live and what a great sound, which is totally individual to this band. Victoria is an awesome bass player and the style of the band really enable you to hear how good she really is. Ali makes the lead guitar sing and I love the sound, alongside punchy, quickly delivered lyrics that just make you smile as your hear the words.

Next up ‘Conspiracy’ from the last EP and one of my personal favourites. Next ‘Henchman’ right from the first moment the baseline hits and takes you through on a journey joined by Ali’s individual guitar sound. Leah behind the drums just completes the great genius of this band. As soon as the song starts you know it’s ‘Cockwomble’.

The set continued with ‘Want Stuff Buy Stuff’ and then into the brilliant ‘Radio 1’, with great lyrics that make you laugh out loud. Next up were two more new tracks from the new album not on the EP’s ‘Gammon’ and ‘Britain FC’. The set completed with another awesome song ‘Threads’.

I loved the set and this band sound awesome live. The new album is great and to add to their success this year Cockwomble are playing the Introducing Stage at the Rebellion Festival in Blackpool this week. This is one band to watch for the future.

Further information on Cockwomble can be found HERE. 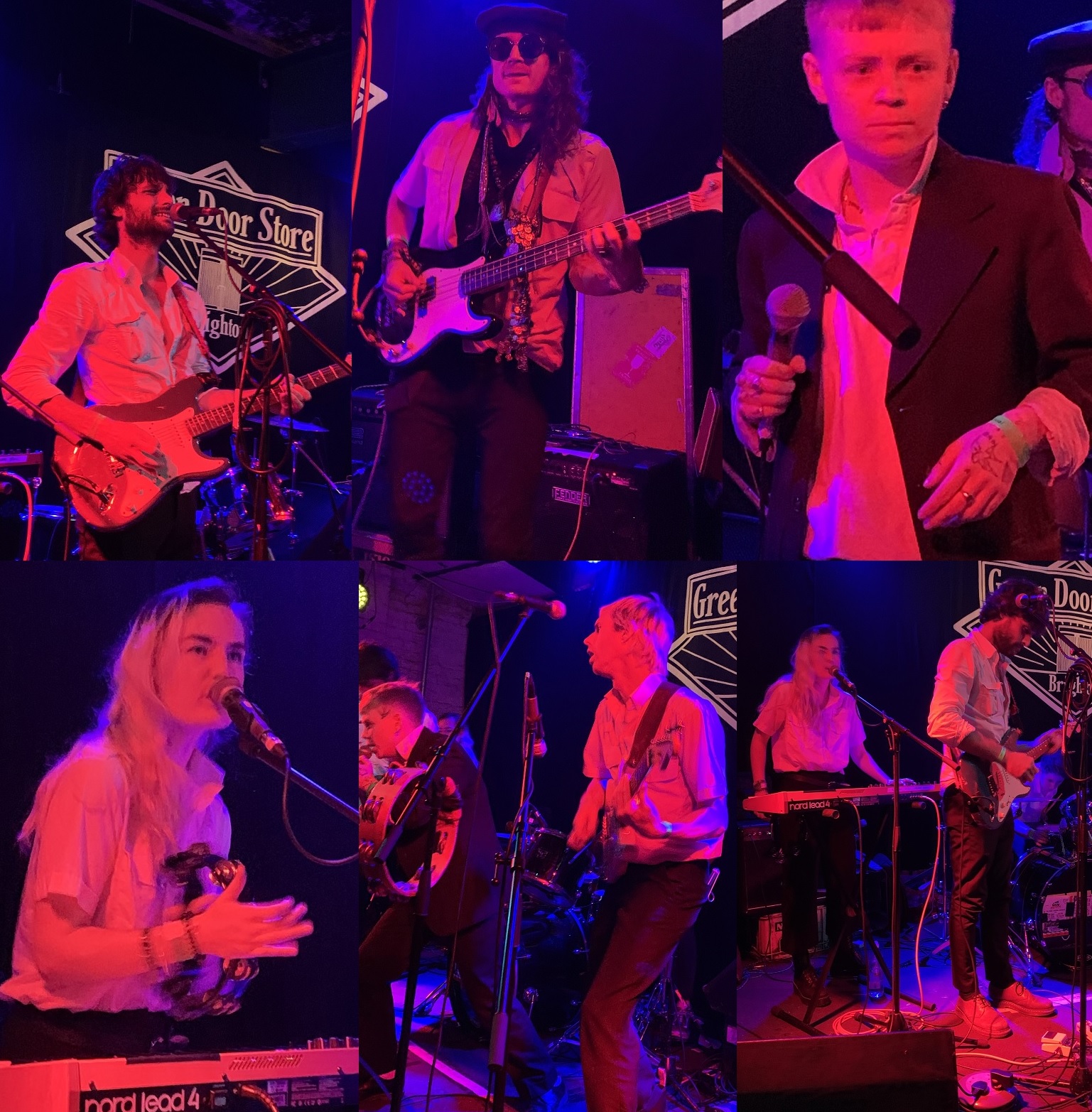 The next band up was a real surprise for us and they were great. The band were called Meggie Brown. I couldn’t find much information about the band, except they describe themselves as ‘Terrifying Hi-Fi pop’. Well, I found the whole set quite mesmerising and Meggie’s performance was absolutely brilliant alongside a great band of 5 musicians in all. I wouldn’t like to even try and pigeonhole their sound as it was of its own. Someone suggested that this is the next generation sound. If it is count me in.

The other artists performing at The Rock House event were:

SOCK
Fronted by (unofficial) winner of Britain’s Got Talent 2015, Guy Lloyd, Sock have have emerged as a group of misfit superheroes on a mission to save rock n’ roll.

THE REVS
Imaginative, catchy rock with a great front-man.

DIMA ZOUCHINSKI
One man and his guitar.

View The Rock House photos from their event HERE. 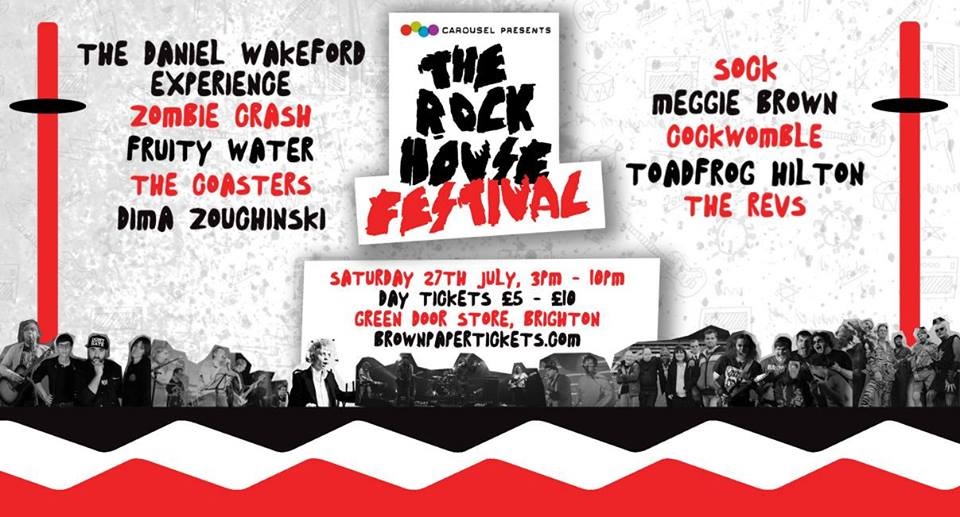 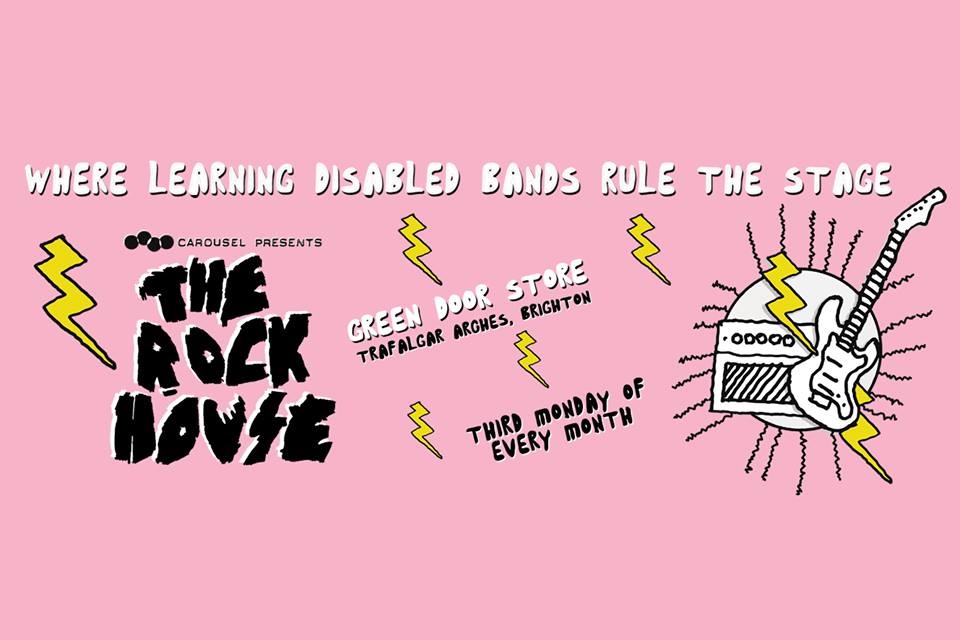