The former Liverpool and Scotland football captain Graeme Souness took part in Brighton Pride and made a passionate plea for his sport to change. 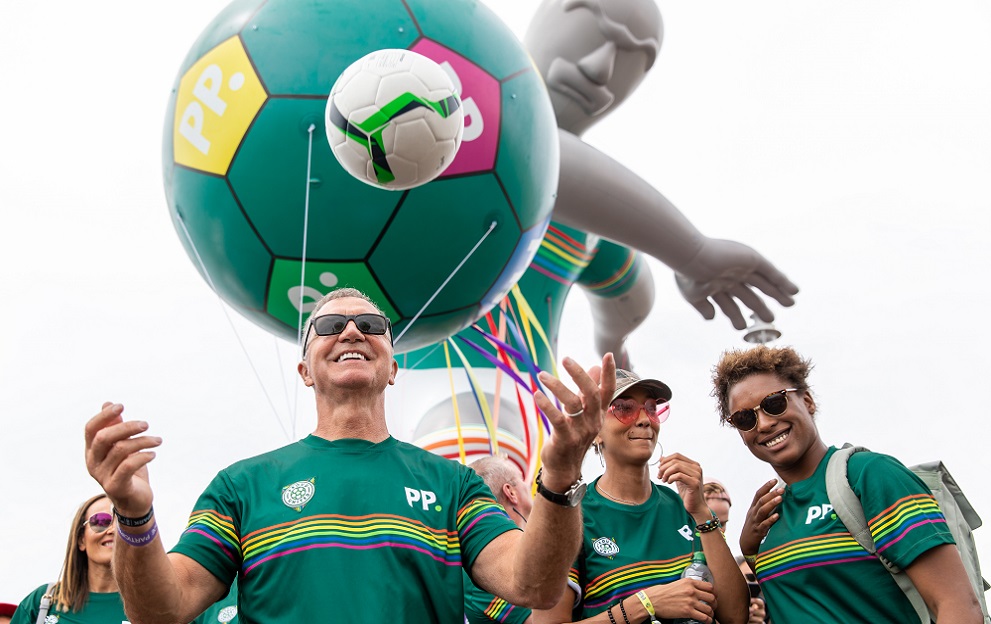 Mr Souness, 66, appeared with “Proud United” – a team of LGBT players from the amateur game.

The former Glasgow Rangers player-manager took on the role of Proud United’s manager for the annual Pride parade which ends up in Preston Park – the venue for tonight’s headline act, singer Kylie Minogue.

The players walked under what is believed to be the biggest inflatable at a Pride parade in the country – a 25ft balloon known as the Game Changer, a gigantic footballer in mid-strike.

Mr Souness fronted the float – at the back of the parade – in association with the bookmaker Paddy Power and he spoke out about homophobia in football.

He said: “Society has made such giant strides generally in terms of LGBTQ that as football people we’ve got to ask why does the issue of homophobia persist within our community and the professional game and challenge that.

“I’m here today as an ally and to bring attention to members of the LGBT community in the amateur game who are leading the charge in that conversation.

Despite his hard man image, Mr Souness has tackled prejudice head on in the past.

At Rangers, he signed the club’s first black player in modern times when Mark Walters joined in 1987 – and he brought the first Catholic player in generations to the historically protestant club, with the signing of Mo Johnston in July 1989. 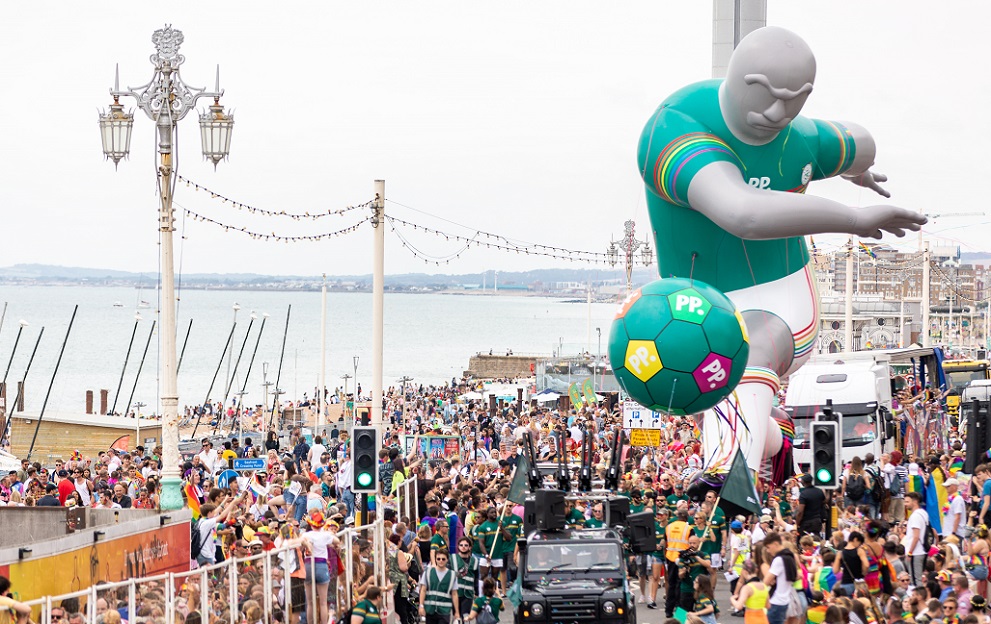 The Game Changer at Brighton Pride

Mr Souness was quoted by the Mail Online website as saying: “There’s close to 4,000 players in the professional game and nobody has had the confidence or felt comfortable enough to come out. In the amateur game they do.

“I have been in the game for 50 years. Football clubs can be quite homophobic, both in the dressing room and in the stands. I want to show I’m an ally. I am at an age where I’ve got an opinion on most things and I like to think I can be an ally.

“This is a learning curve for me today as much as anything. But when you look at the strides made by the LGBT community in the last 20 years and then you look at football where I don’t think it has moved a step forward since the late 60s when I started.

“I still hear daft shouts, people saying daft things. We call it the football family, but families look after each other.

“If there’s 4,000 people playing professional football then there’s bound to be gay and bisexual young men playing football today that just don’t feel they can come out.

‘”We have to create an environment where these people can feel more comfortable being themselves. We have to show we’re allies.” 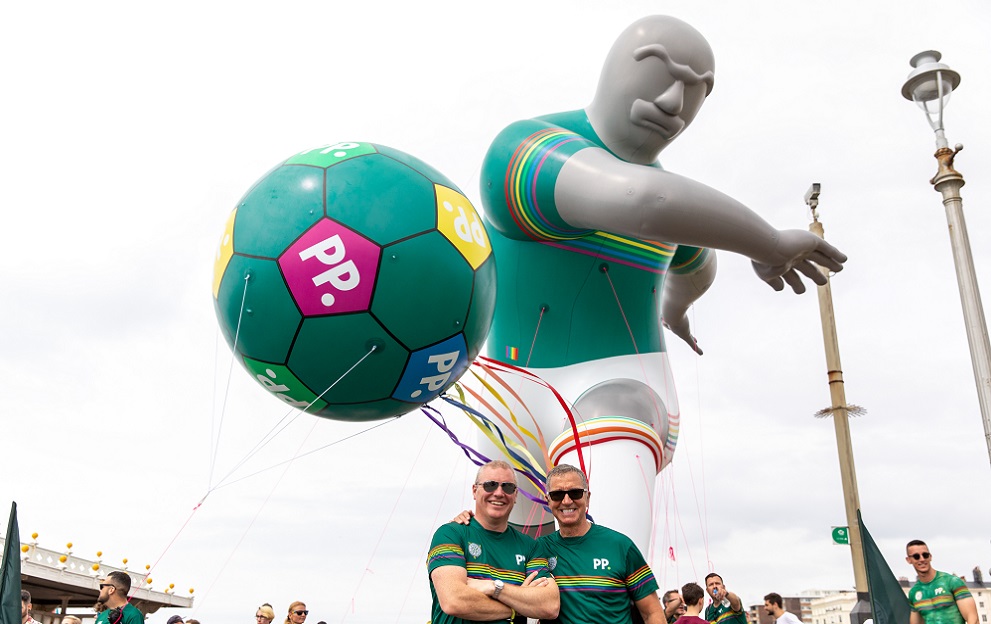 Paddy Power said: “Back in the late 1980s Graeme Souness was at the height of his Rangers revolution and I Should Be So Lucky by Kylie Minogue was No 1 in the charts.

“Now for the first time ever, those two powerful forces – a singer from Down Under and a one-time underdog – are both at Brighton Pride to celebrate and support the LGBTQ community in their own respective way.

“Thankfully Souness isn’t the one sporting the gold hotpants!”