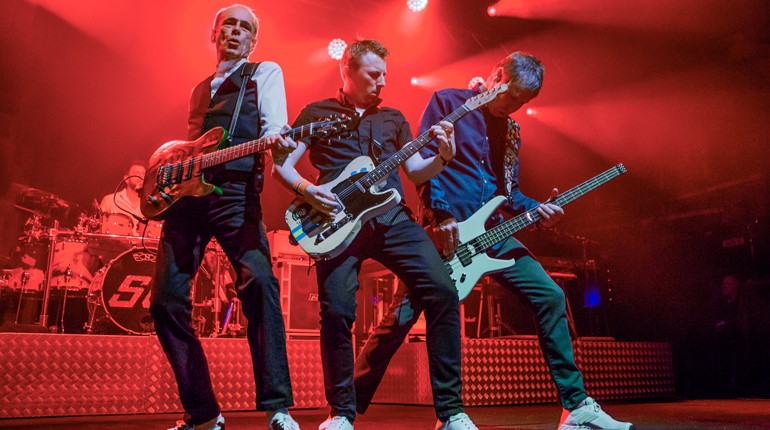 Status Quo will be heading to Brighton next year

Famed British rockers Status Quo are following on from their triumphant Hyde Park ‘Radio 2 Live’ show and coming back to reclaim their position on the live circuit – with the ‘Backbone’ UK Winter Tour in 2020 which includes an appearance at the Brighton Centre.

Quo will be performing hits from across their five decade career, and of course the latest hit album ‘Backbone’ which has just charted at No.6 in the UK. It is the highest charting album of new material for 33 years since ‘In the Army Now’ in 1986. Hitting seven venues across the country in November and December 2020, this tour sees the band’s return to UK stages, as part of a major European tour, after largely taking a break in 2019. Tickets will be on sale from 10am on Friday 20 September 2019.

If the ‘Backbone’ tour represents the return of the quintessential live rock act, then the ‘Backbone’ album itself marks something of a new dawn. These live dates will feature a brand new set including all the classics but also songs from the first album not to feature the late great Rick Parfitt; some being played live for the first time ever, ‘Backbone’ demonstrates a refocusing and a sharpening of the creative edge. Francis Rossi said, “The pressure was on: this set of new songs had to be strong enough to take their place in that amazing catalogue of Quo classics. With songs like ‘Liberty Lane’ and ‘Backbone’ already road tested at massive shows in Hyde Park and on the Lynyrd Skynyrd tour, there’s no doubt that the new material stands up! We can’t wait to get back on the road in the UK.”

The album was described by Classic Rock as “a strong, upbeat Quo record, which adds to their legacy” and by Powerplay as “an essential addition to any right-thinking Quo fan’s collection”. Francis Rossi said, “We’ve been away from the UK live circuit for a little while and we’ve missed it, and we’ve missed the fans. The ‘Backbone’ album got such a great reception, people really understand what we are trying to do and the fans have really supported it. We can’t wait to get out there in 2020 on a proper Status Quo tour and play all the classics, plus some of these new songs for the first time.”

Tickets will be on sale from 10am Friday 20th September 2019 via aegpresents.co.uk and the Brighton concert tickets can also be purchased directly from the venue – Brighton Centre Box Office: 0844 8471515 / www.brightoncentre.co.uk

These 2020 dates are a chance for Britain’s greatest rock band and their loyal army of fans to reconnect. With ‘Backbone’, Status Quo have propelled themselves back into the charts, back to the top of the rock tree and now back onto UK stages… 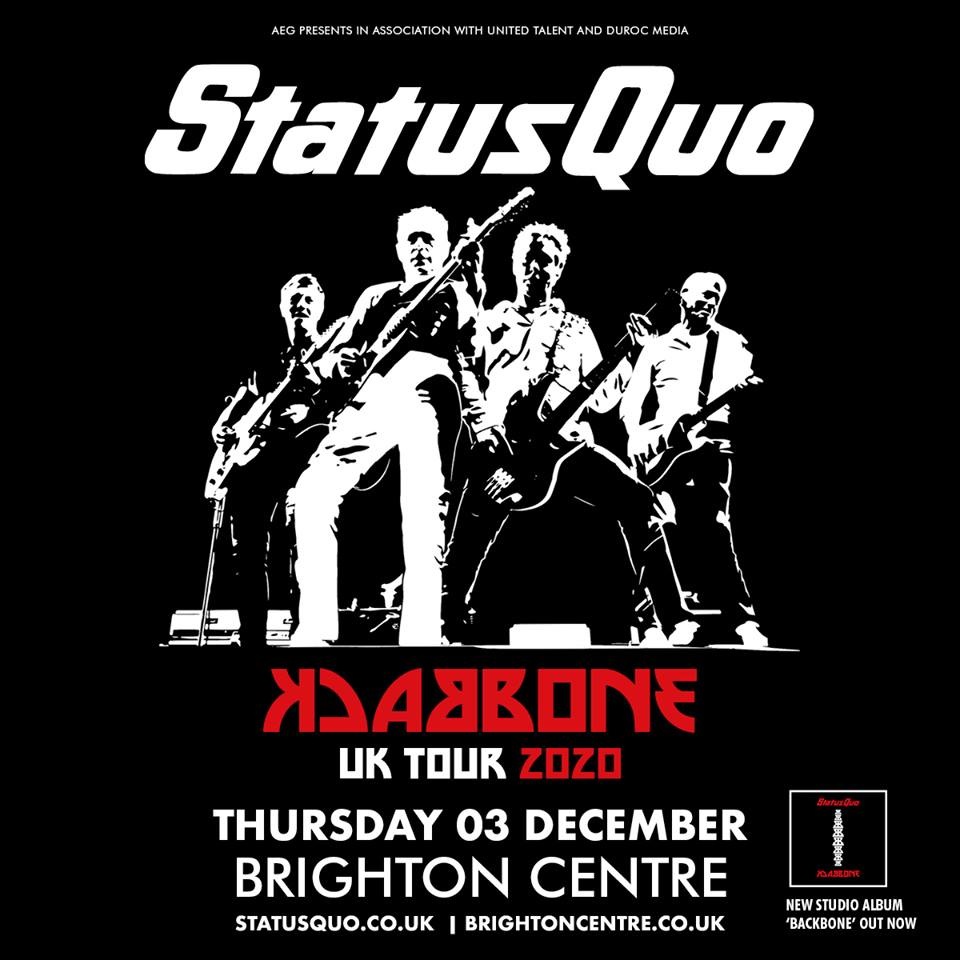