100mph punk tunes from The Ramonas 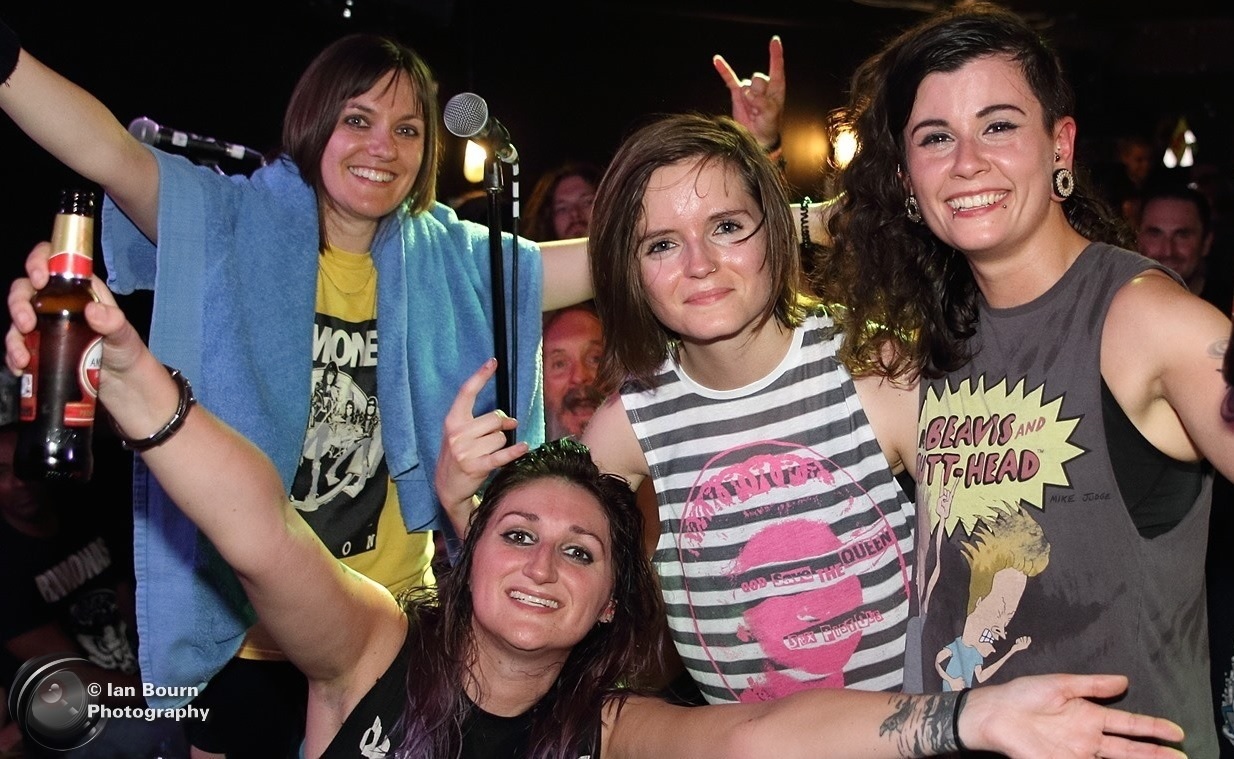 The Ramonas are certainly not strangers to the Brighton & Hove News Music Team as we have had the pleasure of seeing them live a number of times now…..and they never fail to deliver.

They were back in Brighton as part of their 24 date UK & Europe “Go Mental – End Of A Decade Tour 2019”. Tonight they gave us lucky punters no less than 32 songs in just 60 minutes, which is astounding! One hopes that they don’t get RSI at this rate.

The Ramonas are as you would imagine an all-girl Ramones tribute act, but they also perform their own material too. They vary their sets and so some tours are their own material, whereas others are Ramones sets and this evening was made up of the latter, with the added bonus of an encore of original material. Some of ye olde faithful might be thinking that this might not be a grand idea. Well, I will put your fears to rest straight away – just click HERE and enjoy.

It seems as though Cloey Ramona (aka vocalist Lisa), Rohnny Ramona (aka guitarist Maxine), Pee Pee Ramona (aka bassist Vicky) and Cammy Ramona (aka drummer Camille) are forever gigging, just like the seminal US punk band the Ramones used to. In their time from their inception in Forest Hills, New York, in 1974, until their final concert in Los Angeles on 6th August 1996, The Ramones performed an astounding 2,263 concerts and I was proud to have witnessed around a dozen of them! It wasn’t all on the road either as they were prolific in the studio too and released 21 studio and live albums between 1976 and 1996. 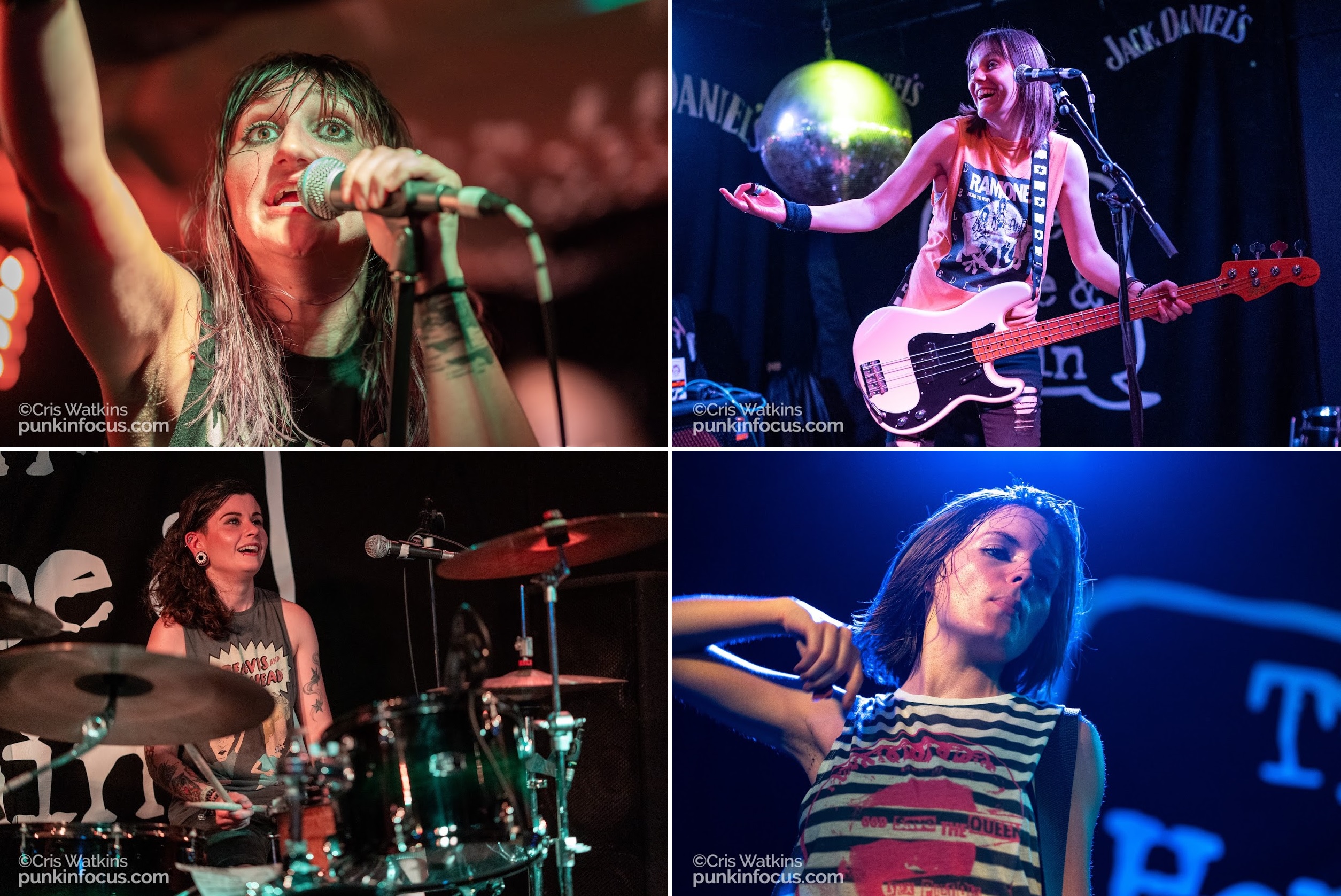 Tonight, it’s fair to say that the upstairs room at The Hope & Ruin only really got going as The Ramonas took to the stage and commenced their breakneck speed set. There was Cammy’s metronomic drumming that would have left the Duracell rabbit for dead, and Rohnny’s hand was almost a blur as she plugged away at her guitar and indeed Pee Pee’s was very much the same, and Cloey’s vocals were going ten-to-the-dozen too. That’s exactly as it should be – a solid hour of pogoing and knee-jerking from a majority of the packed crowd. There was fun to be had, although there’s always one or two who tend to go too far and aggravate people and spill their drinks all over you and other people’s photographic equipment. Other than that, it was AWESOME!

For more information on the Ramonas visit: www.ramonas.co.uk and www.facebook.com/ramonasuk 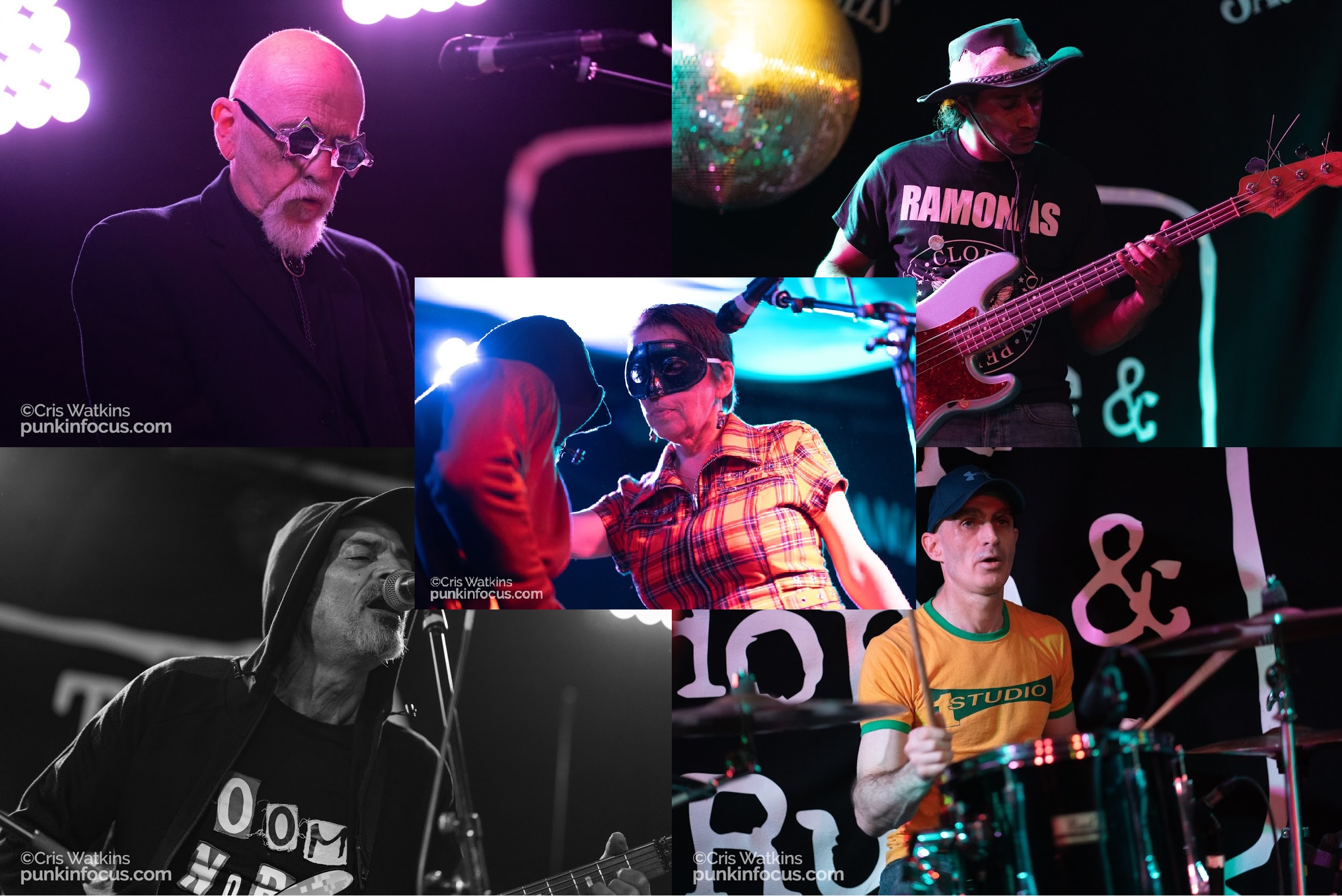 First up this evening were Bloomin’ Nora who are a somewhat mature quintet made up of Issy Sharkey (vocals), The Mighty G (guitar/vox), Brent Jackson (keyboard), Peter Campbell (drums) and Will Munda (bass).

There’s an East End London or South Essex vibe going on with this lot and these characters certainly look as though they each have their own interesting life stories to tell. In fact, if one delves a little deeper in seems that there are surprises hidden within the band. One instance being that frontwoman Issy is none other than Isobel Jackson Partner, who is a writer, painter and oh yes errrr The Mayor of Telscombe Cliffs!

Issy’s vocal style is to deliver the words as spoken poems rather than singing them. Thus you get the closest resemblance to a female Ian Dury that is imaginable. In fact, the band’s often funky vibe sound is rather like The Blockheads or even akin to the lesser well known Factory Records artists back in the day. Brent behind The Korg, was sporting a snazzy pair of glasses last seen on TV being sported by one of the Banana Splits. Drummer, Peter’s vocals were very gravelly when counting in the band and bassist Will was sensibly sporting a Ramonas t-shirt. The Mighty G’s guitar playing was rather handy too. I reckon this lot would be ideal for Glastonwick!

More information on the band HERE. 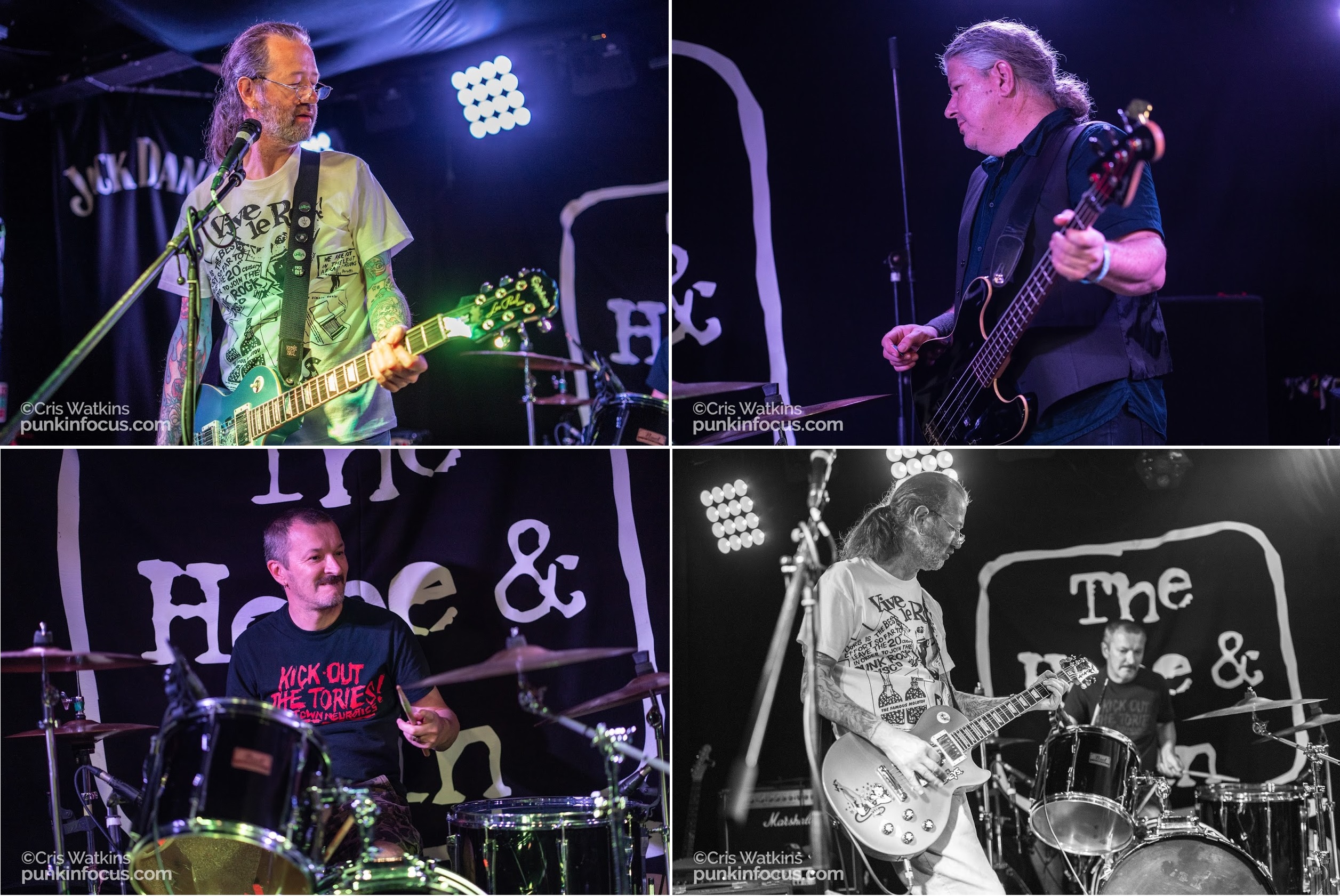 Next up were a trio of local life long South Coast punks called The Limeys, who I have previously seen last December when they supported The Sex Pistols Experience in Lewes – read that review HERE.

Members are Oz/Paul Limey (guitar / vocals), Mike Limey (bass / backing vocals) and Rob Limey (drums) and these lads simply specialise in playing covers of 1970’s punk / rock’n’roll songs from the likes of Sex Pistols, The Damned, The Ramones, Johnny Thunders, The Stooges and Hawkwind, simply because them luv ‘em. Nothing wrong with that, but nothing new either.

The Limeys setlist:
‘(I’m Not Your) Steppin’ Stone’ (of Sex Pistols, The Monkees etc fame)
‘Born To Lose’ (of Johnny Thunders and the Heartbreakers fame)
‘New Rose’ (of The Damned fame)
‘Silly Thing’ (of Sex Pistols fame)
‘Pipeline’ (of Johnny Thunders, The Chantays etc fame)
‘Hanging Around’ (of The Stranglers fame)
‘Action Time Vision’ (of Alternative TV fame)
‘I Wanna Be Your Dog’ (of The Stooges fame)
‘Sonic Reducer’ (of Dead Boys fame) 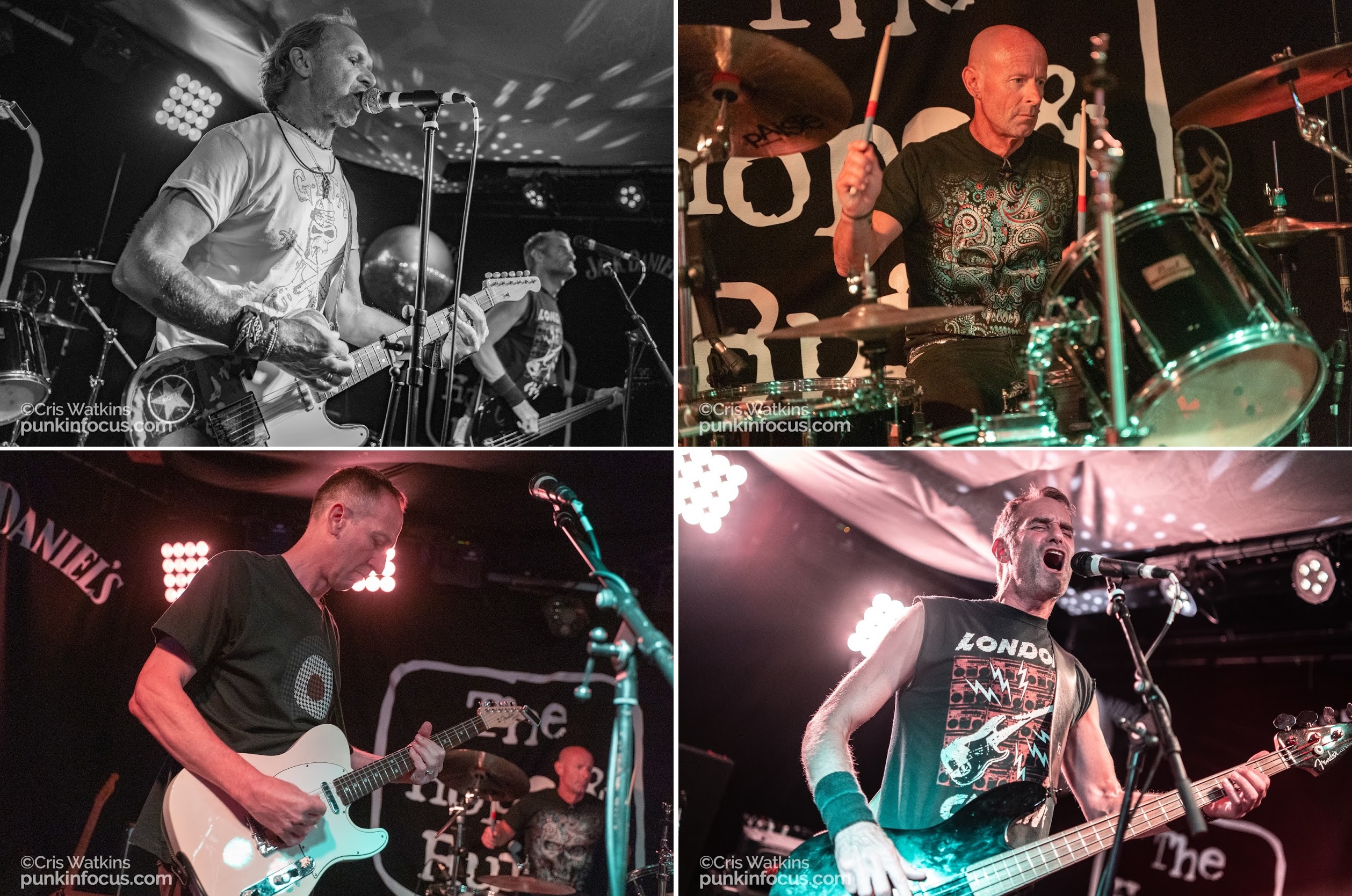 Penultimate band tonight are Riot 77 who are a Brighton based Clash tribute quartet made up of Grant, Alan, Dobs and Simon. To be honest I’m not sure which members play which instruments, but I sure do hope that the drummer is Alan as to myself and my colleague he has more than a passing resemblance to Alan Shearer CBE! They performed ten Clash songs tonight, that’s it really. 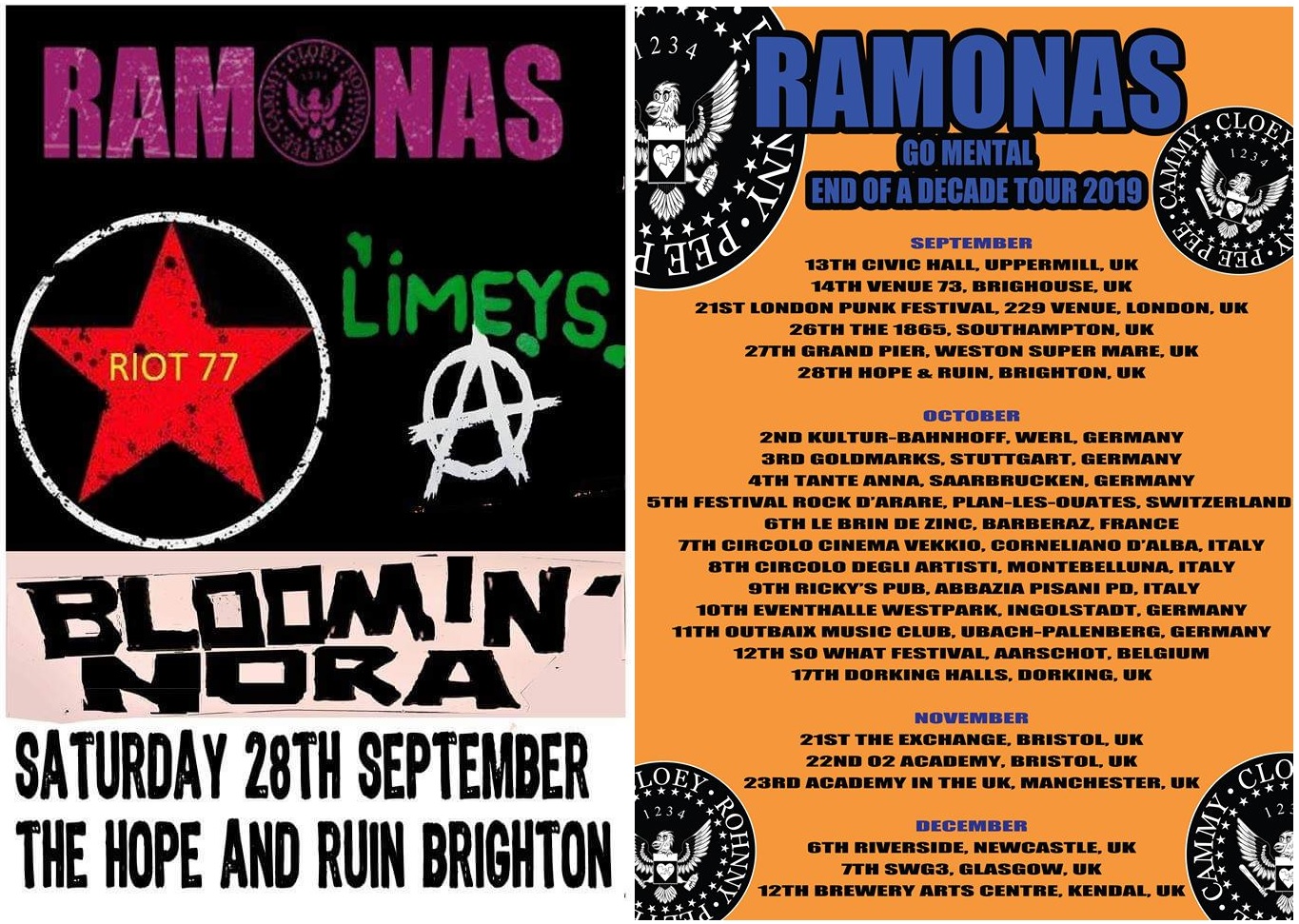 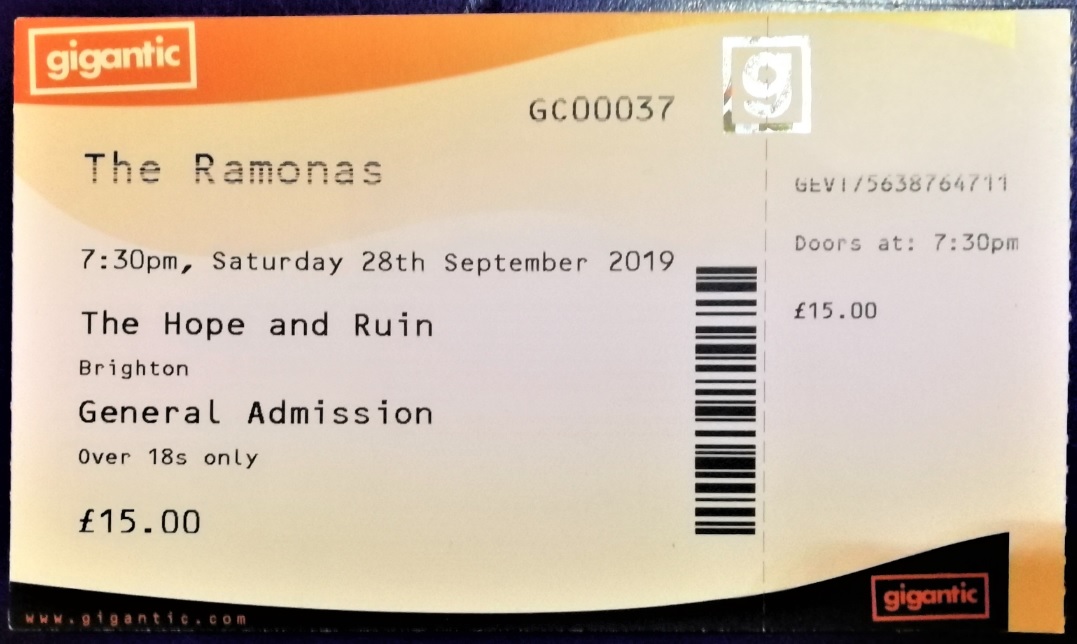