The owner, editor and publisher of Gscene, James Ledward, has died, according to the Brighton magazine’s website. 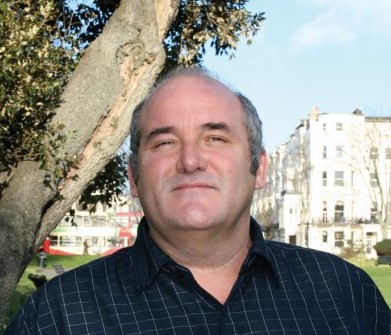 Mr Ledward, who recently turned 65, was said to have died this morning (Thursday 3 October) after a short illness.

He set up the publication 27 years ago and played a key role in the gay community in Brighton and Hove.

The website said: “James Ledward, editor of GScene Magazine and long-time champion of the LGBTQ communities in Brighton and Hove died this morning after a short illness.

“His family request that theirs and James’ privacy be respected at this difficult time.

“James was a kind and passionate advocate of all members of our widening communities and will be missed by all who knew him.

Brighton and Hove City Council leader Nancy Platts said: “I am very sad to hear that James Ledward has died.

“He was such a kind and thoughtful man who was always ready to stop for a chat – often an impromptu discussion about Brighton politics in the middle of the road!

“He approached life with a sense of humour and a twinkle in his eye and will be sorely missed.

“My thoughts are with his family and friends.”

Long term friend and sometime colleague Terry Wing said: “He was a knight in shining armour. He put his heart and soul into everything he did.

“I met him back in the late 1980s when he had his printing works and was making lots of hard copies of GScene, before the days of the internet.

“More recently, I helped him for every Golden Handbag Award show – with first aid, then sandwiches and tea/coffees, and over the last few years in getting him security so that the awards income went 100% to charities.

“I always went to James whenever I had a problem with any event or resource that I was organising, and he always helped.”