Housing chiefs want to build four new low-cost flats for rent on a car park in the centre of Brighton. 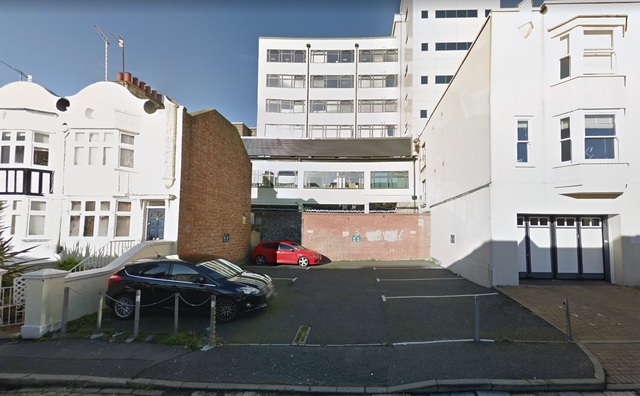 Their plans would make use of a small site in Frederick Street in the North Laine Conservation Area.

Senior councillors are being asked to sign off the scheme on Thursday (10 October) after Housing Committee colleagues gave the plans their backing.

The detailed designs would still need to be given planning permission before work can start.

At the moment the landowner, Brighton and Hove City Council, is paid £8,000 a year to rent out the space for parking for eight cars.

The council wants to transfer the land to its Housing Revenue Account – for £300,000 – and build two flats with two bedrooms and a couple of one-bedroom flats.

The aim is to rent out the two-bedroom flats at “local housing allowance” rates – or just over £200 a week.

The one-bedroom flats would be let for a “living rent” – or the equivalent of 37.5 per cent of the “living wage” rate, with the living wage currently £9 an hour in Brighton. This would mean rent levels of just over £100 a week.

The flats would be built as part of the council’s New Homes for Neighbourhoods programme.

Already the council has built almost 180 homes on a dozen sites – several of them deemed challenging by commercial developers.

At least 100 more homes are planned on a further 10 sites, including Frederick Street.

The Cornish firm Innes Architects has come up with designs intended to create the appearance of two townhouses, with the aim of building something in keeping with the conservation area.

A public exhibition is planned for this month if the council’s Policy and Resources Committee agrees to make the land available.

It would be followed by a planning application being submitted next month and, subject to planning permission being granted, building work would start in July next year.

The Policy and Resources Committee is due to meet at Hove Town Hall on Thursday. The meeting is scheduled to start at 4pm and should be open to the public.

Five schools no longer have to close for election day