Police and licensing chiefs have objected to a request by a seafront restaurant in Brighton to run one floor of its premises more like a bar. 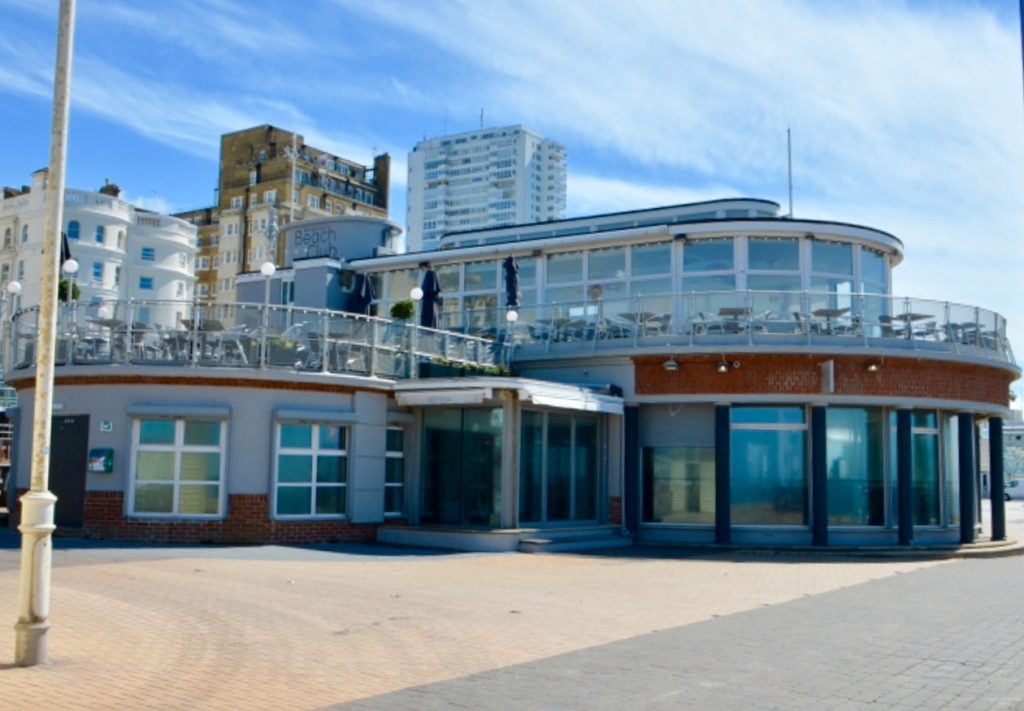 They want the Brighton Beach Club, formerly known as Alfresco, to stick to the conditions of its current alcohol licence.

This requires drinks to be sold only to customers who are eating a meal and to be served by waiters or waitresses.

The owner of the premises, the City Pub Group, has applied to Brighton and Hove City Council for permission to vary its licence.

It is due to find out next week whether the terms of its licence will be relaxed after a hearing in front of a council licensing panel at Hove Town Hall.

The change would affect the downstairs area of the King’s Road premises – known as the Milkmaid Pavilion. It is just to the west of the i360.

But the Brighton Beach Club falls within an area designated as a “cumulative impact area” where new pubs, bars and clubs are generally not permitted.

Inspector Rob Lovell, of Sussex Police, said that the restaurant was “near Preston Street and Regency Square which suffer from a high amount of anti-social behaviour”.

He said: “The area already has a high concentration of venues – especially pubs, bars and night clubs – and for this reason Sussex Police cannot support the granting of a variation to this licence to enable the premises to operate as a pub rather than a restaurant.”

Council licensing officer Sarah Cornell said: “In the ‘cumulative impact area’ no new pub permissions will be granted – and the applicant is proposing to remove conditions relating to the downstairs area, making it more of a pub.”

She said that the restaurant was in Regency ward which was the worst out of all 21 wards in Brighton and Hove for certain drink-related crimes.

They were violence against the person, injury violence, non-injury assault and sexual offences.

She added: “It is also second worst for police-recorded alcohol-related incidents.

“The premises sits in the second worst ward for alcohol-suspected ambulance call-outs.”

The licensing panel is due to hear the application at 10am on Monday 14 October.