Concerns about drug dealing around flats in Whitehawk has spurred council tenants to ask for action. 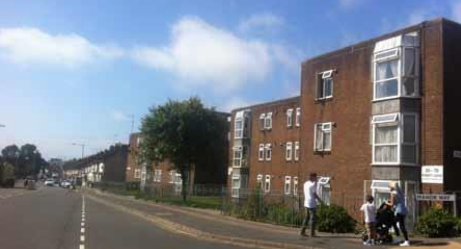 They feared that one flat had been taken over by “cuckoos” – drug dealers who move into a vulnerable person’s home and use them to deliver drugs.

Neighbours have called for action from the council’s housing department after numerous all-night parties and several police raids.

Despite tenant reps saying that they had complained, housing officials said that they had not received any reports of cuckooing, drug dealing, parties or any other drug-related anti-social behaviour.

Housing manager Rachelle Metcalfe said that cuckooing was considered a high priority by Sussex Police and the housing team but they needed residents to report issues in detail.

She said: “In order to take action against someone’s tenancy, we need written evidence from witnesses with details of times, dates and details of the incidents they have witnessed.

“We will then work with witnesses and other agencies to tackle the problem.

“This will include making appropriate referrals to address support needs.

She urged residents to report issues to the Housing Customer Services Team on 01273 293030 or by emailing them on housing.customerservices@brighton-hove.gov.uk.

Any criminal activity should be reported to Sussex Police on 101 for non-emergencies and 999 in an emergency when a crime is taking place and/or lives are in danger.

Reports can also be made online via the Sussex Police website www.sussex.police.uk or by emailing them on 101@sussex.pnn.police.uk.

Crime can also be reported anonymously by telephoning Crimestoppers on 0800 555111.