A shop accused of selling alcohol to drunk people may have its licence revoked.

The Border Store, in Western Road, Hove, faces a review by a Brighton and Hove City Council licensing panel after complaints about sales to people who were intoxicated.

In a report to the panel, which is due to meet next Monday (2 December), licensing officer Donna Lynsdale recommends revoking the shop’s alcohol licence.

She said that the business did not “promote the licensing objectives of prevention of crime and disorder and the prevention of public nuisance … in breach their licence conditions”.

Miss Lynsdale said that the off-licence was close to Norfolk Square, which had long had a bad reputation.

The Square attracted complaints from people and businesses about anti-social behaviour, crime and disorder and public nuisance, often linked to alcohol.

She said that she had made several visits to remind staff and managers not to sell alcohol to intoxicated people.

After a complaint about sales to someone who was drunk, she visited the shop in October last year and was told that no sale had been made.

When she checked the alcohol sales refusal log, it had not been filled in since March last year.

Later in October last year Miss Lynsdale was told that police community support officers (PCSOs) had seen sales to people who may have been drunk.

The report said that, on one occasion, drink had been sold to a man who was so drunk that he fell into the road and was hit by a bus. The store denied selling him drink.

It added: “The CCTV they provided shows a male very unsteady on his feet which shows him pick up a can of beer and footage of the counter showing one of the staff selling the beer.”

There were further complaints from neighbours, councillors and police about sales to drunk people in May and July this year. 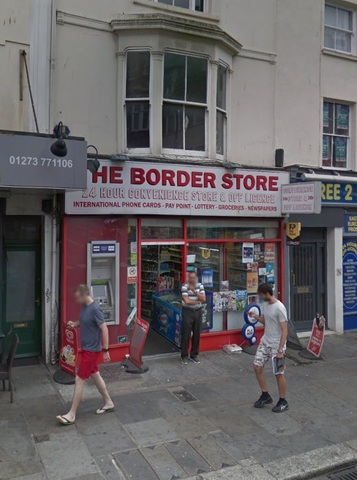 Other licensing breaches included the shop having no staff on the off-licence counter, alcohol on display in areas where it was not permitted and a failure to keep security camera footage.

The Brunswick Town Association, Lansdowne Area Residents’ Association, Sussex Police, public health consultant Dr Peter Wilkinson and residents between them sent in 15 letters calling for the licence to be revoked.

A resident whose details were redacted said: “I have observed regular ‘street drinkers’ using this shop who are often in an inebriated state or well on the way to it when the alcohol is sold.

“Most days there is some sort fracas associated with drinking on the streets with fights, yelling, aggression to the public (especially the locals), ambulance visits and urinating or defecating in the gardens in public view.”

Brunswick and Adelaide ward councillor Phélim Mac Cafferty said: “Residents regularly report to us as councillors that they have been kept up at night or woken up at night by drunk and disorderly behaviour taking place in the square, including playing instruments and loud arguments.

“This premises is also well known by local residents, and regularly reported to me as a councillor, for the supply of alcohol to already intoxicated people who are partaking in anti-social behaviour.”

The council licensing panel is due to meet at Hove Town Hall Monday (2 December). The meeting is scheduled to start at 10am and should be open to the public.

Police find body in search for missing man from Brighton