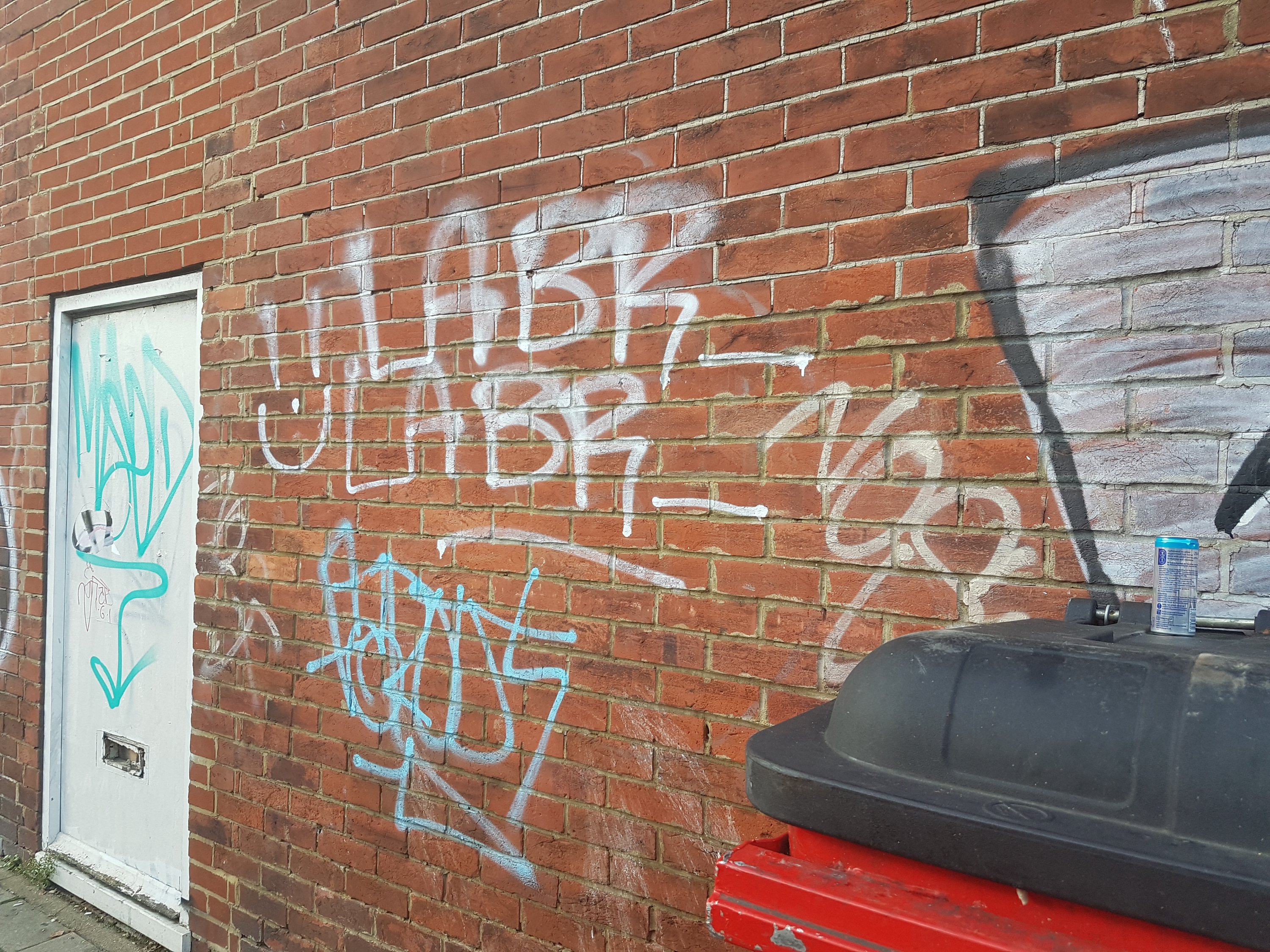 The LABR tag, spotted on a wall in Oxford Street this week

The council asking police to toughen up its punishments for graffiti vandals after a tagger who admitted scrawling his name over the city 80 times was given a caution and a day’s unpaid work.

The 22-year-old was caught scrawling the LABR tag across shops in North Street in the early hours of April 3 by a CCTV operator.

His tags were so prevalent in the city centre, they had even spawned a parody Twitter account, @LabradoodleG (bio: I make Brighton more beautiful each time I try to write my name on a wall. Brighton, The Edge, Whatever You Don’t Rule Me).

At the end of October, police announced they had tracked him down and given him a community caution.

But the lenient punishment led to an outcry – and now the council and police have met to discuss different ways of dealing with criminal damage caused by tagging.

She answered that too was disappointed by this and had expected prosecution for criminal damage.

She told residents she had not yet met with the police to discuss this, and was “looking at other prosecution routes which may carry a higher penalty and offer a more compelling deterrent.”

That meeting has now taken place, and Sussex Police says it is looking into different ways of dealing with graffiti, including getting offenders to remove their tags.

The council says it wants to see the toughest action possible taken and is drawing up its own database of tagging in the city so that action can be taken against offenders for all their graffiti vandalism when caught.

A spokeswoman for Sussex Police said: “We are aware of the council’s comment about the caution and we have met with the council to discuss this further.

“This also includes looking at different options of dealing with graffiti offences including the restorative justice/community payback options related to the offences.

“This will include offenders removing graffiti.”

A spokesman for the council said: “We are developing a massive database of multiple tagging so that when we catch an offender we can use it to cross reference and ensure we take the toughest action possible.”

The council is currently holding a public consultation on proposals to tackle “the scourge of graffiti and tagging in the city”, which runs until 15 December.