Changes in shopping habits could mean that a new and bigger conference and entertainment venue could remain in the centre of Brighton.

Plans to build a 10,000-seat venue at Black Rock are now on hold for a year after members of Brighton and Hove City Council’s Policy and Resources Committee agreed to the pause.

The council’s executive director for the economy, environment and culture, Nick Hibberd, said that the project for a new conference and entertainment venue was the “most important in a generation”.

The council’s partner in the project, Aberdeen Standard Investments, owns Churchill Square, the Kingswest complex and land behind the Grand hotel.

If Aberdeen Standard Investments choose to opt for the city centre rather than Black Rock, work will still continue to improve the area of the seafront by the Marina.

A £12 million grant from the Coast to Capital Local Enterprise Partnership (LEP) to improve Black Rock means that the derelict area will also be revamped.

Before the council “disposes” of the Brighton Centre, planning permission had to be in place and the council had to be completely satisfied with the proposals.

Labour councillor John Allcock said that the Brighton Centre was currently costing the council £124,000 a year in maintenance alone.

He said: “This is a really good opportunity. We don’t know whether it is going to come off but it looks like something very positive.

“What I am very impressed with is it takes on board the existing centre is not big enough to compete and this build for a new centre is ambitious but built to the scale we need for it to succeed.”

Green councillor Sue Shanks said that replacing the Brighton Centre had been under discussion when she was a member of the administration four years ago.

She said: “I am concerned now how long it is going to take as 12 months is a long time to not be doing anything at all.

“I want to be assured that something will happen in the next year or so.” 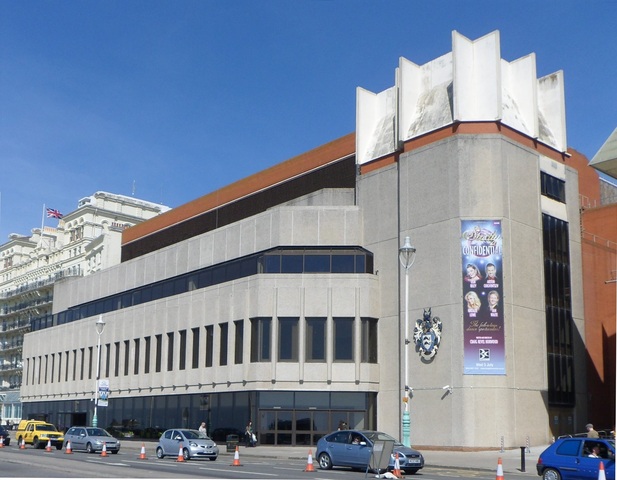 Mr Hibberd assured the committee that everything would be moving forward in the next year.

Conservative councillor Mary Mears said that waiting a year to investigate was a good idea.

She said: “I have had a view for a long time around the workability of putting a conference centre right out at Black Rock, not least around the transport and how that would work.

“Whereas if it is in the city centre there are different ways to get there, take a bus or whatever.

“It is an interesting time and I know it’s been a long time around this project. Time passes and it (the project) comes back again.”

Councillor Mears was concerned about the funding for Black Rock and asked for stronger wording to say that it was subject to the LEP grant funding as she did not want the money for the regeneration to come out of reserves.

Mr Hibberd said that the council would be working with the LEP on the business case and the project would not go forward unless the LEP was happy.