The fight for youth services isn’t over 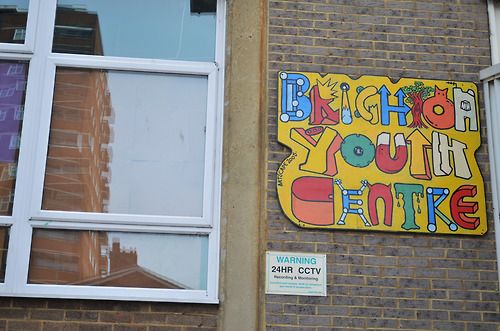 Youth services have borne the brunt of 10 years of Conservative government hard. Across the country you see the same picture almost everywhere – a shell of what the youth service used to be.

Figures released last year from the YMCA indicated that funding has been cut 69 per cent since 2010 – with the average local council cutting their spending from £7.79m to £2.45 million.

In West Berkshire there has been a 97.3 per cent reduction in spending. This has meant youth services closing everywhere.

Councils mostly say they have no choice. With the rising need for adult social care and the reduction in government grants, young people pay the price.

Being a young person is hard – and the changed world has made it even harder. Mental health problems in young people are rising.

The world of work is more complex and requiring more skills. Young people are more likely to be lonely than older people. Youth workers can be that vital support for young people.

The old mantra that youth services provide “somewhere to go, something to do and someone to talk to” continues to ring true. Youth services can be so much more.

They develop young people’s skills, support their wellbeing, help them grow their resilience and empathy. I know first-hand that a good youth worker can make a lasting impact on your life.

It seems this hasn’t quite been falling on deaf ears. Last year the government announced a £500 million investment into youth services. Although we still await the minute detail and for the funding to open for local councils to apply.

This fund is desperately needed – and any increase in resources should enable reinvestment in vital youth work in areas where the sector is struggling to stay afloat. Sadly, it won’t be enough.

The fund is less than what a lot of estimates say the youth sector has lost and it looks like a large portion of it will be for capital projects (ie, building and repairing youth centres, the shiny stuff), not keeping the service running.

So third sector youth organisations will continue to do what they’ve always done – fill in the gaps where the government fails to support our young people.

Where the government has let us down, charities have continued to work hard provide the services that young people need.

They struggle – often most funding they can apply for is for new projects, not the core funding they need to keep it going. The community and voluntary sector has always been key to providing youth services.

The National Youth Agency dates its history back to the 1960s. But in the face of it all, they have been brilliant.

Locally, I am in awe of the amazing youth work done by organisations like the Hangleton and Knoll Project and the Trust for Developing Communities. They are deserving of more money than they get from Brighton and Hove City Council to support them.

On Monday, a committee I sit on approved a review into the funding provided to youth organisations in Brighton and Hove.

Greens welcomed the review, particularly as it looks to consider a new central youth hub on the site of Brighton Youth Centre. Greens committed to this in our manifesto last year and I’d be thrilled to see it happen.

One of the options, and the preferred option for Brighton Youth Centre themselves, is working with Onside Youth Zones. Onside is a national charity which, in partnership with an existing youth centre in our city, is proposing support for a new building for youth work in the city.

Having seen for myself what Onside do, I’m really hopeful about what they can do for young people here.

This feels so positive. It wasn’t long ago that a community campaign was fighting against an 80 per cent cut to our youth service budget. It’s thanks to the #ProtectYouthServices campaign that there is still £400,000 given to youth organisations in our city and that the 80 per cent cut proposed was eventually just 15 per cent.

I’ll hold hope. But the fight for better funded youth services isn’t over. Until then it’s up to all of us to keep singing their praises.

Councillor Hannah Clare is the Green group lead for youth services in Brighton and Hove. She was co-chair of the Young Greens from 2015-17.