Disabled bus passes to be valid round the clock 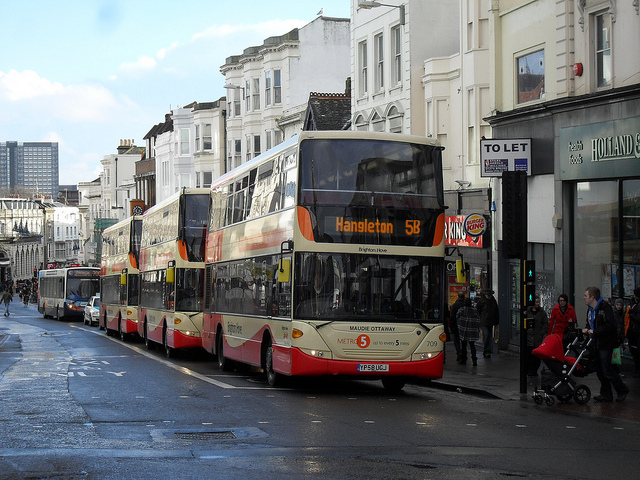 Bus passes for disabled people are being extended to allow travel at any time.

A deal between the city council and Brighton and Hove Buses sees the pass extended to allow travel between 4am to 9am on weekdays, in addition to the current 9am-3.59am passes.

The deal is expected to take effect from the start of April.

There are currently 7,000 disabled people in the city with concessionary bus passes funded by parking charges

Last year 9.8million concessionary journeys were made in the city by its resident 42,700 bus pass holders.

The 9am start time for bus passes was raised by disabled people at a hustings event during the general election campaign as it prevents people from getting to work, university and college on time.

Campaigner Amy Smith brought the issue to councillors attention through a petition.

She explained i her own position starting work at 9.30am was rare and she had been refused access on a bus at 8.58am before.

Her petition said: “Disabled people work too. Stopping us from boarding the bus is bordering on discrimination assuming disabled people don’t work.”

In response to the change going through she said: “I am delighted to hear about this passing.

“This means disabled bus users have greater independence and can commute alongside everyone else in their rightful place.”

“She has done fantastic work.”

Labour councillor Clare Moonan shared her admiration for Miss Smith and people with disabilities who she described as overcoming extra hurdles to get around.

She said: “It proven to be a barrier for people who wanted to work.

“Supporting people into work is a real priority because it’s good for them as an individual, for their economic well being,  good for their mental health, all the good things that work does for us.”

Emergency shelter to open every weekend