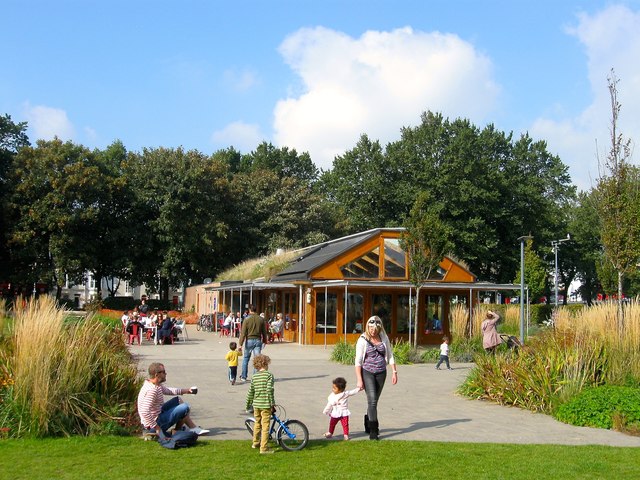 The Level cafe by Simon Carey from geograph.org.uk

The city council has been left to foot a huge bill to replace a leaking eco roof which was only built seven years ago.

The cafe on The Level was built in 2013 as part of the award-winning revamp of the central Brighton park. Contractors Thomas Sinden said the cafe construction project was worth £1 million.

But earlier this year, the roof had to be replaced because it was leaking.

And according to a Freedom of Information request from a member of the public, the council has picked up the £77,000 cost of replacing it – even though it’s still under warranty.

Its response appears to put the blame on the fact so many different companies were responsible for its installation, no one company is liable for the replacement.

When making his inquiry, resident Ted Newton said either the architect or the contractor should pay for the repair.

He told Brighton and Hove News: “I have a gripe with the whole Level thing. Once you start getting money from the Heritage Lottery Fund it’s like free money and it’s thrown around willy nilly.

“There used to be a little kiosk selling chips and those people had been there for years and they weren’t involved in anything to do with the Level revamp, they were simply told their lease was going to be ended.

“That cafe just represents everything that’s wrong with how Heritage Lottery Fund money is spent.”

In its response to Mr Newton’s FOI, Brighton and Hove City Council said: “We used a standard form of contract with a commercial warranty.

In a subsequent response, it added: “Even where successful, not all costs would be recoverable.”

The council owns the building and is responsible for its upkeep. It first leased it to the Velo Cafe, run by Small Batch Coffee, and is now run by Tomato Dolce and Salato.

The work on the cafe is featured as a case study on websites of several of the contractors involved in its construction.

Organic Roofs, which also helped install the replacement roof, features the then Velo Cafe roof in a piece entitled Organic Roofs vs Cowboy Builders about their appearance on a Channel 5 TV show.

It said: “Some of the multiple benefits Lee (Evans, company director] explained included the greatly extended lifespan of the waterproofing . . . and the magical figure of cost.

“Overall the message was that everyone can do their bit, and the upfront investment is more than balanced by the life cycle savings.”

Organic Roofs did not respond to a request for comment.

Hertalan, which manufactures the waterproof panels used by Organic Roofs, also featured the Level Cafe in an online case study.

Architects Knox Bhavan and contractors Thomas Sinden also feature the cafe on their websites. Neither responded to a request for comment.

Brighton and Hove City Council also failed to respond to a request for comment.