A man suspected of fraudulently using a stolen card has been captured on camera shortly after a burglary in Brighton. 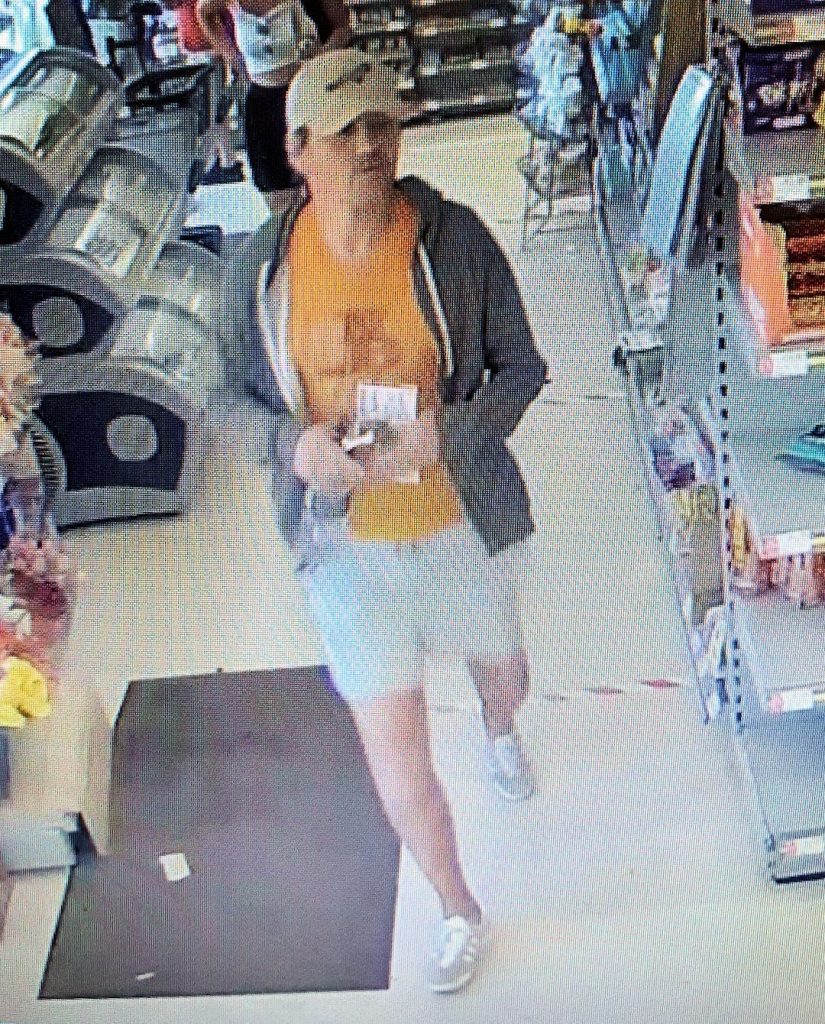 Police are trying to track down this man

Sussex Police released a security camera shot of the suspect as they try to identify and trace him.

The force said: “Police in Brighton would like to talk to this man about his use of a bank card stolen in a burglary in the city.

“He was seen using the card at Longridge Avenue in Saltdean shortly after 3pm on Sunday 31 May where cigarettes, alcohol and a scratchcard were purchased, and again a short while later at Sainsbury’s in Peacehaven, where he also bought cigarettes.

“Earlier that day a bungalow in Manor Hill, Brighton, had been entered and the bank card had been stolen.

“Anyone who can help identify the man or who has any other information is asked to contact Sussex Police online or by calling 101, quoting serial 49 of 01/06.”