A restaurant has been granted planning permission two years after it opened.

Persia in Church Road, Hove, started trading two years ago even though Brighton and Hove City Council turned down a planning application for a change of use from a shop.

At the time councillors were concerned about an entire block of businesses converting into restaurants on what was a bustling shopping street.

The application, which included changes to the shop front and ducting, was also refused on appeal in April 2019.

But the planning inspector did not oppose the principle of turning the shop premises into a restaurant.

Labour councillor Clare Moonan spoke on behalf of residents in her Central Hove ward who opposed the change of use when the latest application went before the council’s Planning Committee today (Wednesday 8 July).

She said: “There has been a slow shift away from retail towards more restaurants and cafés.

“We also need retail in George Street and Blatchington Road as this is an important shopping destination for people in Hove.

“If we lose retail drip by drip, then the existing retail will no longer be viable.”

Green councillor Leo Littman, who grew up in the area, said that the planning inspector’s decision did not reflect the real world where shops were now restaurants.

He said: “I agree with Clare Moonan. This is gradually turning a shopping street with occasional places to have a bite to eat into the opposite.

“Unfortunately, we will have to uphold the inspector’s decision and it will become another block of restaurants.”

He abstained from the vote along with Conservative councillor Carol Theobald who was a regular customer at the luggage shop – Stanlee – that used to be on the site. 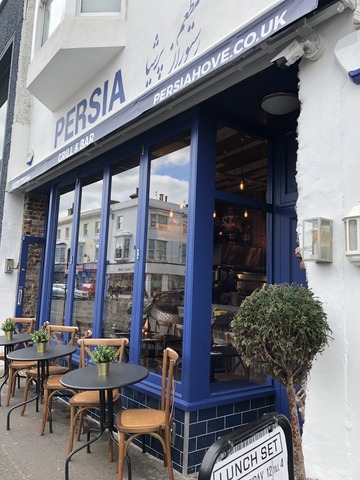 Councillor Theobald said: “There are probably over 100 restaurants and cafés along that road.

Labour councillor Tracey Hill, who chairs the Planning Committee, said that the planning inspector’s decision would drive the committee’s decision but she had sympathy with the arguments for rejecting the application.

One of the conditions limits takeaways to pedestrians only, banning any cycle, motorcycle or vehicle-based delivery service.

In April last year Persia’s owner, Ebad Abdolkhani, was granted an alcohol licence despite opposition from residents and councillors.