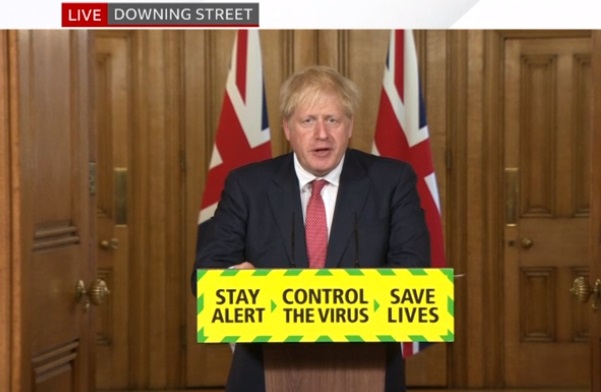 Councils will be given more power to impose local lockdowns if there is an outbreak in their area from tomorrow, it was announced today.

Central government will also be able to issue stay at home orders and restrict movement in, out and around affected areas.

Brighton and Hove currently has one of the lowest rates of new coronavirus cases in England. According to the last government report, published on July 9, the ten areas with the highest recent cases are mainly in northern England, with Bedford the most far south.

Mr Johnson said: “Today we are publishing our framework for containing and controlling future outbreaks in England which will

From tomorrow local authorities will have new powers in their area. They will be able to close spcific premises, shut public outdoor spaces and cancel events

“These powers will enable local authorities to act more quickly in response to outbreaks where speed is paramount.

“Where justified by the evidence, ministers will be able to close all sectors or types of premises in an area introduce local stay at home orders prevent people entering or leaving defined areas, reduce the maximum size of gatherings beyond national rules or restrict transport serving local areas

“I know it will be tough going for people affected by these local measures. It isn’t easy and for some people it may seem unjust people just a short distance away can live their lives closer to normal but it has to be right we take local actions in response to local outbreaks.”