Albion finished the longest season as they started it – with an away win.

In the dark days of full lockdown, it looked likely at times that the Premier League season may not even reach a conclusion and when it was suspended on Thursday 12 March the Seagulls were in awful form.

However, since the resumption, Albion have won three, drawn three and lost three of their remaining nine matches.

Today the Seagulls started slowly against Burnley but quickly grew into the match and, with Tariq Lamptey and Alexis Mac Allister running at the Burnley defence, soon had the upper hand.

Yves Bissouma won the ball just outside the area, then won a lucky rebound and fired a 25-yard effort past Nick Pope. The Burnley keeper was desperate for a clean sheet to win the golden glove.

Mac Allister soon had a chance but fired straight at Pope as Albion piled on the pressure.

Lamptey, although positioned as a full back, was almost as far as Solly March on the other side – and it was Lamptey’s cross that saw Neal Maupay’s header hit the bar. Aaron Connolly put an overhead kick wide from the rebound.

Just before half time, former Albion loanee Chris Wood, who played for the Seagulls at Withdean, broke clear of his old team-mate Lewis Dunk and slid the ball past Maty Ryan for 1-1.

Soon after half time Aaron Connolly wriggled into space and saw his shot hit the shins of Pope from a tight angle – but minutes later Maupay kept the ball in and set Connolly scampering away to literally pass the ball into the bottom of the net to put Albion back in front.

Burnley upped their game a little and Jay Rodriguez scored from a corner from Johann Berg Gudmundsson but this was ruled out by VAR.

Wood saw an effort cleared off the line by Adam Webster, and Lewis Dunk showed some silky touches as he played the ball out of defence.

Late on Kevin Long appeared to have blocked Connolly’s shot with his hand in the penalty area but nothing came of the appeals.

Albion saw the game out fairly comfortably and, based on points gained, 41 this season, attained their second best ever finish in 15th place.

But about that 1983 style home shirt? Not one for the traditionalists. 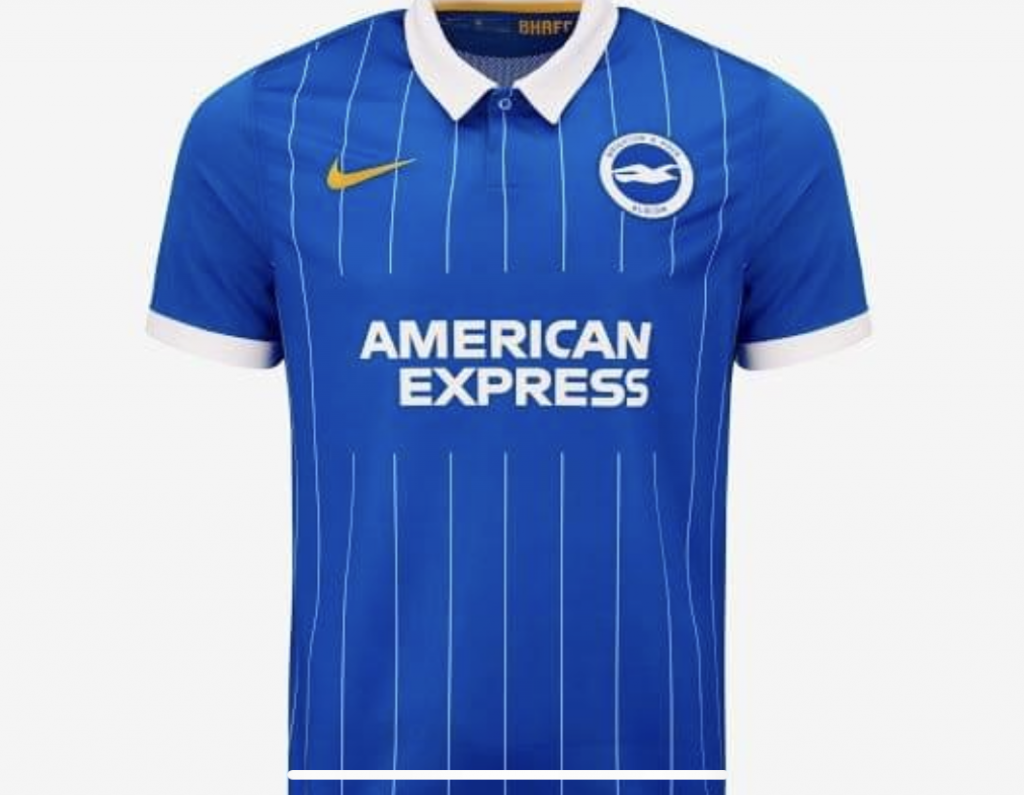 Albion have played in stripes of one form or another at home since the 1987-88 season. They played in all blue from August 1980 to May 1987, with the occasional pinstripe here and there.

So we wait to find who the Seagulls face in their all blue shirt on Saturday 12 September when the new season starts. Until then, stay safe – and if you don’t like the new shirt, try to mask it.