The council should repair and reopen the Madeira Lift which is needed more than ever, according to a leading Conservative. 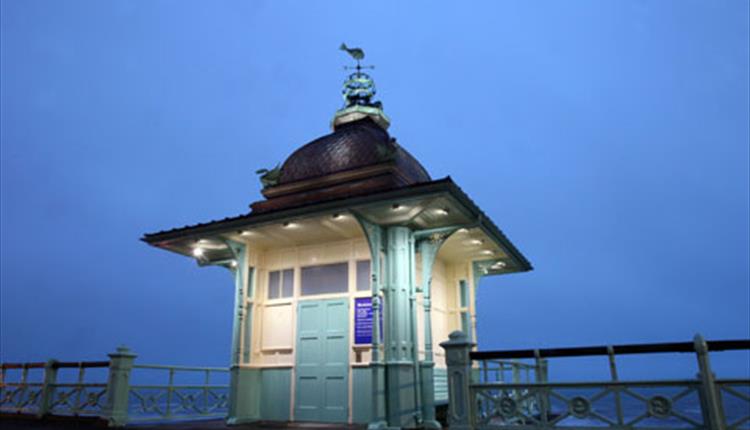 The former leader of Brighton and Hove City Council said that the lift had been closed since last season.

And she said the council had carried out only temporary repairs since the area was stripped of copper by thieves last Christmas.

This had been blamed on a lack of safe access from the continued closure of Madeira Terraces.

The grade II listed lift was restored under the previous Conservative administration and reopened by Councillor Mears when she was council leader in 2009.

The council said that the lift was not reopened this summer because of the coronavirus pandemic.

But Councillor Mears said that the heritage listed Madeira Lift had never been more needed than today.

With the closure of Madeira Drive to vehicles, it was the council’s duty to get it working, she said, to help people with a disability to reach the seafront.

Councillor Mears said: “The last Conservative administration took pride in the city and restored its heritage, including the bandstand, as well as ensuring the eight miles of seafront railings were regularly painted – and we restored the famous Madeira Terraces Lift.

“It is an absolute tragedy that successive Green and Labour administrations have left the Madeira Terraces to decay and that now they are leaving the lift to decay after the copper theft at Christmas.

“The council needs to work harder to get the lift repaired and working again.

“The lift should be running daily at the moment and helping people with a disability access the beach during a time of need.

“The blue badge holders currently have nowhere to park in Madeira Drive and reopening the Madeira Lift would mean people with a disability could continue to enjoy the area while Madeira Drive remains closed.

“A quarter of a million pounds of taxpayers’ money was put into the restoration but the Labour and Green administrations have let it fall into disrepair right at the moment it is most needed.”

The aims include driving economic growth, boosting tourism and rebuilding city pride as the country emerges from the pandemic.

The five parts are