Hundreds of parents have signed a petition calling for cheaper school uniforms.

The petition was started by former councillor Emma Daniel to try to reduce the number higher-cost branded items parents are expected to buy for secondary school students.

During her time as a member of Brighton and Hove City Council, Ms Daniel set up a school uniform and coat bank.

When she spoke with community groups, she found that uniform was more of a cost issue then coats.

She said: “I did wonder with schools having to cope with the covid crisis, is now the time to campaign.

Ms Daniel is concerned about the effect of uniform costs on family budgets as more households receive universal credit while others, where parents still work, face increasing food and fuel bills.

After speaking with other parents, Ms Daniel worked out that secondary school uniforms cost a minimum of £121.

One parent, whose children attend one of the city’s academies spent, £300 kitting out two boys.

A mother whose child attends a different academy struggled to spend £250 ensuring their child had the £120 required uniform and PE kit, along with additional polo shirts, coat and shoes.

Ms Daniel said that families were borrowing money to pay for uniforms and found it humiliating that they were asked to approach the head teacher for help.

She said: “Right now, we know the Food Partnership working in the city is giving out thousands of food parcels – a lot of those to families with children.

“It undermines their work when households get food parcels and then have to borrow money for uniform.” 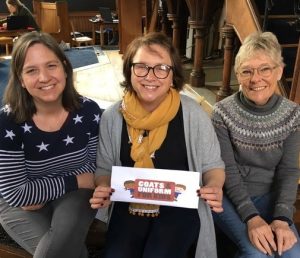 She said that she wanted branded items to cost no more than £50, such as a school jumper or blazer.

At her daughter’s school a branded polo shirt is £8.85 while an unbranded packet of three from a supermarket costs £6 or less.

She said: “I’m not anti-uniform. I support the schools who think uniform is important.

“The argument is it makes it a leveller and making kids in poverty not show up.

“The reality is to achieve that kids are losing out on other things they need in order to pay for uniforms and that is not right.

“It is as important that a child has food on the table and the heating on when they’re at home studying.”

Ms Daniel said that at the moment pupils were going to school in their sports kit on PE days.

She said that when schools had optional but branded leggings and long-sleeved tops, those who could afford only the mandatory polo shirt and shorts stood out and spent the day getting cold as they were not permitted to wear plain leggings or joggers.

She said: “I don’t think they realise what that means. If a poorer child doesn’t have those items they spend the day cold or they have to wear their school jumper with the sports kit.

“That looks a bit weird and is quite humiliating as it’s massively obvious they don’t have the full sports kit.”

Ms Daniel wants to present her petition to a meeting of the full council on Thursday 22 October.

If more than 1,250 people sign it, the petition will be eligible for debate.