Plans to restore at least 30 Victorian arches on Brighton seafront have taken a step forward as councillors enthusiastically agreed to push ahead with the project.

Progress on the Madeira Terraces revamp – dubbed MT30 by the council – will mostly be behind the scenes until October next year when work should start on site.

Senior members of Brighton and Hove City Council were positive about the progress so far at a “virtual” meeting of the Policy and Resources Committee yesterday (Thursday 9 October).

If all goes to schedule, a planning application will be submitted next April.

Conservative councillor Joe Miller, who proposed funding plans for the multimillion-pound project at the council’s budget meeting earlier this year, said that he was “excited” to hear that the project was moving forward.

Councillor Miller said: “It’ll be very interesting to see how the new administration may commit itself or not to Madeira Terraces’ ongoing restoration and whether it forms part of the underlying capital budget, which I think it should.

“I wait with anticipation as to what may happen in the coming few months.”

Consultants from a firm called Fourth Street have worked on the first stage of the design brief and business model, consulting with the community, councillors and council officials.

Council leader Phélim Mac Cafferty said that at the last full council meeting his group had underlined its commitment to the arches.

The Green councillor said: “It’s not just what you say. It’s what you do. I hope you won’t be disappointed in the weeks and months to come by what we do on this.”

Green councillor Tom Druitt praised those who had campaigned for years for the Madeira Terraces to be restored.

And he praised former Labour leader Warren Morgan for backing the crowdfunding campaign which raised £440,000 – enough to pay for three arches to be restored.

Councillor Druitt said: “Madeira Terraces was the first campaign I got involved with as a councillor in my role as the Green Party spokesperson on economic development.

“It’s something we’ve been campaigning for ever since.” 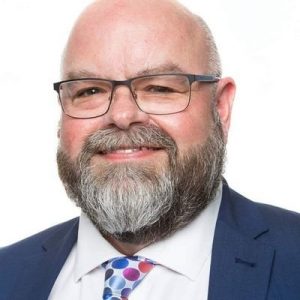 He also praised fellow Green councillor Claire Rainey, who represents Queen’s Park and is the lead member on the Madeira Terrace Project Board, for backing the terraces as something “dear to her heart”.

The council currently has about £6.7 million set aside to fund the project.

Detailed designs are due to be brought before the Policy and Resources Committee next year.

These should include a decision on which stretch of the arches to restore first – immediately west of the Concorde 2, the west end of the Terrace or the eastern end.

The council proposes refurbishing at least one staircase during each phase of the work and ensuring that the area can be reached by lift.