Councillors have welcomed a petition calling for a trial of universal basic income.

The ruling Greens and the Labour opposition agreed to ask the government to support a trial of the proposal in Brighton and Hove.

Ms Gordon-Walker presented her petition, with 2,308 signatures, to a meeting of the full council.

She said that universal basic income provided people with a floor to stand on rather than a safety net full of holes that people could fall through. And it would give everyone the same amount of money, without conditions.

Green councillor Martin Osborne said that the council’s chief executive Geoff Raw should ask the Chancellor to allow the council to carry out a feasibility study.

Councillor Osborne said that people were surviving from pay cheque to pay cheque, with parents choosing to feed their children while going without themselves to ensure that they could heat their home.

He said: “There are now 14 million people in poverty in the UK, four million of whom are in extreme poverty or destitution. This should not be the case in the fifth richest country in the world.”

He said that most were in working households and those who were not in work were trapped in a conditional benefits system.

He said: “If the council agrees to progress action on universal basic income, the more councils that do this across the country, the more pressure we can put on the government to at least do a trial.

“We’re not saying this is going to work. There are a few things that have to be worked out. But we believe it does work and it will work and we want to see a trial so that we can see the results.

“It’s no point in arguing the pros and cons in a council chamber. Let’s do a trial. Let’s see what the effects are in practice.”

Labour councillor Gill Williams backed the idea, saying that before the coronavirus crisis she could see the benefits system was failing due to lack of funding. 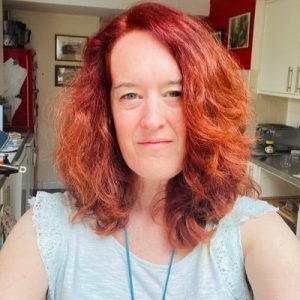 Councillor Williams said: “This crisis has exacerbated the need for a radical alternative and this concept may well be it.

“There are going be widespread job losses due to the coronavirus pandemic. This has led to a renewed interest in this idea. Maybe it is time to get radical.”

Independent councillor Bridget Fishleigh said that was working on a basic income scheme in an African country in her professional life.

But she voted against further discussion of the concept by the council’s Policy and Resources Committee because she said that councillors should focus on “immediate challenges not abstract national issues”.

She said: “To be honest, the reputation of our city, in my opinion, is in tatters and I would like to see the council take a low profile when it comes to controversial national issues.

“The Policy and Resources Committee should be spending as much time as possible focused on protecting and rebuilding the city’s economy and working out how to fill the huge covid hole in the budget.” 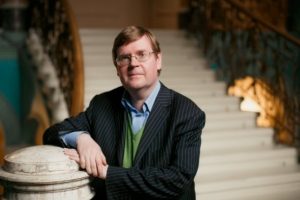 Conservative councillor Alistair McNair also spoke against the proposal and said that the prospect of a universal basic income was both dystopian and utopian.

He said that giving people £1,200 a month would allow them to become artists, poets or “historic dress enthusiasts”, knowing that they have a safety net.

But it would also mean redundancies for public sector workers, stagnating wages and increased prices.

Councillor McNair said: “Many very small and very flawed studies have been made of universal basic income.

“Surely Brighton and Hove should offer itself up as a patient. Aren’t we already etherised upon the table ready for this magic potion?

“One outcome – Brighton and Hove will become even more unaffordable.”

After a vote, Ms Gordon-Walker said: “It’s great that the council have committed to write to the government to ask for a trial.

“Parliament will undoubtedly say ‘no’ yet we can see from the bailouts and furlough schemes that they can spend when they want to.

“Our benefits system is costly and ineffective. People are literally dying under austerity measures. A live-able income would transform our society for everyone. We all deserve the means to live.”