Police are concerned for the welfare of a Brighton man who has been missing since the start of the week. 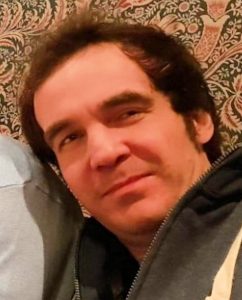 Sussex Police said: “Liam Hansen hasn’t been seen since Monday (7 December) after going missing from his home in Brighton.

Liam, 36, was last seen in St James’s Street at around 12 noon on Monday and it is believed that he may have travelled to the Littlehampton area.

“But he may also still be in the city and perhaps sleeping rough.

“He is white, 5ft 10in, of medium build, unshaven with slightly receding mousy hair.

“He was wearing a grey hooded top, blue or black Adidas bottoms and was carrying a black backpack with sleeping bag.

“There are concerns for his welfare and anyone who sees him or knows of his whereabouts is asked to report online or call 101 quoting serial 806 of 07/12.”