Fears that a proposed merger of two hospital trusts would mean patients travelling further for treatment were spelt out at a council meeting yesterday (Wednesday 9 December).

She said: “I was really concerned and voiced a concern then that anyone living on the other side of Haywards Heath – having only 45 minutes to get specialist care – would be sailing past their old stroke unit at Princess Royal to come to Brighton.

“I find that quite concerning and I would not want to see that replicated with other services at any time in the future when areas are merged.”

Rob Haigh, chief of medicine at both trusts, said that they would both keep their own stroke services, adding that those at the Royal Sussex were highly rated.

He said that there were no plans to close any accident and emergency (A&E) or maternity departments either.

There was previously a prolonged and successful cross-party campaign to keep A&E and maternity services at the Princess Royal after health chiefs announced “rationalisation” plans.

It followed an earlier unsuccessful campaign to keep maternity services at Southlands Hospital, in Shoreham. They transferred to Worthing General Hospital.

Oliver Phillips, director of strategy and planning at both trusts, said that the Royal Sussex was the only hospital in Sussex with a cardiac service currently offering bypass grafts.

He said: “It is small compared with centres in London. At the moment a significant number of people still go to London or Southampton.”

But he added, with the merger and with the modernisation of the Royal Sussex site, it would become possible to treat more people locally, saving them from having to travel to London for treatment.

The proposed £1 billion merger of the two trusts was announced in July and the full business case was agreed by the boards of both trusts last week.

The full business case has since been submitted to NHS England, with the hope that the merger could take effect from the start of next April.

If so, the merger would happen four years after Western’s board took over running Brighton and Sussex University Hospitals (BSUH) under a management agreement.

In since the takeover, BSUH has emerged from “special measures”, having been rated inadequate by the Care Quality Commission (CQC) in August 2016.

The trust had also been placed in “financial special measures” as its deficit soared to more than £70 million. 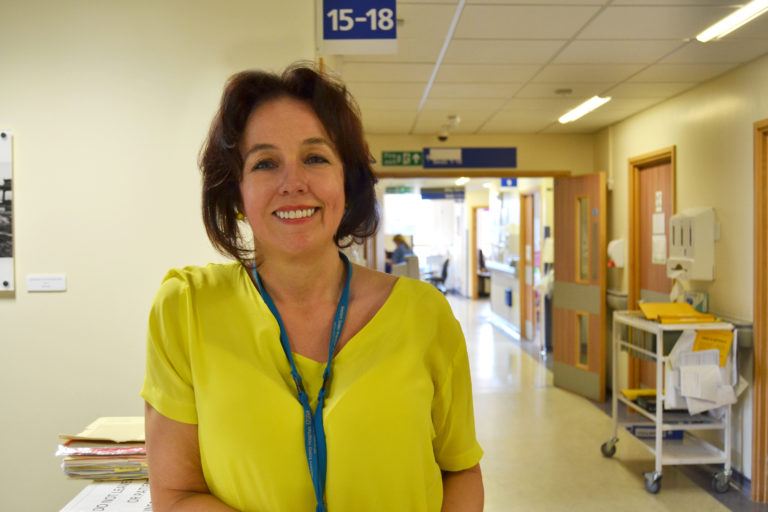 BSUH has since become the fastest improving hospital trust in England, ranked as good overall and outstanding for caring in its most recent CQC inspection.

Its financial position has steadily improved and in September its historic debts were written off by the government.

Western Sussex is the first hospital trust in England to be rated as outstanding in every category by the CQC.

Among the benefits, Dr Haigh said that the merger was having a positive effect on the recruitment and retention of a high-quality workforce.

He said: “Already we are seeing the benefits of the news of the merger impacting in terms of clinical recruitment in all four acute hospitals. That is a major benefit.”

BSUH nonetheless expects to recruit abroad next year to try to alleviate a persistent shortage of nurses.

The HOSC was also told that the £485 million modernisation of the Royal Sussex site had fallen slightly behind schedule because of the response to the coronavirus pandemic.

Construction workers were having to keep “socially distanced” when possible and this had slowed down progress on the Eastern Road project.

He was unable to give an exact completion date but said that work on the outside of the new main building was largely finished and now focused on fitting out the inside. The trust has web pages dedicated to the project.