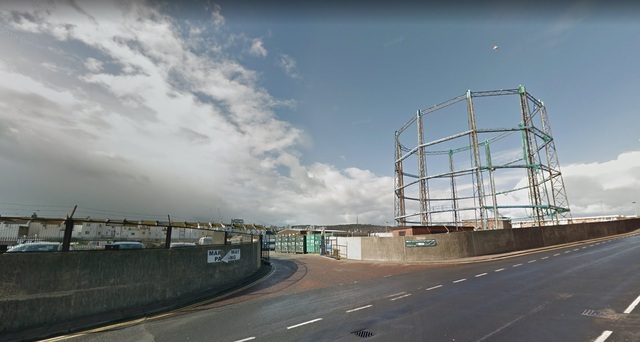 Dangerous toxins could harm people in Brighton if plans to build homes on an old gasworks go ahead, a scientist has warned councillors.

Keeley Bignal said toxins such as lead, asbestos and benzopyrene could be released into the atmosphere from the Marina Way site, near Brighton Marina.

Dr Bignal said that people living near a similar scheme in Southall, in London, were taking legal action after reporting increases in cases of asthma, nausea, chest pain and cancer.

Like the Brighton gasworks proposal, the scheme in Southall has been developed by St William, a joint venture between National Grid and the Berkeley Group.

Dr Bignal said: “As a resident and environmental scientist, I cannot express how concerned I am about the release of these toxins into the atmosphere, given the nature of the development, a high-rise with deep foundations and excavations.

“I worry about whether my little boy play safely in the garden and my neighbour’s baby just born.”

She shared her concerns at a Brighton and Hove City Council meeting on Thursday (17 December).

At a virtual meeting of the full council, Dr Bignal asked whether councillors would rather toxic chemicals were locked in the ground or leaking into people’s homes.

She asked Green councillor Siriol Hugh-Jones if new homes were more important than people and if she thought that the toxins should stay in the ground.

Councillor Hugh-Jones said that any work on the gasworks site would be highly regulated by both the Health and Safety Executive and the Environment Agency.

She said: “I really appreciate your concerns and fears. I can assure you the protection of residents’ health and safety remains a top priority for the council, particularly when it comes to remediating a contaminated site like the Brighton Gasworks.

“This is also a site which should be capable of being remediated safely. We would like to it see redeveloped for much-needed homes and jobs.”

She said that any application would receive the full scrutiny of council officials and the council’s Planning Committee but she was willing to learn more about potential risks.