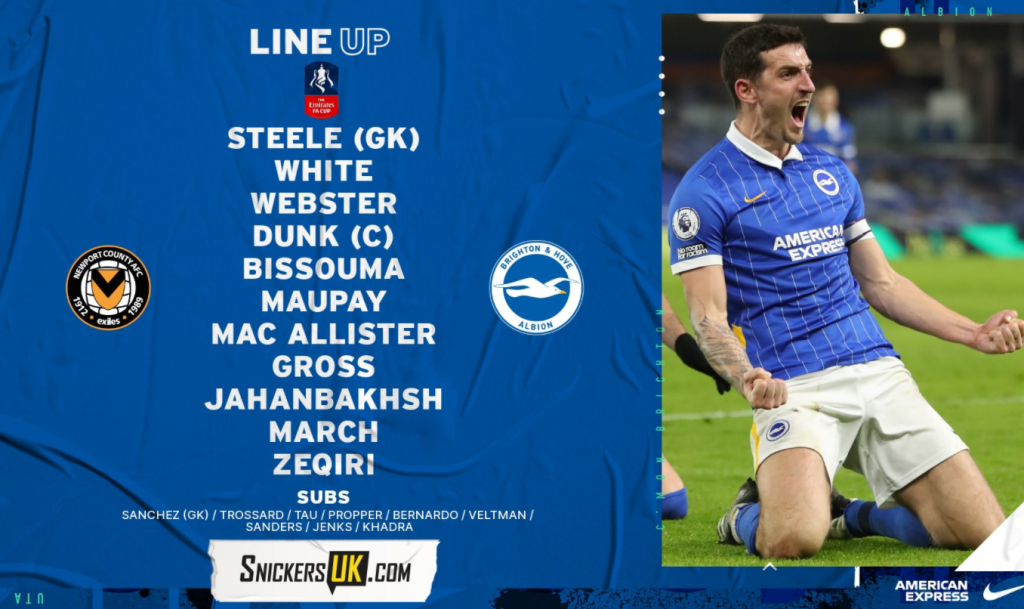 Albion visit Newport for the first since November 1966 as Percy Tau makes his long-awaited appearance in the squad as he is named as a substitute.

Albion will want to emulate Crawley Town who progressed to the fourth round by beating Leeds United earlier today.