Independent candidate Roy Williams is a retired former Metropolitan Police inspector who describes himself as an English constitutionalist.

He declined to answer the questions.

Mr Williams said: “I have no faith in the mainstream media (MSM)/fake news and will be having interviews with alternative media outlets and will be producing some of my own videos which I will post on my Facebook page over time.

“I consider the MSM with all of its ongoing censorship and propaganda to be a part of the problem and will not be engaging with you.”

In a post on his Facebook page, Mr Williams responded to one of the questions put forward by the public about policing protests.

He said: “I have been approached by a ‘local democracy reporter’ who has sent out a list of questions to all PCC candidates to answer in assisting her to create candidate profiles.

“The Local Democracy Reporting Service is a partnership between the BBC and the News Media Association.

“I will give an example of one of the questions: Vigils for Sarah Everard and protests by Extinction Rebellion and the Black Lives Matter movement have ended with riot police dragging people away while the English Defence League and other far-right groups are handled with kid gloves. How would you balance responses to different protests?

“It will be clear to the discerning reader that this loaded question completely mischaracterises the situation and many of us have seen footage of officers taking the knee at BLM protests where police have allowed violent behaviour and damage to property to go unchallenged.

“In contrast, we have seen nationally, an intrusive and aggressive response to people exercising their constitutional right to freely assemble and speak when protesting about lockdowns. 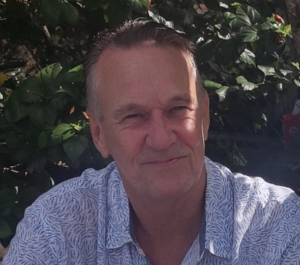 “A few weeks ago, I saw footage of two women, one quite elderly, being aggressively manhandled by two large male police officers in a park in Hastings on a Sunday morning for exercising their constitutional right to freely assemble and speak on the basis that they were somehow presenting a health risk to others.

“One of my questions to the Sussex Chief Constable, Jo Shiner, asked why officers under her command were routinely ignoring the constitutional rights of the people of Sussex.

“She failed to give an adequate response, though I have asked for a written response to allow her to fully express herself.

“The serving PCC has promised a response in writing. I wait with baited (sic) breath.

“So this type of loaded question is one of the many tactics that are used by mainstream media to trick, deceive and humiliate interviewees as it suits them.”

He added: “I have also been approached by BBC Sussex to take part in a debate with other candidates in advance of the election.

“I have no intention of taking part in anything related to the BBC or any other mainstream media outlet.

“The BBC is up to its neck in covering up paedophilia within the establishment and I have no intention of feeding the beast or being a performing monkey in one of their sideshows.

“I will, however, be taking part in interviews with alternative media sources and I will also produce a couple of videos of my own prior to the election.

“Please don’t consider that I am unable to hold my own in a debate or that I fear the other candidates. I do not.

“I just see the MSM as part of the problem and refuse to engage with them.