Two 12-year-old girls have gone missing in Brighton, Sussex Police said today (Sunday 23 May). UPDATE The two girls have now been found and are safe. 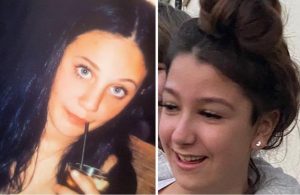 And concern was reported to be growing for Sofia Salvato and Emmie Hunt.

The force said: “Police in Brighton are searching for two missing 12-year-old girls who are believed to be together.

“Both are described as white. Sofia is 5ft 3in, of slim build, with blue eyes and long dark har.

“She was wearing grey leggings, black trainers, a black coat and was carrying a black rucksack.

“Emmie is 5ft 7in, of slim build, with long brown hair, and was wearing black leggings, a white Nike crop top, and a black puffa jacket with a fur-lined hood. She was carrying a black bag.

“There is concern for their welfare because of their age and vulnerability.

“Anyone who has seen them or has any other information on their whereabouts is asked to contact the police right away on 999 or 101, quoting serial 1326 of 22/05.”